Kate Middleton isn’t the only member of the royal family who has made a fashion statement on the red carpet of a James Bond movie premiere. Back in 1985, Princess Diana turned heads at the premiere of the Bond flick A View to a Kill. In fact, after reminiscing at old photos of the event, we’re seeing major similarities between each of their ensembles.

Last night, the Duchess of Cambridge, accompanied by Prince William, watched the debut of Daniel Craig's final appearance as Bond in No Time to Die at Royal Albert Hall in London. For the occasion, the mother of three donned a gold gown by Jenny Packham, which featured a cinched waist, a V-neckline and a dramatic cape that almost resembled long sleeves. Middleton paired the ensemble with flashy earrings by O’Nitaa and styled her hair in a neat updo. See the full look below. 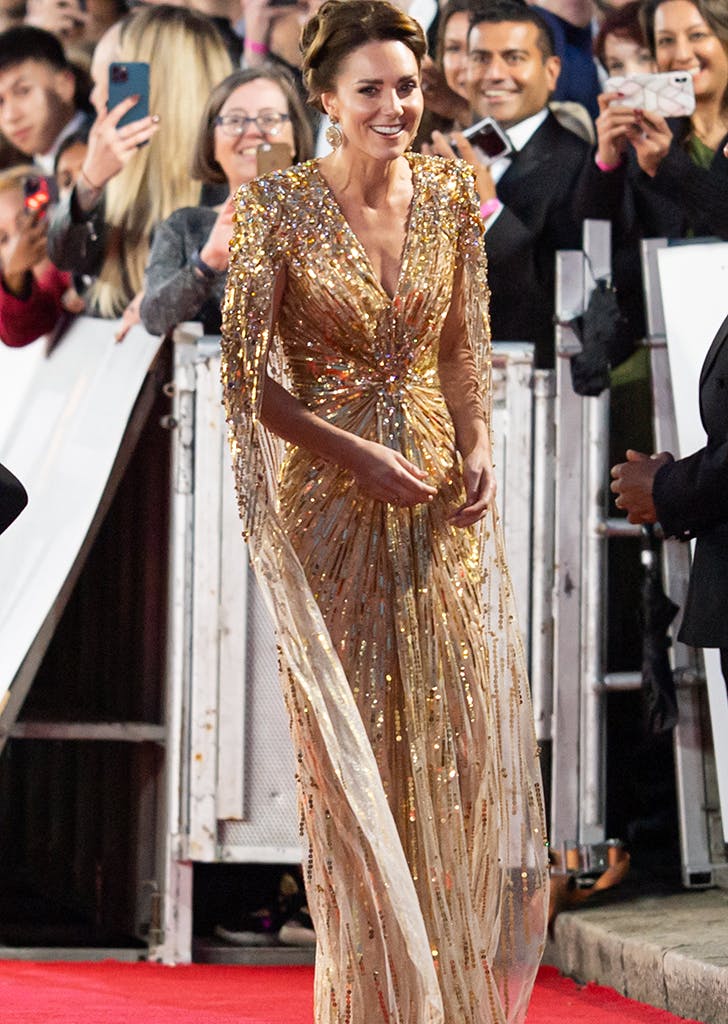 And we couldn’t help but notice the similarities between Middleton’s dress and the gown worn by Princess Diana 36 years prior. For the 1985 event, the Princess of Wales donned a backless, silver pleated gown with statement shoulders from designer Bruce Oldfield. Diana accessorized her look with matching stilettos and her signature hairstyle. 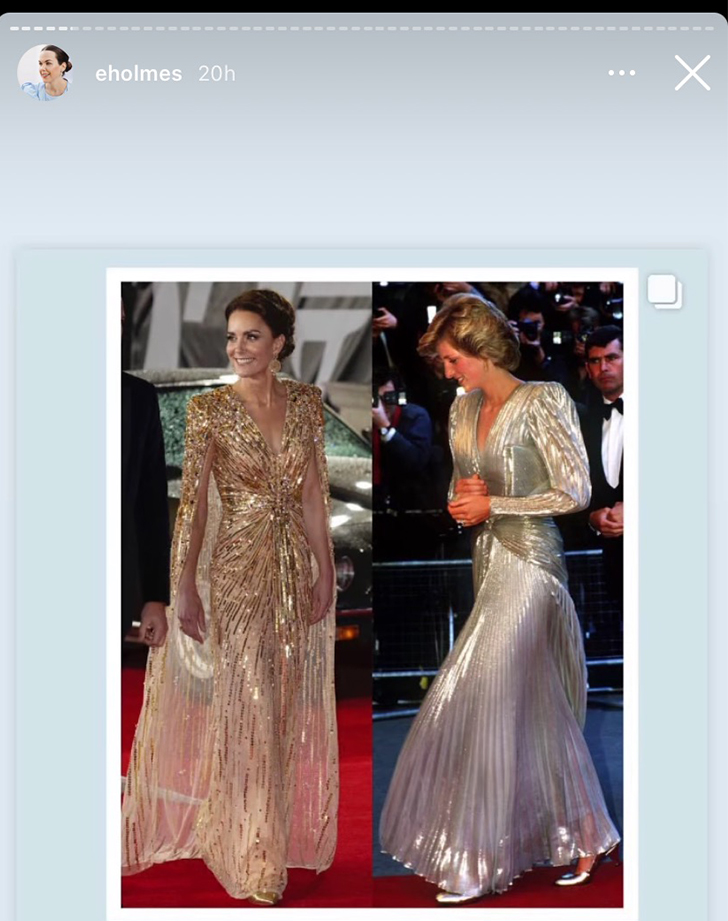 While we don’t have confirmation, we wouldn’t be surprised to learn that Middleton used her mother-in-law’s look as inspiration for her custom piece. (Royal expert Elizabeth Holmes seems to think so.) The Duchess of Cambridge has often channeled the late princess when attending major events and even sports her stunning diamond and sapphire engagement ring.

What a sweet way to honor Princess Di.