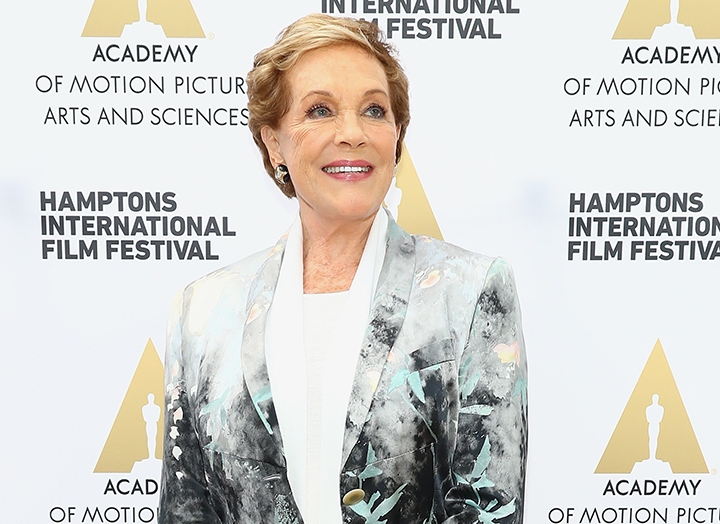 It’s quite the coup: Shonda Rhimes has nabbed the Julie Andrews to be part of her upcoming (and yet-to-be-named) Netflix period drama adapted from Julia Quinn’s Bridgerton Family series.

To refresh your memory, the New York Times-best-selling historical romance novels follow the eight children of the late Viscount Bridgerton in early 1800s England. According to Shondaland.com, the Bridgerton series is “a fascinating fictionalized look at London high society, a world filled with power, sex, romance and betrayal.”

So, what is Andrews’s role in it all? The legend will lend her voice—Gossip Girl-style—as an anonymous gossip writer who uses a mix of “social commentary and scathing insult to send the season of 1813’s town into an all-out frenzy.” Damn.

And while we’re sad we won’t actually see Andrews’s face in the series, we’re certain her vocal presence will be larger than life. (Remember how she spoke to Leisl in The Sound of Music? Or Mia in The Princess Diaries? Chills.)

As for the rest of the cast, it includes a slew of more up-and-coming names: Phoebe Dynevor of Younger will play Daphne Bridgerton and Regé-Jean Page of For the People will play Simon Basset, to name a few.

Still, we will have to wait until 2020 to hear Andrews and get a true sense of the show. But if The Crown has taught us anything, it’s this: When it comes to period dramas, Netflix pretty much delivers a master class.

Here’s What You Need to Know About Shonda Rhimes’s 8 (!) New Netflix Shows