Like tensions in Westeros, anticipation for Game of Thrones season eight is mounting. So, as self-proclaimed Thronies, we’ve been doing some digging (and theorizing) on what’s to come in the forthcoming final season. Here, we rehash season eight clues and predict what they might mean for Daenerys Targaryen, Jon Snow, et al. Enjoy. 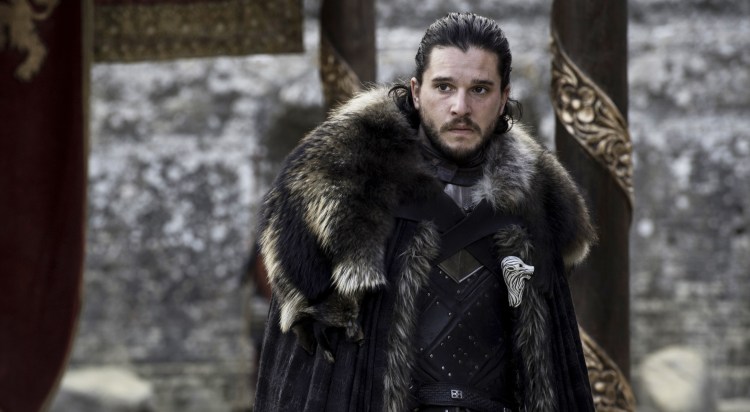 Thanks to the cast and creators David Benioff and D.B. Weiss’s telling interview with Entertainment Weekly, we know season eight will begin with Queen Daenerys’s royal procession as she, Jon and Tyrion arrive at Winterfell.

But their arrival won’t be all introductions and disagreements about rightful ownership over the Throne. Why?Because the season eight teaser trailer reveals a cloud of ice descending upon Westeros. It’s coming from the north and heading south fast and ferociously. We see the Wolf (the symbol of Winterfell) freeze, too, which could signify the White Walkers’ march south. The fire that meets the ice in the teaser trailer appears to do so right at the banks of the Trident River, the same spot where Jon Snow’s father Rhaegar Targaryen fought a “great war” and was killed. Coincidence? We think not.

Set photos also reveal that Jon Snow and Cersei Lannister had at least one scene together in what appears to be the Red Keep of King’s Landing, which means Jon Snow returns south to the land of Lannister. Uh oh. 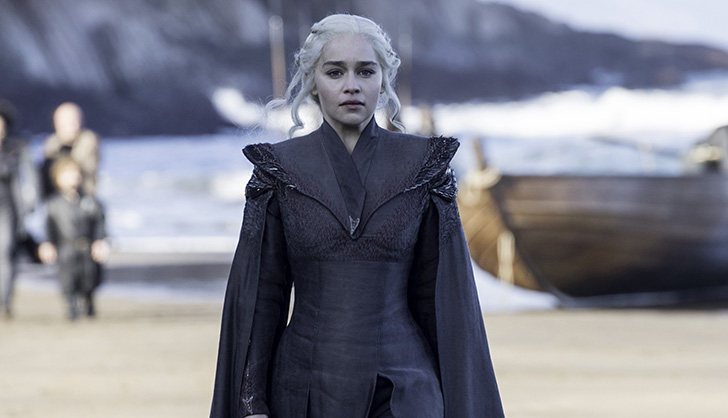 So What The Heck Is Going To Happen This Season?

Here’s what we think.

All signs point to the season beginning with Jon, Dany and the Dothraki arriving in Winterfell. Jon will be reunited with his cousin-siblings as well as with his best friend Samwell Tarly.

From there, we anticipate that Tormund and Beric Dondarrion will also arrive in Winterfell and totally screw up the happy reunion by telling everyone that the White Walkers broke through the Wall and are on their way to Winterfell.

Sam and Bran will try to get a word with Jon to explain to him the truth of his parentage and his rightful claim to the Iron Throne, but Jon will be preoccupied planning for the upcoming attack.

The White Walkers will arrive and a bloody, fiery battle will ensue at Winterfell. Despite having two dragons, a Dothraki horde, the Unsullied and all the Stark forces, Jon and Dany’s army won’t be victorious over the White Walkers.

Jaime Lannister will arrive to help the remaining forces retreat, at which point he’ll tell Jon, Dany and Tyrion that Cersei has no intention of sending help. Jon will be sent into despair thinking that there’s no way they can defeat the White Walkers, at which point Jaime and/or Tyrion will mention to Jon the cache of Wildfire remaining below King’s Landing. Maybe they can convince Cersei to let them have the Wildfire and use it to defeat the Night King. It’s their last and best chance, so Jon and Jaime will decide to ride to King’s Landing to meet with Cersei.

Once he arrives in King’s Landing, Jon will be immediately arrested by Cersei, hence the set photos of Jon in King’s Landing surrounded by guards. Cersei will send Jon to the prison cells beneath the Red Keep, mirroring Ned Stark’s situation in season one.

Despite Jaime’s plea to release Jon Snow, Cersei will claim he is a usurper like his father Ned and demand he be executed in public for all to see.

Meanwhile, in the north things won’t be faring any better. With Daenerys in charge of the armies, the Night King will continue to force them to retreat south. All the while, Daenerys will experience stomach pain and, with the help of Samwell Tarly, realize she’s pregnant with Jon’s child. This will lead Sam and Bran to tell Dany the truth about who Jon really is. Then, word will arrive from Jaime that Cersei has arrested Jon and is planning to execute him in King’s Landing.

Back on Cersei’s turf, she’ll have Jon marched out the same way she had Ned Stark marched out for execution—only this time things won’t go according to plan. As you’ll remember, Arya was a little girl watching from the crowd without the ability to intervene when Ned Stark was killed. But seven seasons later she’s acquired a set of skills to rectify her inaction. When Cersei orders Ser Ilyn Payn, the executioner (who also happens to be one of the few people still on Arya’s “list”), to cut off Jon’s head, Ser Ilyn will stab her instead before peeling his face off to reveal that he is, in fact, Arya Stark. She may not have been able to save her father’s life, but she’s now able to save Jon’s and cross two names off her list in the process. It’s poetic justice for both Arya and Cersei.

As the crowd erupts in chaos it will seem as if they’re doing so because of the queen’s murder, but really it’s because the Night King is flying over the city on Viserion’s back. Jon will order everyone to evacuate as the wights (the Night King’s zombies) descend on the city. He will draw them into King’s Landing and plan to sacrifice his own life by using the Wildfire to blow up the city and the wights. Arya will be forced to evacuate with everyone else.

Once again it will be Jon against the entire Night King’s army, but right as he’s about to light the Wildfire, Daenerys will ride in on Drogon, save Jon and say the magic word “dracarys.” With that, Drogon will ignite the Wildfire, destroying King’s Landing and killing the wights in the process. It won’t destroy the Night King and his army, but it will significantly diminish it, leading to one final battle at the banks of the Trident, in the same spot that Jon’s father and Daenerys’s brother Rhaegar Targaryen marched into what he thought was “the great war.”

Rhaegar Targaryen was a huge fan of prophecies and once read that the “Prince that Was Promised” would lead his army into battle at the banks of the Trident and come out victorious. He thought this prophecy referred to himself and his war, which is why he was so haphazard and reckless when he rode to fight Robert Baratheon at the banks of the Trident. He died, thinking the prophecy was wrong, but maybe it was just that the “Prince that Was Promised” wasn’t him…It was his son.

Boom. We can’t wait to watch it all happen.