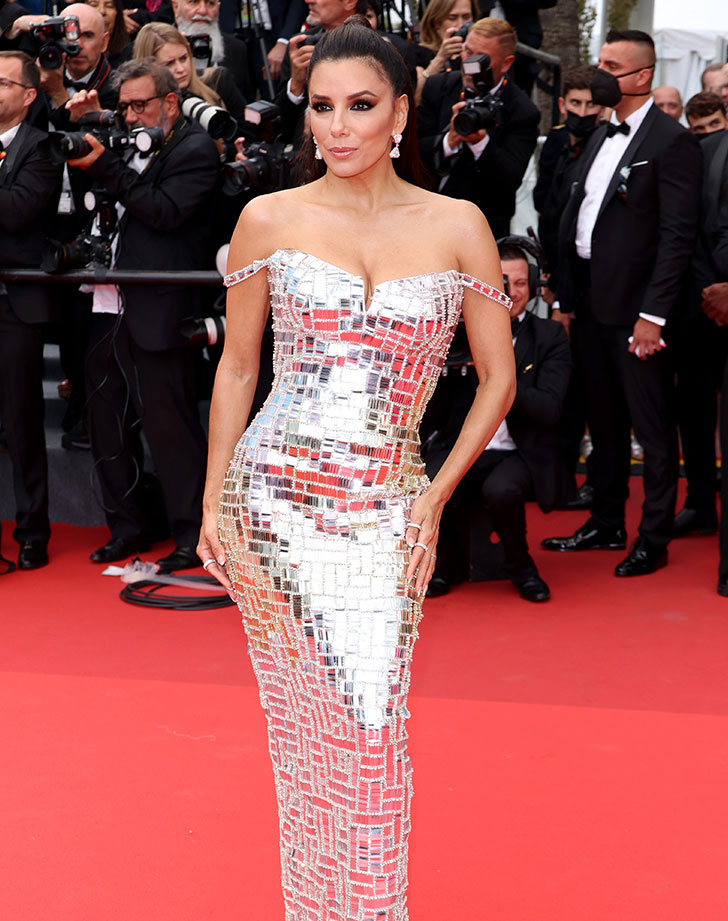 But, Longoria was not the only Hollywood star to attend the premiere. Viola Davis also made a special red carpet appearance, donning a custom-made Alexander McQueen yellow corset dress. The First Lady star rocked her natural hair to the event and decided to accessorize it with an orange flower pin.

The Oscar-winning actress was joined by her husband, Julius Tennon, who sported an all-black suit with a white buttoned-up shirt.

Top Gun: Maverick follows the Navy’s top aviator, Pete “Maverick” Mitchell (Tom Cruise). He is still the fearless pilot we came to know and love in the first movie. Now, Mitchell is tasked with training the new generation of Top Gun pilots and must confront the demons of his past.

The highly anticipated sequel played at the Cannes Film Festival before its official premiere on May 27, 2022. The movie is already getting rave reviews, with a whopping 97 percent on Rotten Tomatoes.

Just by that alone, longtime Top Gun fans should be excited for the new film.﻿