There are countless streaming options available at our fingertips, from Apple TV’s Roar to Amazon’s As They Made Us. But if there’s one show that’s going to be all the rage come awards season, it’s The First Lady.

The Showtime series just premiered last night, and it’s already receiving critical acclaim for its star-studded cast—in particular, Gillian Anderson, Michelle Pfeiffer and Viola Davis. Their performances are so spectacular, the trio will likely battle it out for the highly coveted title of Best Actress at the Emmys and Golden Globes (though if the producers are smart, they’ll split them over the Best Actress and Best Supporting Actress categories, despite all three clearly being leads).

Keep scrolling for an honest review of Showtime’s The First Lady. 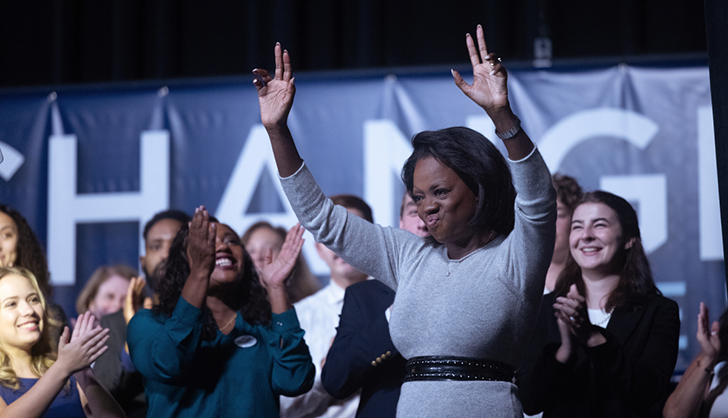 Showtime calls The First Lady “a revelatory reframing of American leadership,” but it’s so much more than that. The show reveals what it’s really like to marry a politician by focusing on three iconic First Ladies: Eleanor Roosevelt (Anderson), Betty Ford (Pfeiffer) and Michelle Obama (Davis).

While some events are dramatized for the sake of TV, the story gives viewers a brief history lesson unlike any other, mainly because it’s told through the perspective of the First Lady—not the President. To top it off, it goes beyond their lives in the White House and explores several important events—like their childhood, education and career—that made them who they are.

The first episode (which is now available to stream on Showtime) introduces viewers to each First Lady, highlighting the sacrifices each woman made for her husband. “A woman is like a tea bag,” Eleanor says. “You’ll never know how strong it is until it’s in hot water.”

Disclaimer: The show often jumps between locations and time periods, so you must pay attention if you want to avoid missing something and needing to rewind. 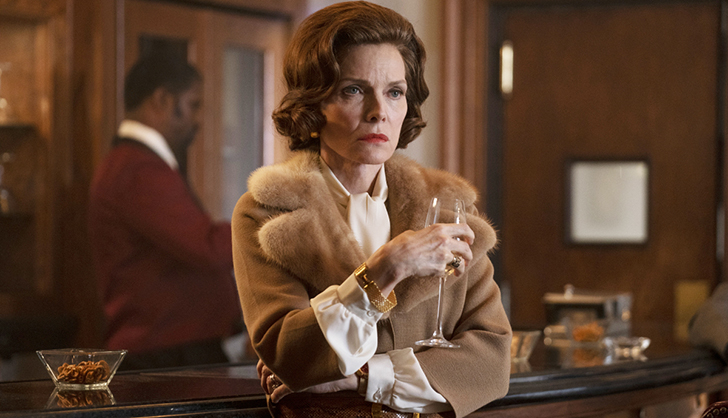 If there’s one key takeaway from The First Lady, it’s that the acting is spectacular. The female leads do a fantastic job of channeling each character, nailing everything from the accents to the mannerisms.

While the story explores multiple themes, the most prominent is feminism. But what makes the show unique is that it doesn’t overemphasize female power. Instead, it subtly documents their behind-the-scenes role in a way that doesn’t overshadow Mr. President.

The First Lady also offers a glimpse into the challenges these women faced at the time, like the stigmas of discussing mental health or pursuing a career (in addition to being First Lady). Anderson, Pfeiffer and Davis brilliantly tackle these subjects with grace—so much so that it seems they’ll all be in the running for Best Actress when awards season arrives.

The First Lady not only has an intriguing story line, but it also has a star-studded female cast that deserve all the awards. The only reason it didn’t receive a higher rating is because there’s only one episode out, so it’s difficult to judge the show in its entirety.

New installments are set to drop every Sunday, and if they’re anything like the pilot, then they’re going to be worth the watch.