Dan Levy certainly hasn't slowed down since the end of Schitt's Creek. The 39-year-old star is appearing in a number of major shows, including a new HBO series created by The Weeknd, called The Idol. And now that we have the latest trailer for the series, it's clear that this will be quite a departure from Levy's Emmy-winning comedy.

The man formerly known as David Rose shared the clip to Instagram, solely captioning his post with The Idol's release date: 2023. He also tagged “@theidol @a24 @hbomax.”

Its story follows a rising pop star (Depp) who becomes entangled in a relationship with a self-help guru/cult leader (Tesfaye). Oh, and it was created by Sam Levinson (who also created Euphoria), so you can expect plenty of sex, drugs and drama.

We get a brief glimpse of Levy in the new teaser, where he is seen asking, “Where did he come from?” His character is seemingly talking about Tesfaye's character, but it's unclear from the stitching of the trailer. 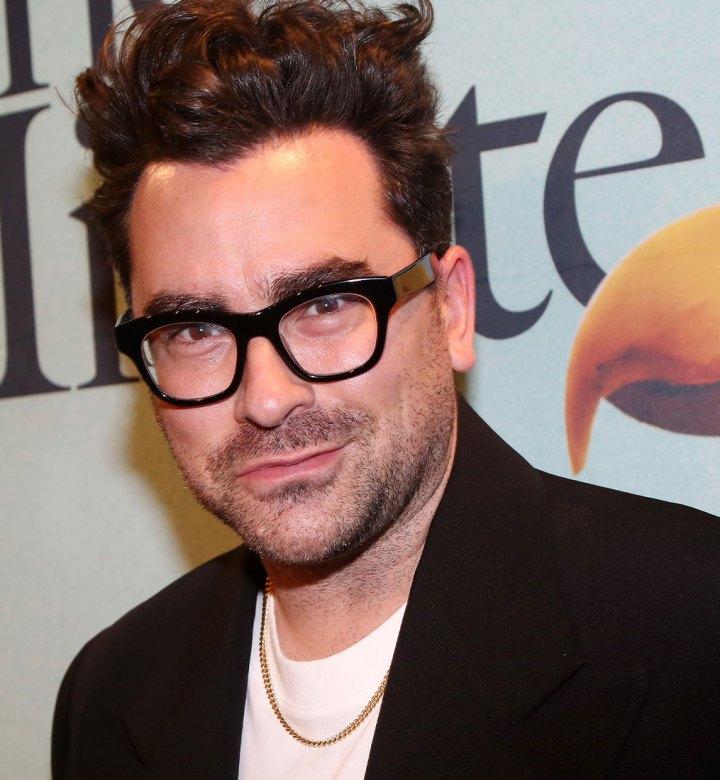 Based on the teaser alone, it's clear that The Idol is going to be a lot more serious than Schitt's Creek, and Levy noted this change back in August, when he first revealed his casting in the series.

He shared a peek at the show, along with a caption that said, “My new brand is The Gutters of Hollywood. Thanks in advance for respecting this fun new vibe shift. #TheIdol.”

But that's not the only project Levy has on the horizon. Last August, the comedian also revealed that he will appear as a professor in the fourth season of Sex Education. “Sex Ed. Season 4. VERY serious news,” he wrote on Instagram, along with a pic from the set that showed him and star Emma Mackey (Maeve Wiley) giving stale faces to the camera.

But wait—Levy isn't stopping there.

The 39-year-old also has a new cooking show coming to HBO, called The Big Brunch—an 8-episode reality series that will explore the work of ten undiscovered chefs, who are each competing to win a $300,000 cash prize.

When talking about the series in a press release from HBO, Levy said, “Thanks to an almost obsessive love of food, I’ve been lucky enough to come across many of those people in the culinary world—friends working out of cafes or food trucks, revolutionizing the menus at local diners—those special humans who create communities around their cooking, hoping to take their skills to the next level. I created this show for them, the local culinary heroes of America who deserve a spotlight.” 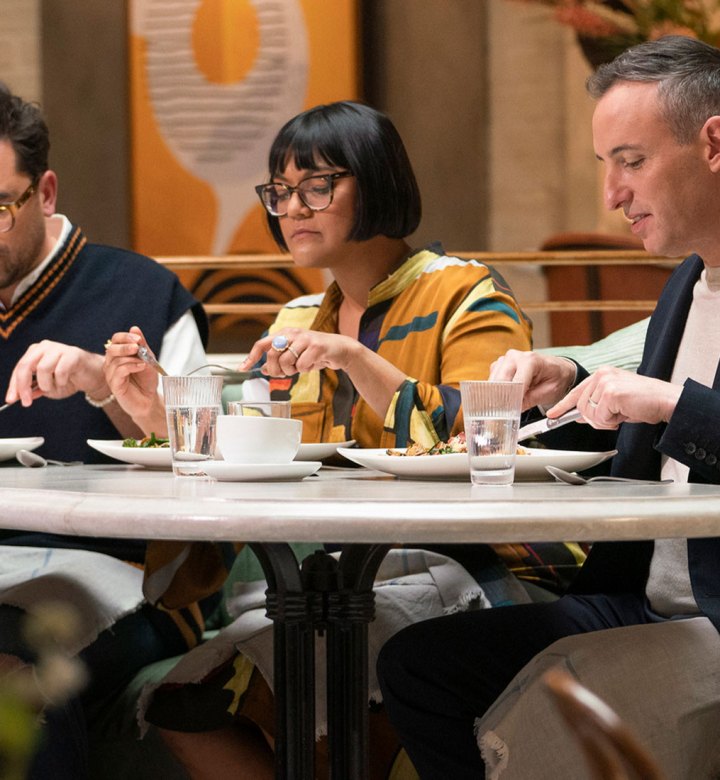 We may not have any further details on Levy's role in The Idol, but one thing's for sure—he's here to stay, folks.

Where Did Schitt's Creek Get Its Name? Star Dan Levy Has Answers