Where Did ‘Schitt's Creek’ Get Its Name? Star Dan Levy Has Answers 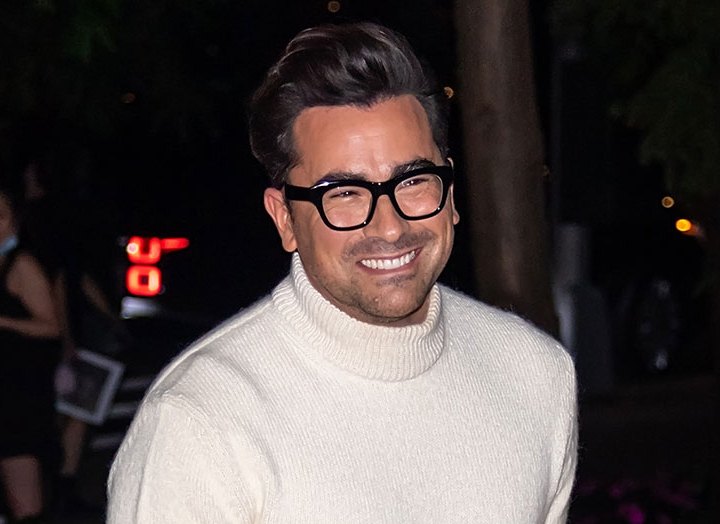 The coffee table book—which features illustrated catalogs of David's knits and Moira's wigs, a list of Moira's vocabulary and other special behind-the-scenes moments—gives fans a deeper look into how the show was made. And one of the special tidbits reveals how Schitt's Creek first got its name.

Thanks to ﻿ScreenRant, we learned that the title actually arose from a dinner attended by Eugene Levy that was similar to a moment in season 2 of the series. While at this dinner, Eugene and a few of his friends were laughing about “a hypothetical town in which local shops like ‘Schitt Hardware’ would openly feature the profanity-laden name.”

However, although the name began as a joke, the Levys realized they wanted to show the family embracing the town's name in the series. This is clear in the season 2 finale, titled, “Happy Anniversary,” where Johnny (Eugene Levy) and Moira (Catherine O'Hara) defend the town when a few of their past friends are mocking it.

In the book, Dan Levy said he wanted the show's name to demonstrate that they were “celebrating” small towns. He even said while writing scripts for the series, they made sure not to use “sh*t” as an expletive. Instead, they wanted to show the family learning to love it.

We had no idea.