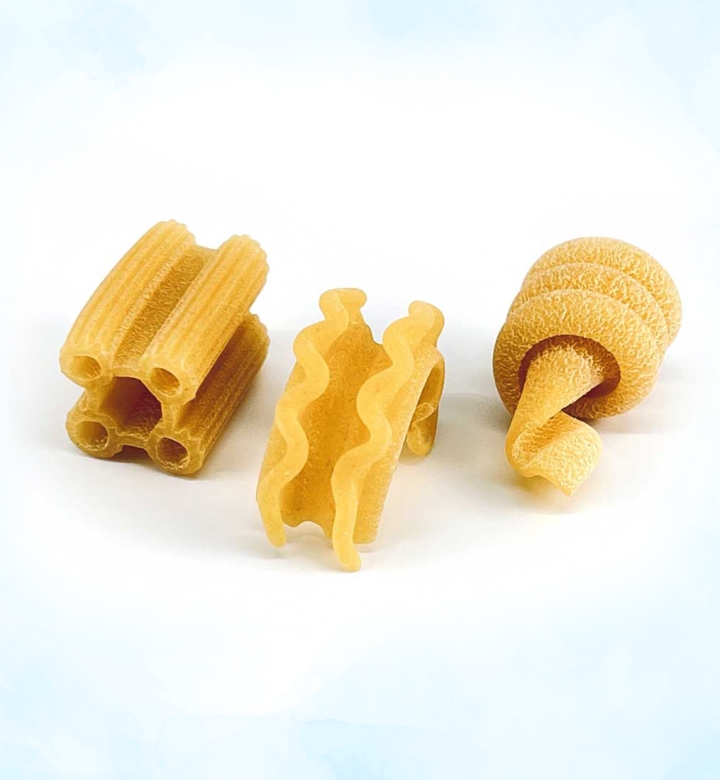 Flashback to spring 2021: We were still reeling over baked feta pasta, sweatpants were still our uniform and we were blissfully unaware that pastina would be torn from the shelves (and our hearts) some 18 months later. Oh yeah, and The Sporkful podcast host Dan Pashman had teamed up with American pasta brand Sfoglini to invent a brand-new pasta shape destined to go viral.

First up is quattrotini: It’s a tweaked version of cinque buchi, an elusive shape that’s traditionally served only once a year in one area of Sicily during carnival. Per a press release, “those few who are lucky enough to come across the shape would see four tubes connected in a four-sided rectangular shape. The quattrotini version from Sfoglini and The Sporkful also adds ridges to the rubes, maximizing its sauceability.”

Next is vesuvio, a short and round noodle with a large base that gradually spirals upwards to a thinner tip, allowing sauce to seep into the spirals. It’s named for Mount Vesuvius and its likeness to a volcano, and while it’s found in the towns around Mount Vesuvius, it’s not common stateside.

For even more deets, you can listen to the newest episode of The Sporkful’s “Mission: ImPASTAble” series. Both new noods are available to purchase with nationwide shipping on the Sfoglini website today. Start preparing your sauces—we’re coming over for dinner.