It appears Princess Diana isn't the only one who can turn a grandma sweater into a major fashion moment. Recently, Jennifer Lopez was spotted touring the Louvre Museum in Paris with her new hubby, Ben Affleck. And while there, the Marry Me actress decided to show off some cozy couture that certainly caught our attention.

The centerpiece of J.Lo's outfit was her blue cashmere sweater from Dior, which featured an embroidered design of animals and figures interspersed with fauna (which is apparently inspired by the stars and astrology). It's important to note that this sweater, which looks like it was knitted with loving fingers by your relative, currently runs for $2,500. 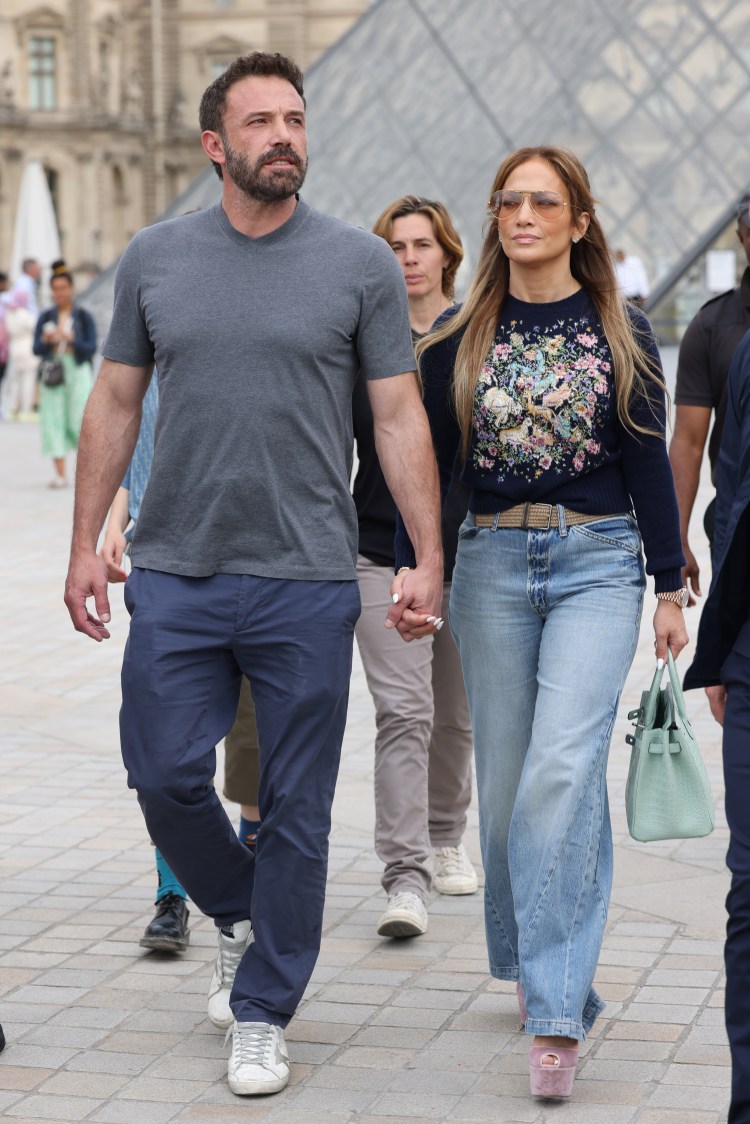 The ﻿Hustlers ﻿actress tucked the jumper into a pair of wide-leg jeans, which she cinched with a tan, braided belt. And she also dressed up the ’fit with a mint green crocodile Hermès Birkin bag, aviator sunglasses and pink velvet platform Dolce & Gabbana heels (which only she could manage to traverse Paris in successfully).

J.Lo has certainly been embracing casual, but chic looks while enjoying her post-marriage trip around France with her family. Just a few days back, we noted that Lopez was joining in on the Coastal Grandmother bandwagon, as she sported a white, floral-covered sundress, a vanilla cardigan and brown suede mule sandals. The 53-year-old star even looked ready to live the coastal life as she drifted along on a boat with her family in celebration of her birthday. 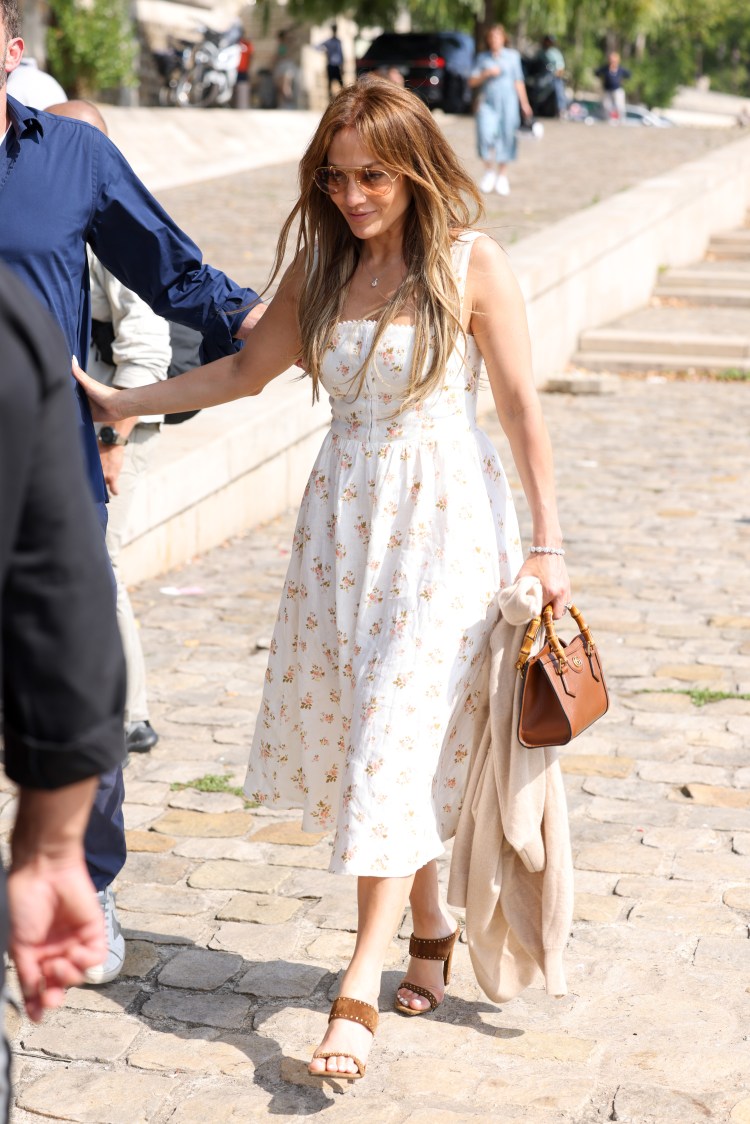 Screw our seasonal expectations! If Jennifer Lopez is wearing a sweater in the summer, then we're gonna do the same.

Curious to know which buzzy products are *really* worth buying? Sign up for our shopping newsletter to uncover our favorite finds.