‘The Bachelorette’ Season 19 Premiere: Rachel & Gabby Are a Refreshing Change

If there’s one takeaway from The Bachelorette premiere, it’s that Rachel Recchia and Gabby Windey deserve all the respect for smiling through the first episode of a season that could end in disaster.

Tonight, the popular ABC series is back for an all-new season that’s unlike anything we’ve seen before. Many viewers are skeptical about the two-lead format because it could pit the women against each other. However, Rachel and Gabby show nothing but class during the premiere.

During the first episode, the women meet the contestants before handing out roses to those who stand out. The catch is the men can reject the flower if they want to pursue the other Bachelorette. This format is practically designed to cause drama between Rachel and Gabby, but that doesn’t happen (at least not yet). 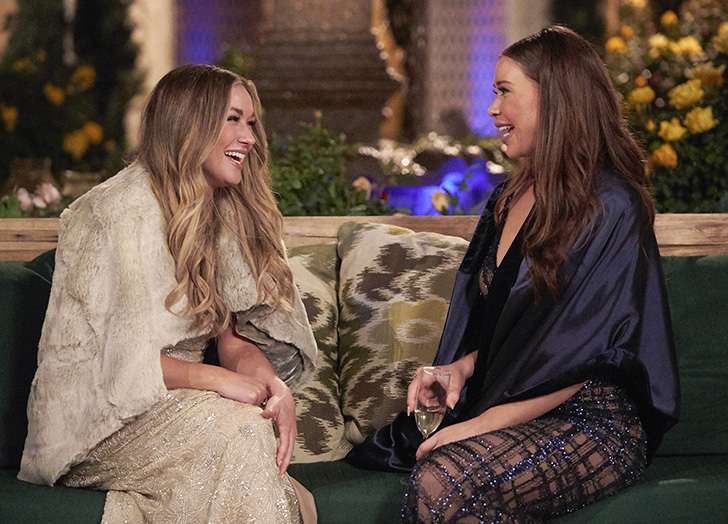 Rachel and Gabby are extremely supportive of each other’s journeys, even if there’s some overlap with the contestants. For example, they join forces to decide who to send home. And they show genuine interest in hearing about the other person’s night. It’s refreshing to see women supporting other women on TV, especially when the show is formatted to do the exact opposite.

This companionship isn’t something that happens very often on the franchise. In past seasons of The Bachelor, there is a small sense of camaraderie among the contestants…but it’s still a competition. So, the women don’t show tons of support for each other.

Now, Rachel and Gabby have a rare opportunity to prove that women can be supportive even while pursuing the same romantic partners.

The Bachelorette airs on Mondays at 8 p.m. on ABC.