Take That, Clayton: Two of His Former Girlfriends Will Star in Season 19 of ‘The Bachelorette’ 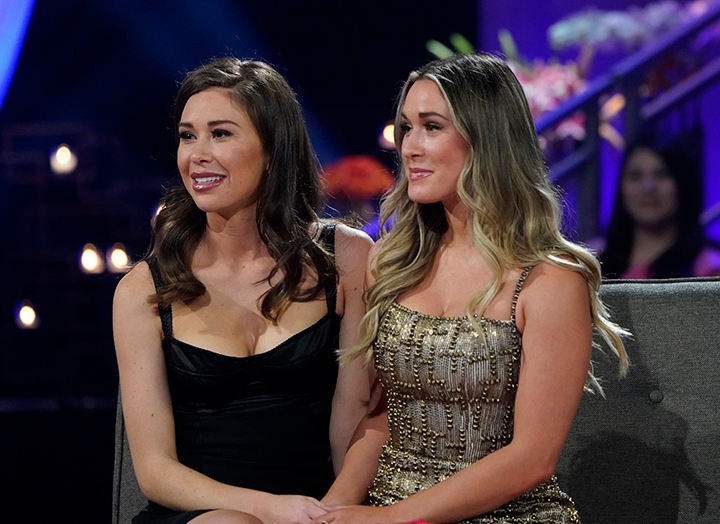 Sorry, Clayton Echard, but Gabby Windey and Rachel Recchia are moving on to bigger and better things.

Last night, ABC revealed that Gabby and Rachel will both star in season 19 of The Bachelorette, which will premiere on July 11.  The announcement came during the two-part finale of The Bachelor, which documented the conclusion of Clayton’s journey.

Here’s what you need to know: During last night’s episode, Clayton broke up with Rachel and Gabby to pursue Susie Evans, who sent herself home after she found out that Clayton had slept with the other contestants. Although Susie and Clayton are working on their relationship, the attention immediately turned to The Bachelorette announcement.

Although Jesse Palmer confirmed that he’ll return as host, he didn’t share any further details about the format. Even Gabby asked, “Do we date the same guys?” To which she received no answer.

The press release was equally vague, claiming the women will “stand by each other’s side yet again as they set out on a journey to find love.” This leaves us with several questions. Will Gabby and Rachel meet different contestants? Will the men choose who they want to date? Or will it be one big free-for-all?

It’s important to note that this isn’t the first time ABC has nominated two leads for The Bachelorette. In season 11, the network invited both Britt Nilsson and Kaitlyn Bristowe to the mansion to meet the men. At the end of night one, the suitors voted for who they wanted to pursue. Since Bristowe received the most votes, Nilsson left heartbroken.

Fast-forward to season 16, when Clare Crawley made history by quitting The Bachelorette. As a result, ABC was forced to name a second leading lady: Tayshia Adams.

While one of these instances was intentional and the other wasn’t, we really hope ABC switches it up for Gabby and Rachel. Because the last thing they need is to fall for the same man…again.