‘Sweet Magnolias’ Fans Have a Wild Theory Ahead of Season 2

Sweet Magnolias fans have reason to celebrate, because in only a matter of days, Netflix's romantic drama series will return with 10 new episodes that will transport viewers to Serenity, South Carolina.

While it's been almost two years since the first season premiered, the wait has felt even longer thanks to that shocking cliffhanger ending, where Maddie (JoAnna García Swisher) and Bill (Chris Klein) find out that their son Kyle (Logan Allen) has been in a terrible car crash. Even worse: there was someone in the passenger seat.

Fans have waited many months to find out who else was in that car, and during that time, they've developed a number of theories as to who it could be. Some say it was Nellie (Simone Lockhart), who Kyle had bonded with earlier in the season finale. Others think it's likely Ty (Carson Rowland), who went to console his younger brother after getting mad at him. Even Kyle's crush, Annie (Anneliese Judge), is a good possibility.

However, fans have posed one super-wild theory about who was actually in that car with Kyle: Noreen (Jamie Lynn Spears). 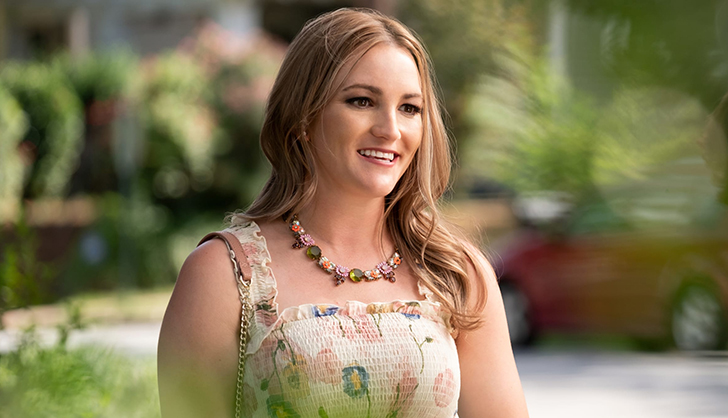 As ScreenRant pointed out, Kyle had a heart-to-heart with Noreen after his play, where she confessed to him that she was leaving Serenity because she isn't happy with Bill. So, it's clear these two have a close relationship.

The last time we saw Noreen, she had packed her bags and returned Bill's ring, but some viewers seem to think that she made a secret return back to Serenity. And she might have even come across an upset Kyle and tried to talk with him.

Of course, this would make things complicated given that Noreen was far along in her pregnancy. However, in the trailer that was released ahead of season 2, it looks like Noreen ends up delivering her baby, and if it *was* her in the car crash, she seems to be OK.

Guess we'll just have to wait until February 4 to see who really was in that car.

IS ‘SWEET MAGNOLIAS’ RETURNING FOR SEASON 3? HERE’S WHAT WE KNOW