This just in: The Morning Show is officially back in session.

Yesterday, Reese Witherspoon (who plays Bradley Jackson) shared a behind-the-scenes photo from the set of The Morning Show season 3 and simultaneously confirmed that production has begun on the brand-new installment.

The photo shows Witherspoon standing on the set of The Morning Show with the blue-and-yellow studio in the background. She’s wearing a Bradley-approved ensemble, featuring a baby blue button-down shirt with a black blazer. She’s sporting an all-new look with her hair styled in a long straight ‘do, and she’s rocking a bold lip to counteract the harsh artificial lighting. 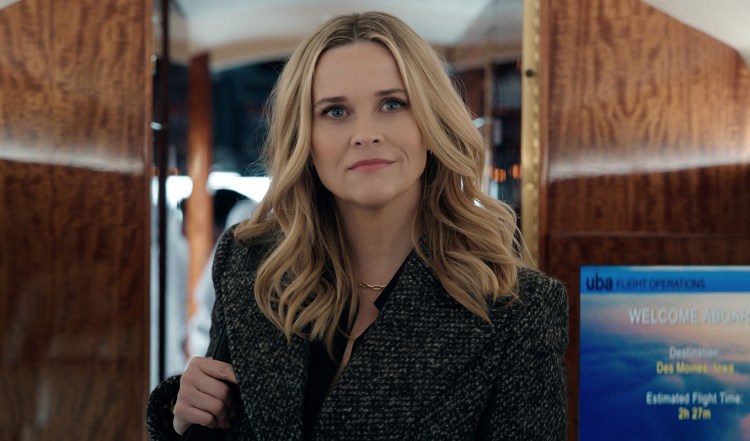 Apple TV+ hasn’t released very many details about The Morning Show season 3. Well, except for the fact that Jon Hamm (Mad Men) is joining the cast as Paul Marks. According to the streamer, Paul is “a corporate titan who sets his sights on UBA, pulling Cory, Alex and Bradley into his powerful orbit.”

Witherspoon’s co-star, Jennifer Aniston, previously discussed The Morning Show season 3 during an interview with Variety and teased the possibility of introducing a new love interest. “I think it’s time to see Alex find some love and some passion,” she said. “She could put the controls down and go into the vulnerability of opening up her heart, which I don’t think she’s ever really quite done.”

Let the countdown to The Morning Show season 3 begin.