6 Things You Didn’t Know About ‘Live with Kelly & Ryan’

You may watch Kelly Ripa and Ryan Seacrest on Live With Kelly and Ryan every weekday, but you’re probably unfamiliar with the show’s behind-the-scenes secrets. So, we dug up a list of little-known facts about what goes down when the cameras aren’t rolling.

From the background scenery to the rehearsed conversations, here are six things you (probably) didn’t know about Live with Kelly and Ryan.

What Is Kelly Ripa’s Net Worth? It's *Way* More Than We Imagined 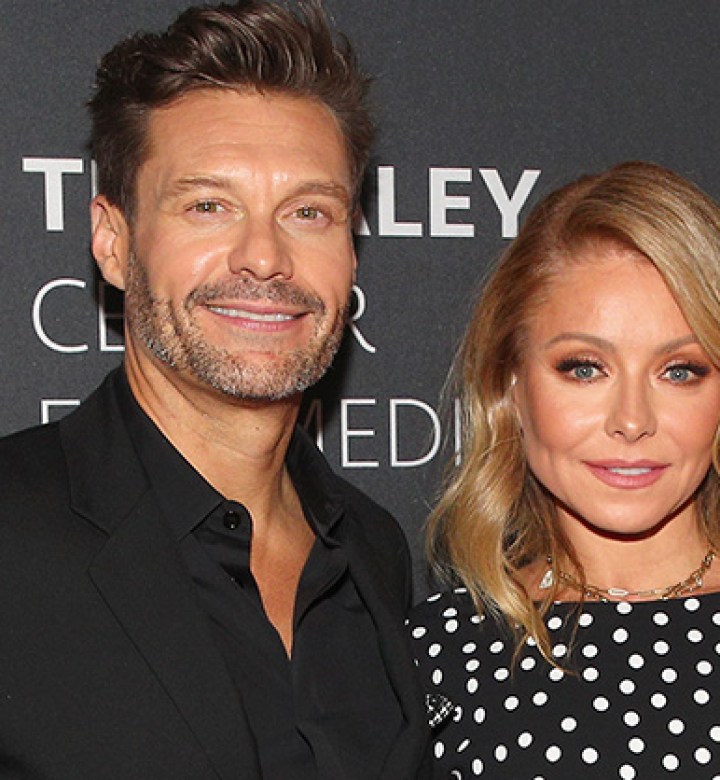 1. Live is filmed in New York

Live with Kelly and Ryan is shot in the heart of Manhattan. The Lincoln Square studio is located on the corner of West 67th and Columbus Ave. Prior to the coronavirus pandemic, the series was filmed in front of a live audience (similar to The Ellen DeGeneres Show).

2. It’s a spin-off of Live With Regis And Kathie Lee

The show has aired under various hosts since 1983, but it didn’t gain widespread popularity until 1988 when it starred Regis Philbin and Kathie Lee Gifford. After 12 seasons, Gifford left the show, which prompted ABC to replace her with Ripa in 2000.

Live with Regis and Kelly was on air for a decade before Philbin retired from the series. Despite his departure as co-host, Philbin still held an active BTS role on the spin-off until his death in July 2020. Seacrest was added as Ripa’s co-host in 2017, following the departure of Michael Strahan (who co-hosted the series for four seasons).

3. The co-hosts read off a teleprompter

Ripa and Seacrest’s on-screen banter might seem candid, but it’s somewhat rehearsed. Prior to each episode, the co-hosts are given talking points, which act as an outline for their conversation. The script is then displayed on a large TV monitor (which is situated in front of the cameras), so the hosts know when to break for commercial and what’s coming next.

You know how the set seemingly overlooks the New York City skyline? Well, it’s actually a backdrop. Seacrest confirmed the theory on Instagram when he shared a photo of himself standing on the set’s “balcony.”

In the comments section, a fan questioned the legitimacy of the background scenery, writing, “And that isn’t a backdrop setting for the studio?” The show’s social media account responded, “Hahaha! What?! (Yes.)” 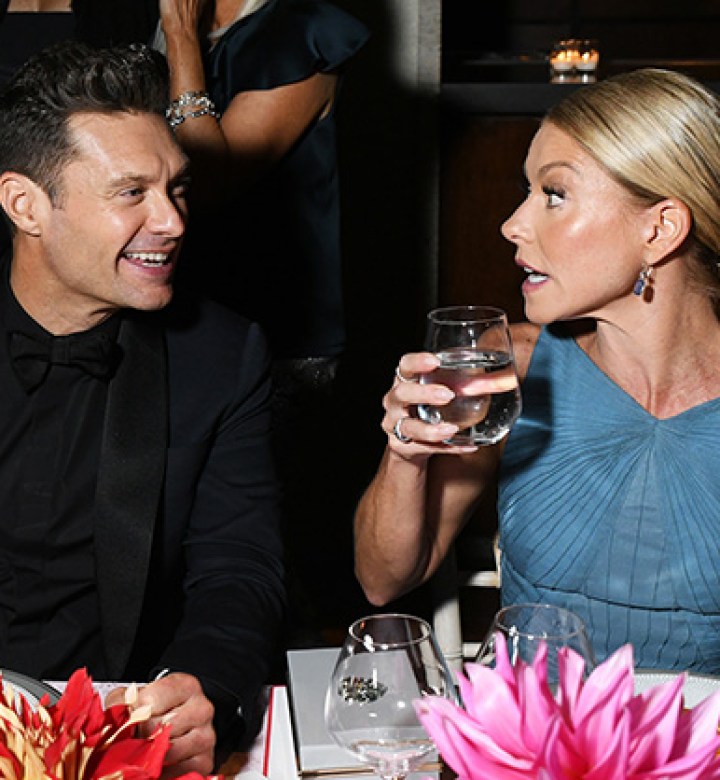 5. And they don’t always sit next to each other

When Live resumed normal production after going virtual due to the coronavirus pandemic, producers implemented several safety measures to ensure they abide by social distancing guidelines.

This included creating a six-foot distance between Ripa and Seacrest during the taping. In post-production, the crew edited the footage to make it look like they were sitting next to each other, which is why Seacrest’s hand kept disappearing during the premiere episode. Since then, their seating arrangement has varied.

That’s right. The Live website encourages viewers to submit their questions and comments to the co-hosts. There are two ways to do this—first, you can send an online message via the show’s virtual inbox. Or you can do it the old school way and send a typed or handwritten (gasp!) letter to the studio’s official mailing address: