J.Lo Just Teased Pics of Her (Second) Wedding Looks—and We Already Have a Close-Up of Her Gorgeous Veil

Jennifer Lopez and Ben Affleck aren't done celebrating their love for one another quite yet.

Last month, it was reported that Bennifer secretly tied the knot in an intimate ceremony in Vegas, which was later confirmed by Lopez in her fan newsletter, On The JLo. But now, the couple have finally had a more formal affair in Georgia and Lopez just teased pics of her (second) wedding looks.

Lopez posted a new close-up photo today on Instagram showing herself in a wedding veil with gorgeous eye makeup peering through from underneath. She captioned the image, "First peek at my wedding looks at OnThe JLo.com." The only catch (and it's an easy one): You have to sign up for her newsletter to gain access.

Lopez and Affleck's ceremony was teased to People by a close source on Friday, who said the couple had “an extraordinary weekend of celebrations planned.” The insider added, “They will have a pre-wedding party, a ceremony and have lots of fun lined up.” Keep reading to find out all we know about Bennifer's Georgian nuptials. 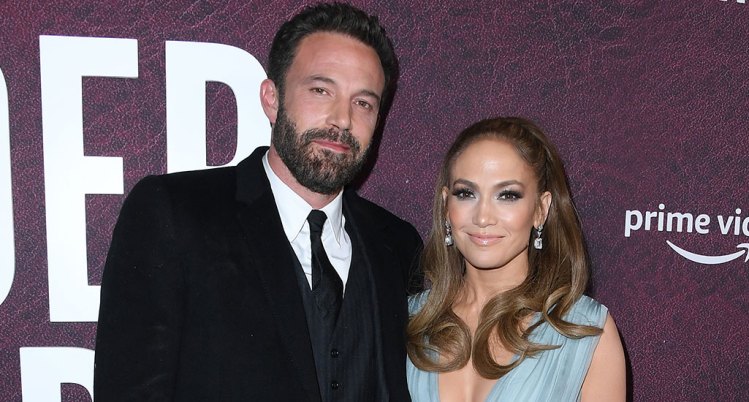 While we don't know everyone who was in attendance at the ceremony, People reported that Lopez's mother and sister were already in Georgia for the event, and J.Lo and Affleck were seen hanging out with their kids in Savannah only days before the planned service too.

Additionally, one of Affleck's closest friends (and frequent collaborators), Matt Damon, was spotted in Georgia on Friday with his wife, Luciana. The couple attended J.Lo and Affleck's ceremony, as did filmmaker Kevin Smith and wife Jennifer.

Smith even posted a photo from the event, where we can see that all the attendees were seemingly asked to wear white. In his post (seen below), Smith and his wife stand next to actor Jason Mewes and his spouse, Jordan Monsanto. “Dressy as f**k,” Smith wrote in the caption.

That being said, some notable names were not in attendance, like Affleck's ex-wife, Jennifer Garner, who, according to a report from Hollywood Life, turned down an invitation to Bennifer's second wedding ceremony.

Fox News shared further details on the event, reporting that it took place at Affleck's $8.9 million estate in Georgia, and photos shared by the site showed white tents erected all over the Argo star's property.

Apparently, staff worked hard to set up the event, which reportedly included yoga, a fireworks show and more. The soirée began on Friday, August 19, with the rehearsal dinner, while the formal wedding ceremony took place on Saturday, August 20 (a month after the couple first tied the knot in Vegas). Then, the festivities rounded out on Sunday with a barbecue.

Snaps from the wedding ceremony were obtained by TMZ (seen here), where we can see the couple walking together on a dock and the gorgeous gazebo that was set up for the event. The photos also gave a glimpse of all the attendees in white, as well as a sneak peek at Lopez's Ralph Lauren-designed dress, which featured a long, ruffled train, short sleeves and what appear to be cutouts around the sides and back.

Jay Shetty, an author and life coach, officiated the ceremony, while all the decorations were planned by interior designer Colin Cowie, according to E! News. If you're wondering how much the entire weekend cost, The Daily Mail reported that the final bill was around $400k in total. 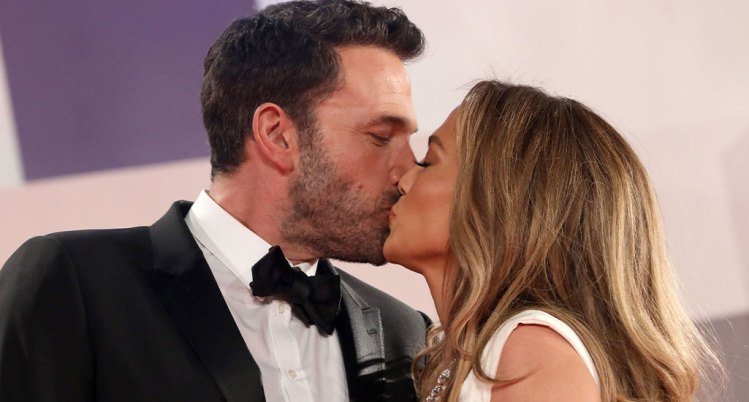 Don't mind us while we anxiously wait for even more photos from this event.