It's impossible to ignore the influx of true crime shows that have been populating our social media feeds lately. Titles like Inventing Anna, The Tinder Swindler, Bad Vegan and The Girl From Plainville have made countless headlines and continue to pique our morbid curiosity. And now, thanks to Hulu (and HBO Max), we know that this trend is far from over, because yet another fascinating true story is getting the Hollywood treatment.

Allow us to introduce Hulu's five-part drama, Candy, which drops today. Jessica Biel stars as a suburbanite mom in this fictionalized retelling of the true story, where Candy Montgomery, a beloved housewife, rocked a Texas small town after brutally killing Betty Gore, one of her closest friends, in 1980. Interestingly enough, HBO Max will soon follow suit with a version of their own, starring Elizabeth Olsen. But for now, all eyes are on Biel, who clearly tapped into her inner Beverly Sutphin for this role. Arguably one of her best performances yet, Biel shines as the charming, duplicitous character who can win anyone over with her white-picket-fence smile. 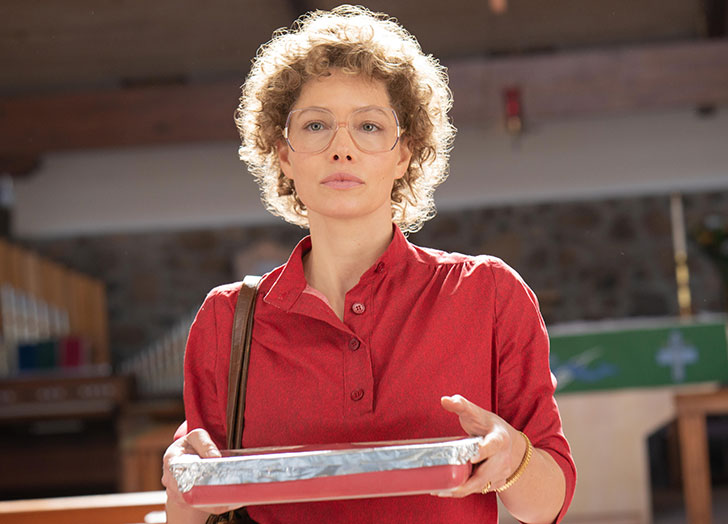 The overall tone of Candy is nowhere near as comical as Serial Mom, though. Right from the start, there's a sense of unease—a feeling that something awful is going to happen, thanks in part to the shadowy backdrops, the haunting score and, of course, the fact that it's Friday the 13th. It's also made clear pretty quickly that Betty Gore (played by Melanie Lynskey) is suffering from loneliness and postpartum depression. However, Candy adds a bit of sweetness to this eerie calm before the storm. And it's easy to see why.

Candy is the queen bee. An optimistic and hard-working mom who can do it all, from spearheading church meetings to running dozens of errands for the family. And thanks to her charm, her influence runs deep. But Betty is more reserved as the overwhelmed housewife and mom—and you can't help but sympathize with her character. Lynskey, who's best known for her quirky and offbeat characters, delivers a powerful performance here, with grim facial expressions that seem to communicate a thousand words. But noteworthy performances aside, it's especially intriguing to see the parallels between both of these women's characters. 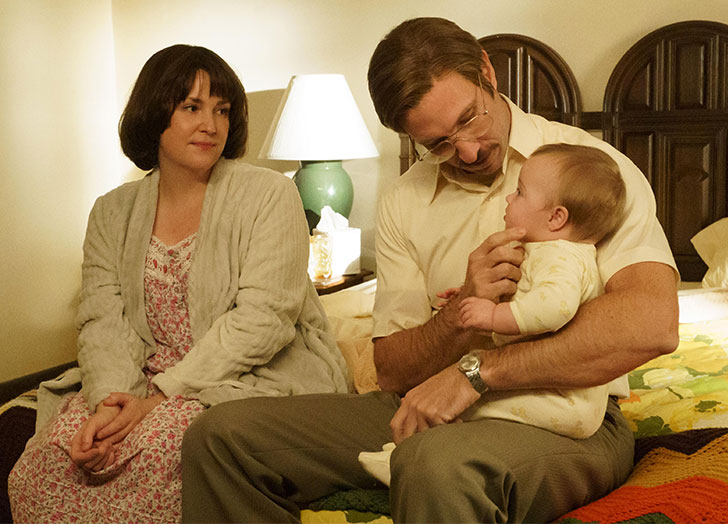 There's a sharp contrast between their lifestyles and personalities, but it's clear that both ladies have a huge need that their marriages can't satisfy. In Betty's case, it's quality time with her husband, Allan (Pablo Schreiber)—except he's always leaving her to travel for work. And as for Candy, what she really wants is to add some spice to her love life, but this seems virtually impossible with her geeky and clueless husband. Candy, the go-getter, resorts to initiating an affair of her own, while Betty tries to be a cooperative wife, struggling with anxiety and pent-up anger in the process.

Another great detail worth noting is that the first episode cleverly withholds key information, but sprinkles in just enough clues to keep viewers invested. For example, there's the giant axe hanging in Betty's garage, the newspaper article about The Shining and the closeup shot of an owl, which is known to be a bad omen, hanging on Betty's front door. Once again, all signs point to the fact that something dreadful is coming, except you're not exactly sure when or how it'll happen.

It's that buildup of suspense that's bound to reel any viewer in and keep them guessing—without the terrifying jump scares. But more importantly, it also taps into a lot of relevant themes that range from infidelity and mental illness to the influence of gender roles. Whether you're fascinated by true-crime stories or just looking for a binge-worthy, thought-provoking drama, do yourself a favor and add Candy to your list.

Jessica Biel delivers one of her most powerful performances yet in this captivating series, but it's more than just a retelling of a gruesome crime. Candy carefully paints the full picture, zeroing in on both the titular character and the victim while addressing timely themes.

Get more movie and TV show reviews by subscribing here.