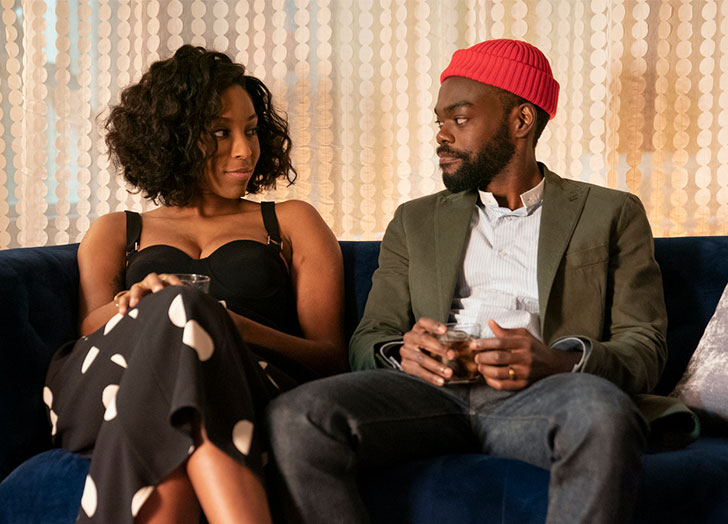 With shows like Euphoria, And Just Like That and Succession dominating HBO at the moment, there's one HBO Max series that, despite its unique premise and all-star cast, is flying abysmally under the radar. And that show is Love Life.

Created by Sam Boyd, the show is set up as a scripted anthology series, where each season follows one protagonist's journey from their first love to their last. Yes, I know. Sounds like another rom-com, right?

Well, parts of it, sure. But it's also much more than that. In your classic rom-com, once the couple winds up together, the credits roll to upbeat music. But were they truly meant to be? What happened before and after the cameras stopped rolling? Love Life takes a holistic view of the main character's romantic life and tackles how the people in our lives (romantic or otherwise) help make us who we are.

In the first season, the main character is Darby, played by Anna Kendrick. She lives and works in New York City, but her low-wage job and countless failed relationships has her in a tailspin...until she meets Augie Jeong (Jin Ha). Throughout the season, we’re there for every kiss, every heartbreak, and a rekindled romance (don’t worry, we won’t say who) until Darby eventually meets “The One.”

But, what makes this show stand out is that while it checks most of the boxes of a delightful rom-com, it also spotlights the importance of self-love. This, after all, is Darby's story. And while we see her romantic conquests, we also see her struggles with self-worth and her journey to build herself back up again.

While I really enjoyed the first season, the second installment exceeded my expectations and made me love the show even more. Season two introduces Marcus Watkins, played by William Jackson Harper, who you may recognize from The Good Place. Marcus, a young Black NYC book editor, is in an unhappy marriage when he meets a young Black woman named Mia Hines (Jessica Williams).

They strike up a flirty conversation at what they both describe as a “sad-ass wedding,” where Darby from season one happens to be the unlucky bride. Soon, they form a connection that turns out to be the best (and sometimes the worst) thing to ever happen to Marcus.

In Hollywood, we rarely see dating shown from a Black man's perspective. I mean, sure, we've seen Black women trying to find love onscreen, like Queen Latifah in Just Wright and Issa Rae and Yvonne Orji in Insecure. But we don't see that narrative told from a Black man's point of view. That's what makes the second season of Love Life so refreshing. While keeping its comedic factor, watching Marcus search for love is enjoyable and fresh.

I could go on forever about Love Life being an underrated gem. But I’ll save you the time. Instead, you can just watch the first episode and see for yourself.

As of publication, a third season has not been confirmed by HBO Max. But, considering the critical praise the second season received—which earned a 94 percent perfect rating on Rotten Tomatoes—we're pretty confident that more Love Life will be in the cards...at least we're hoping so.