Buckle your seatbelts, ladies and gentlemen, because The Flight Attendant is back for season 2.

Two brand-new episodes are now available to stream on HBO Max (with more installments premiering every Thursday). The popular show stars Kaley Cuoco as a stewardess named Cassandra “Cassie” Bowden, who also doubles as an asset for the CIA. While the new installment could have easily missed the mark, that doesn’t seem to be the case. In fact, the first episode provides just enough mystery to leave viewers wanting more.

Keep scrolling for an honest review of The Flight Attendant season 2. 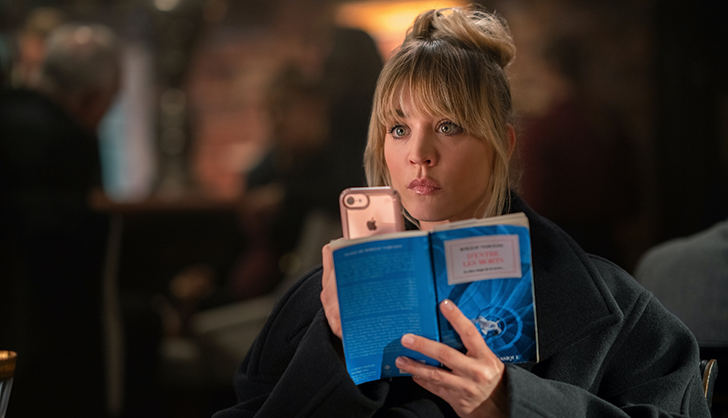 The Flight Attendant season 2 takes place one year after the first installment. Cassie is not only celebrating a year of sobriety (thanks to Alcoholics Anonymous), but she’s also helping the CIA as a civilian asset (emphasis on civilian).

Her new role is supposed to be a secret, so her assignments align with her flight schedule. When she travels to Germany for work, she’s tasked with observing a man named Will. Although she’s told “do not follow, do not engage,” she takes matters into her own hands (per usual).

But when an unexpected explosion catches her off guard, things go awry. As in, Cassie blacks out and barely remembers what happens next. When she regains consciousness, she’s surrounded by several mysteries that set the stage for what’s to come in season 2. 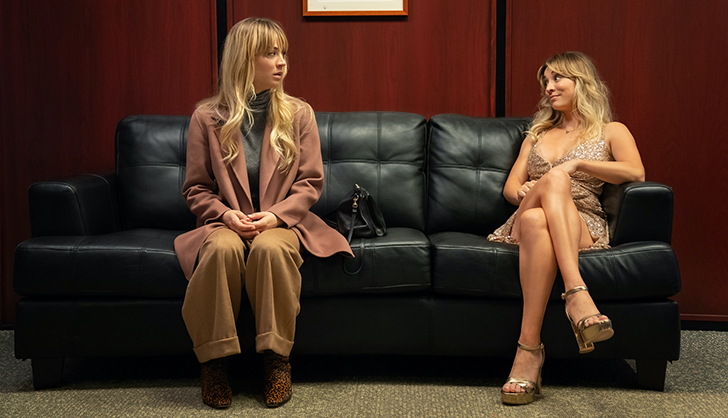 The biggest problem? There’s a woman who looks exactly like Cassie, complete with the same tattoo on her back, but it’s hard to tell if her “twin” is a figment of her imagination or a real person. The doppelgänger seemingly causes chaos by posing as Cassie in real-life scenarios. This is not to be confused (or maybe it is?) with her imaginary friend in certain scenes, randomly appearing only to offer advice and challenge her decisions.

And what happened to Megan (AKA Rosie Perez)? In the beginning of the first episode, Megan calls Cassie and tries to tell her something, but their conversation is interrupted when Megan drops the phone. When Cassie calls her back, Megan is seemingly locked in a room with no access to her phone.

Don’t even get us started on Cassie’s luggage, which disappears from the hotel. Although the hotel clerk implies that Cassie already checked out (and took her bags), the airline somehow finds the suitcase the next day and delivers it to Cassie’s house. It doesn’t take long for Cassie to realize it’s been tampered with, noticing a misplaced ribbon and bloody wig.

These new story lines could have easily overshadowed the original plot (like Russian Doll season 2), but that’s not the case. Instead, they add to the mystery that could have dwindled in the aftermath of season 1. (Especially since Alex’s death is old news.)

It’s not as dynamic as The First Lady, but it has our attention. And since not every show can produce multiple seasons while staying fun without feeling redundant, we’ll consider it a win.