First, it was Virgin River. And now, another popular Netflix series is filming a brand-new season.

Kate Walsh (who’s promoting her partnership with Systane Complete Preservative-Free Lubricating Eye Drops) recently sat down for an exclusive interview with PureWow and confirmed that her character, Madeline, will return in Emily in Paris season 3. In fact, the Grey’s Anatomy alum traveled to France last month to film the brand-new episodes with the cast (including Lily Collins). 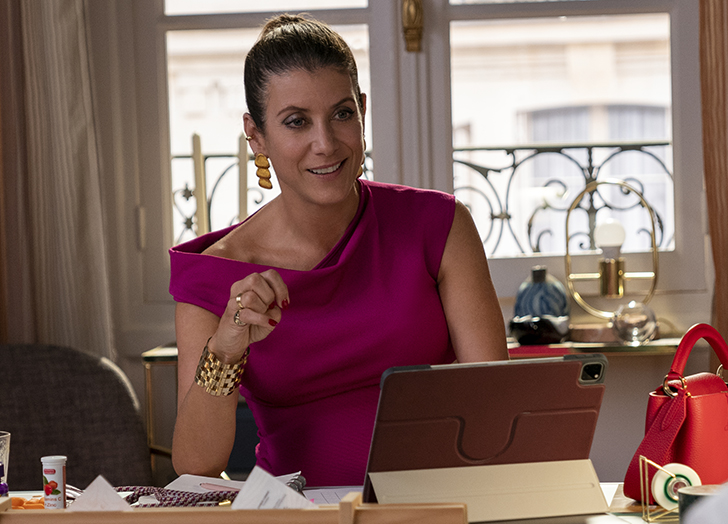 She didn’t reveal any specific details about what’s to come in Emily in Paris season 3. But Walsh did promise that “people won’t be disappointed.” She said, “I can tell you it’s really good and juicy and funny and unexpected.”

She continued, “So, I think that fans will be really delighted and wildly entertained by what they see. And the stories this year are even more fabulous, more romantic and glamorous and funny in incredible locations.”

Walsh also revealed that she relates to Madeline “in some ways.” However, she isn’t nearly as—let’s say—unfiltered as her character. “There’s a part of me that is definitely Madeline,” she said. “She’s just really fun to play, and I think it’s also just fun to play an American in Paris that’s just inadvertently insulting and vulgar and somewhat dismissive.”