All 17 EGOT Winners, from Rita Moreno to Jennifer Hudson

Hollywood is teeming with talented filmmakers, composers and entertainers, but only a select few have secured the coveted EGOT title. Often called the grand slam of show business, this group is exclusive to those who have won an Emmy, Grammy, Oscar and Tony Award—all of which represent the highest honors in television, music, film and theater. And to date, only 17 celebrities have joined the EGOT winners club (not counting those with honorary, non-competitive awards—like James Earl Jones and Barbra Streisand).

So, which artists have accomplished this amazing feat? From Rita Moreno and John Legend to the most recent addition, Jennifer Hudson, keep reading for a full list of EGOT winners. 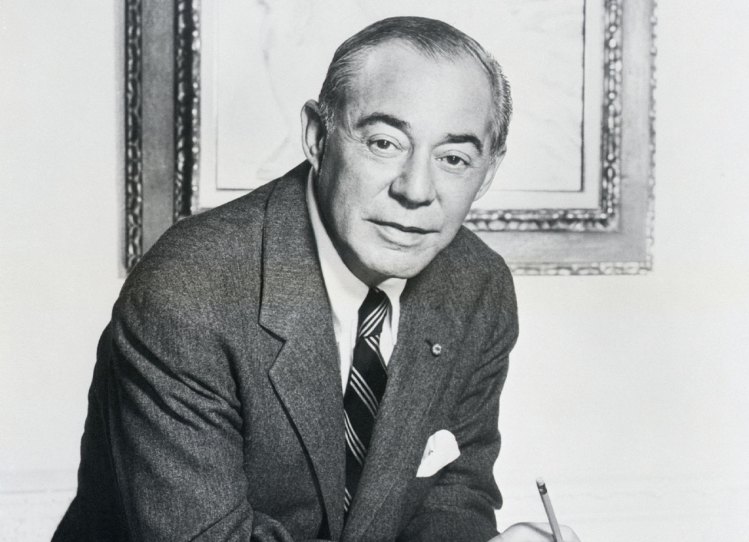 The skilled composer and songwriter has worked on dozens of well-known titles, from The King and I to The Sound of Music. By 1961, Richard Rodgers made history as the first person to win all four of the biggest entertainment awards. His accolades include an Emmy for Outstanding Achievement in Original Music Composed (Winston Churchill: The Valiant Years), an Oscar for Best Song ("It Might as Well Be Spring") and two Grammys (for The Sound of Music and No Strings). Rodgers completed his collection with five Tony wins, including three for South Pacific, one for The King and I and one for No Strings. (Fun fact: He’s one of two people to have won these awards and a Pulitzer Prize, making him a PEGOT winner.) 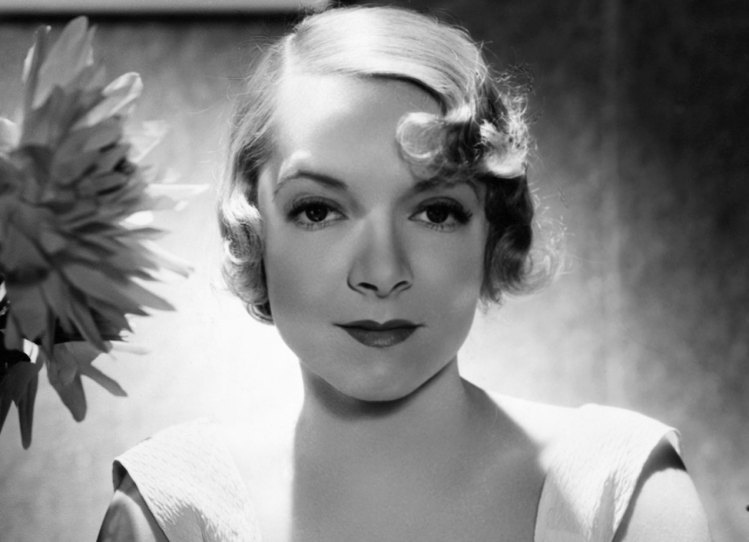 Also considered the First Lady of American Theater, Helen Hayes became the first woman to achieve EGOT status and win the Triple Crown of Acting (when an actor wins an Oscar, Emmy and Tony). She won an Emmy for Best Actress (Schlitz Playhouse of Stars: Not a Chance), a Grammy for Best Spoken Word Recording (Great American Documents) and one Oscar for Best Actress (The Sin of Madelon Claudet) and one for Best Supporting Actress (Airport). Hayes also earned two Tony Awards for Best Actress in a Drama—one for Happy Birthday and one for Time Remembered. 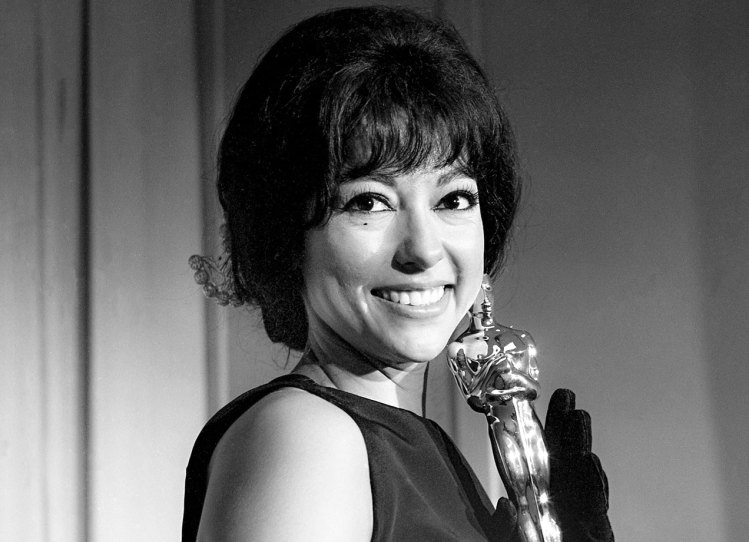 The Puerto Rican star was the reigning queen of the entertainment industry during the Golden Age of Hollywood, thanks to her appearance in classics like Singin’ in the Rain, The King and I and West Side Story. And aside from winning the four biggest entertainment awards, she also achieved the Triple Crown of Acting. Rita Moreno received Emmys for Best Supporting Actress, Variety or Music (The Muppet Show) and Best Lead Actress for Single Appearance in a Comedy or Drama (The Rockford Files). She also won a Grammy for Best Recording for Children (The Electric Company), an Oscar for Best Supporting Actress (West Side Story) and a Tony for Best Supporting Actress in a Play (The Ritz). 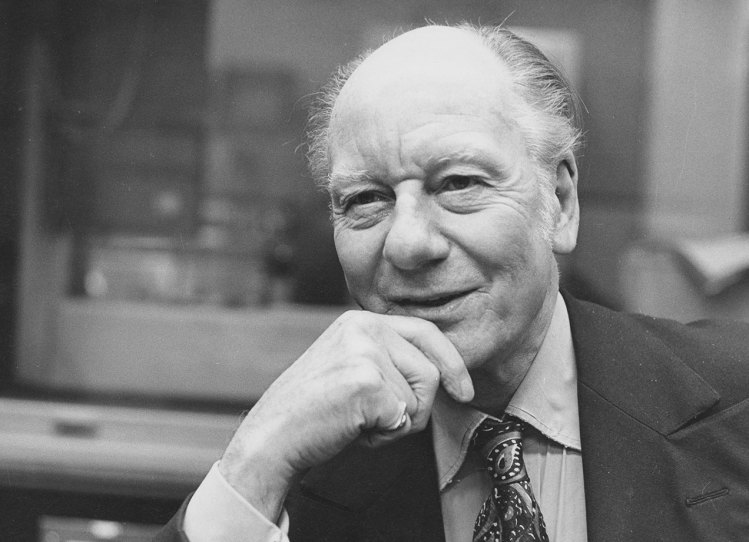 Throughout his 80-year career, John Gielgud won an Emmy for Best Actor in a Miniseries or Special, (Summer's Lease), a Grammy for Best Spoken World Album (Ages of Man) and an Oscar for Best Supporting Actor (Arthur). The legendary actor also scored two Tonys: one for Outstanding Foreign Company (The Importance of Being Earnest) and Best Director of a Drama (Big Fish, Little Fish). 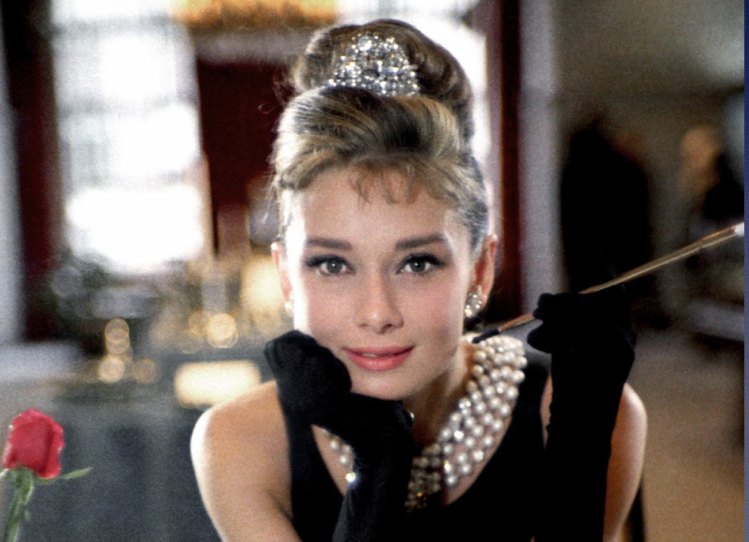 Best known for her iconic roles in films like Sabrina and Breakfast at Tiffany's, Audrey Hepburn boasts several accolades. In 1953, she scored an Academy Award for Best Actress for Roman Holiday. And the following year, she won a Tony for Best Actress in the play Ondine. Fast-forward to 1993, and the actress has won an Emmy for Outstanding Individual Achievement—Informational Programming for her docuseries, Gardens of the World with Audrey Hepburn. And in the following year, she added a Grammy to her collection after Audrey Hepburn's Enchanted Tales won for Best Spoken Word Album for Children. 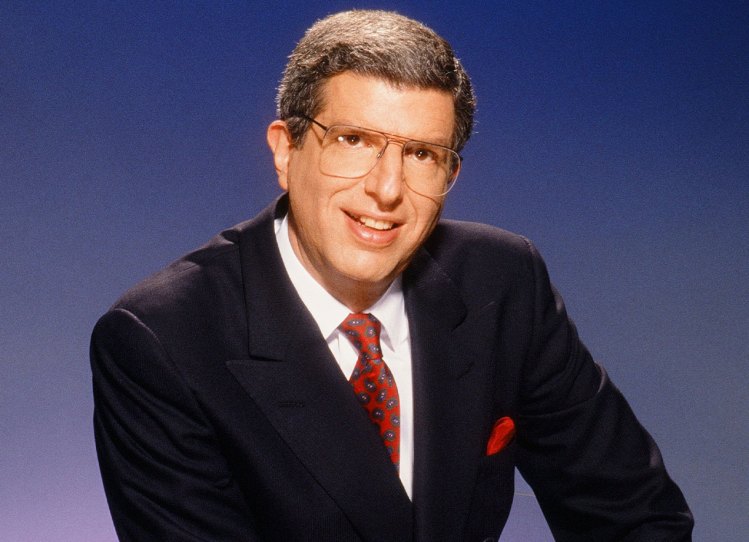 Like Richard Rodgers, this famous composer accomplished the rare feat by winning all four EGOT awards and a Pulitzer Prize, making Marvin Hamlisch the second PEGOT winner. He received four Emmys, including two for his work on Barbra: The Concert, one for AFI's 100 Years...100 Movies and another for Barbra Streisand: Timeless. Hamlisch then received four Grammys in 1975, winning for Best New Artist, Song of the Year ("The Way We Were"), Best Album of the Original Score (The Way We Were) and Best Pop Instrumental Performance ("The Entertainer"). He also has three Oscar wins under his belt, including Best Song for "The Way We Were," and a Tony for Best Musical Score (A Chorus Line). 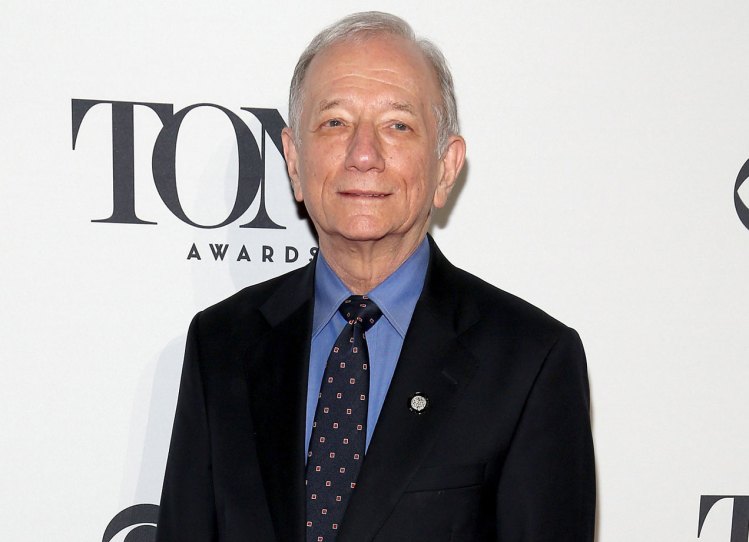 A man of many talents, the orchestrator, musical director and composer is best known for his work on Stephen Sondheim's musicals. Jonathan Tunik became an EGOT winner back in 1997, when he earned a Tony Award for Best Orchestrations for the play Titanic. Previously, he won a Grammy Award for Best Instrumental Arrangement ("No One Is Alone"), an Emmy Award for Outstanding Achievement in Music Direction (Night of 100 Stars) and an Academy Award for Original Song Score and Its Adaptation or Adaptation Score (A Little Night Music). 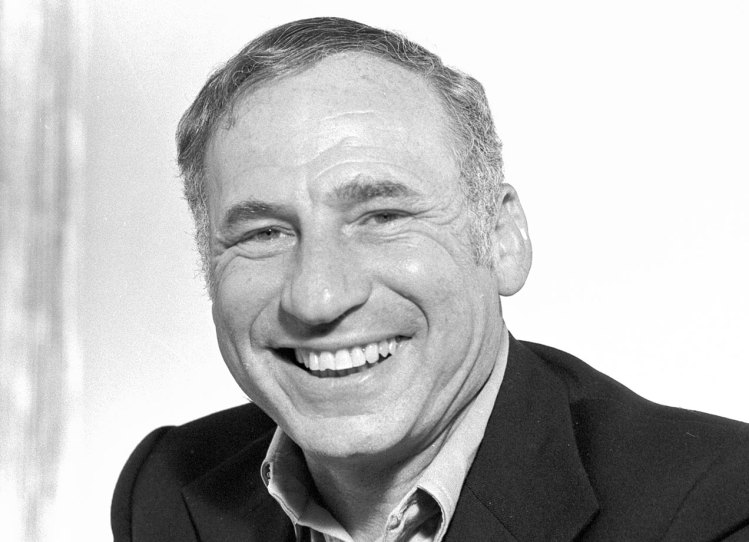 His career spans over seven decades, and he has dozens of writing, acting and production credits to his name. So, it comes as no surprise that Mel Brooks joined this exclusive list. He won four Emmy Awards: one for Best Writing in Variety for The Sid Caesar and three for Best Guest Actor in a Comedy for Mad About You. Brooks then snagged an Oscar for Best Original Screenplay (The Producers) and three Grammys for Best Spoken Comedy Album (The 2000 Year Old Man in the Year 2000), Best Long-Form Music Video (Recording the Producers—A Musical Romp with Mel Brooks) and Best Musical Show Album (The Producers). Finally, he reached EGOT status after winning his first Tony Award for Best Musical, Original Score and Book of a Musical for The Producers. 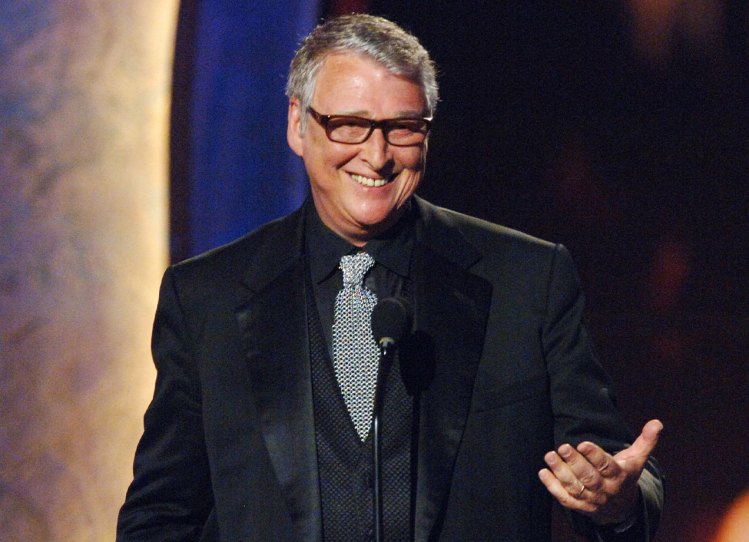 After winning a Grammy for Best Comedy Performance (An Evening with Mike Nichols and Elaine May) back in 1961, Mike Nichols shifted his focus to directing, and it certainly paid off. With a total of 15 wins to his name, he became the first person to snag multiple awards for directing. For instance, he earned an Oscar for Best Director for The Graduate and an Emmy for Outstanding Directing for a Miniseries, Movie or a Special for Wit (his first of four). Nichols also received nine Tonys for his work on titles like Death of a Salesman, Monty Python's Spamalot and The Real Thing. 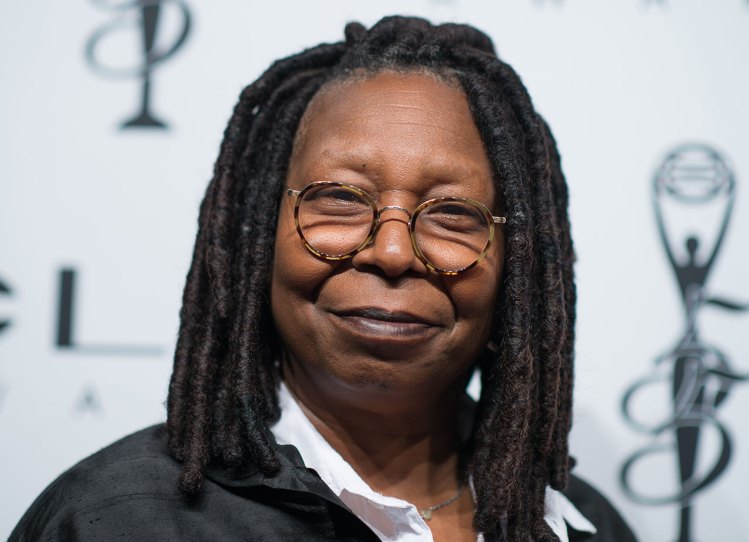 Did you know that Whoopi Goldberg's first major win was a Grammy? The actress, comedian and TV personality won for Best Comedy Recording in 1985 before she went on to win an Academy Award for Best Supporting Actress in Ghost. After this, the Sister Act star took home a Tony for Best Musical (Thoroughly Modern Millie) and an Emmy for Outstanding Special Class Special (Beyond Tara: The Extraordinary Life of Hattie McDaniel), making her the first African American to ever join the EGOT ranks. 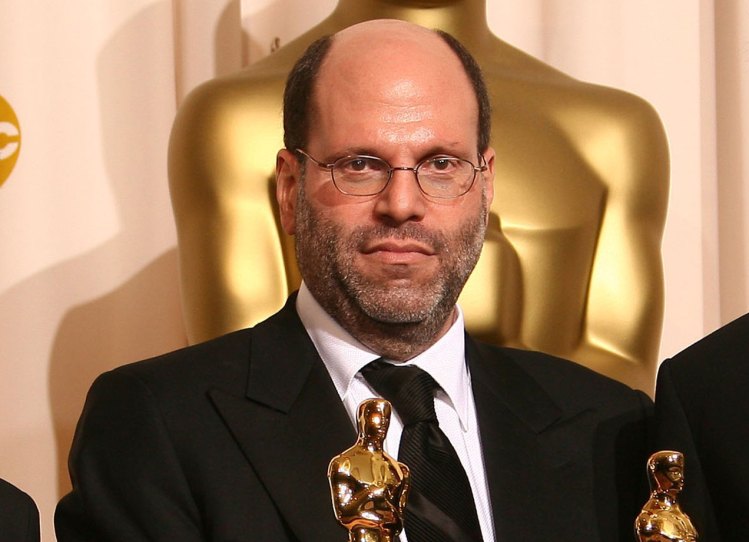 Scott Rudin proved that these prestigious awards aren’t just meant for actors and musicians. The producer managed to rake in a total of 21 awards, which include an Oscar for Best Picture (No Country for Old Men), an Emmy for Outstanding Children's Program (He Makes Me Feel Like Dancin') and a Grammy for Best Musical Theater Album (The Book of Mormon: Original Broadway Cast Recording). Rudin also took home a whopping 18 Tony Awards for his production work on titles like Death of a Salesman, A Raisin in the Sun and The Humans. 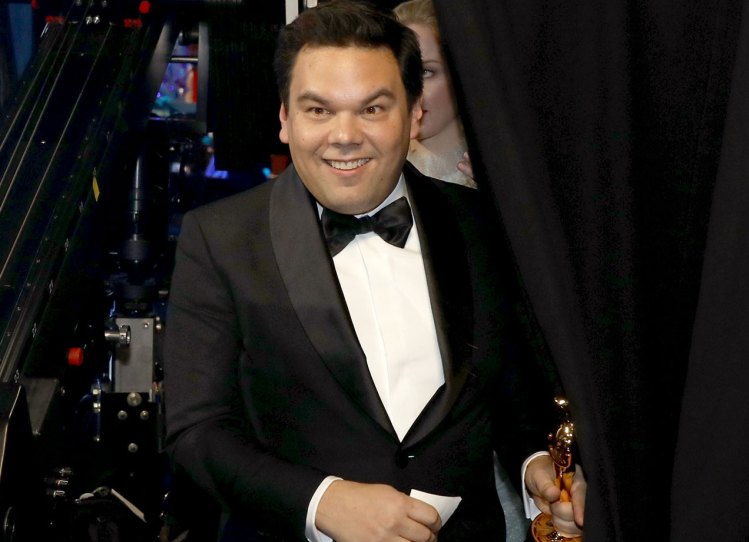 Robert Lopez ought to get a standing ovation, because he not only became the first Filipino and Asian to become an EGOT winner, but he’s also the youngest to receive these awards. Lopez officially reached EGOT status after winning his first Oscar for Best Original Song for Frozen's "Let It Go" in 2013. But before this, he won two Daytime Emmys for Wonder Pets!, a Grammy for The Book of Mormon: Original Broadway Cast Recording and three Tony Awards (one for his work on Avenue Q and two for The Book of Mormon). 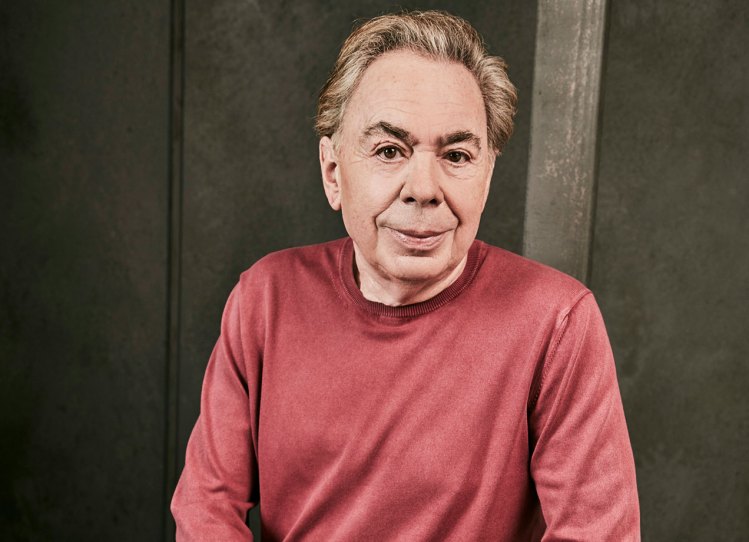 Fun fact: Andrew Lloyd Webber shares quite a few of his wins with fellow EGOT winner, Tim Rice, since they worked together on Evita. The title earned them both a Grammy, an Oscar and a Tony Award. But aside from Evita, Webber was also recognized for his work on Cats, which earned him a Grammy and two Tonys; The Phantom of the Opera, which earned him a Tony for Best Musical; Sunset Boulevard, which earned another two Tonys; and Jesus Christ Superstar Live in Concert, which won the Emmy for Outstanding Variety Special (Live). In all, Webber currently has 11 major awards. 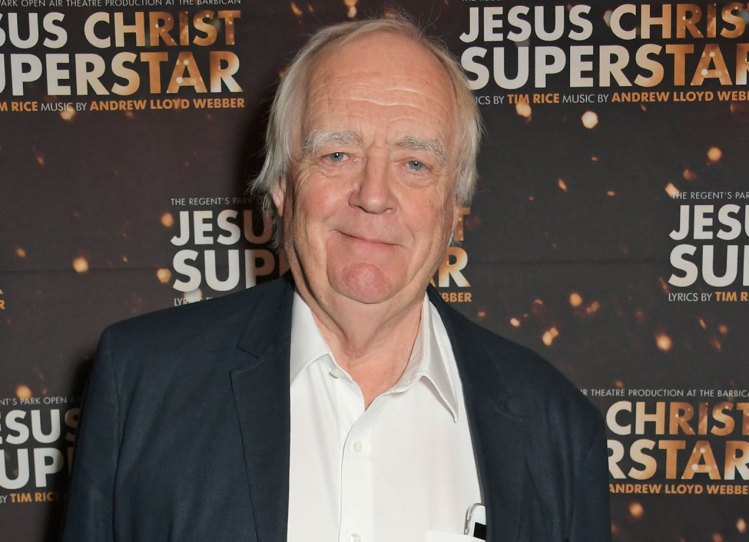 If you’re obsessed with classic Disney tunes like “Circle of Life” and "Hakuna Matata," then you can thank Tim Rice for his genius contributions. The lyricist, who’s known for his many collaborations with Webber, earned three Academy Awards for Best Original Song, including "Can You Feel the Love Tonight" from The Lion King and "A Whole New World" from Aladdin. He also has five Grammys, one Emmy for his work as a producer on Jesus Christ Superstar Live in Concert and two Tony Awards for Evita. 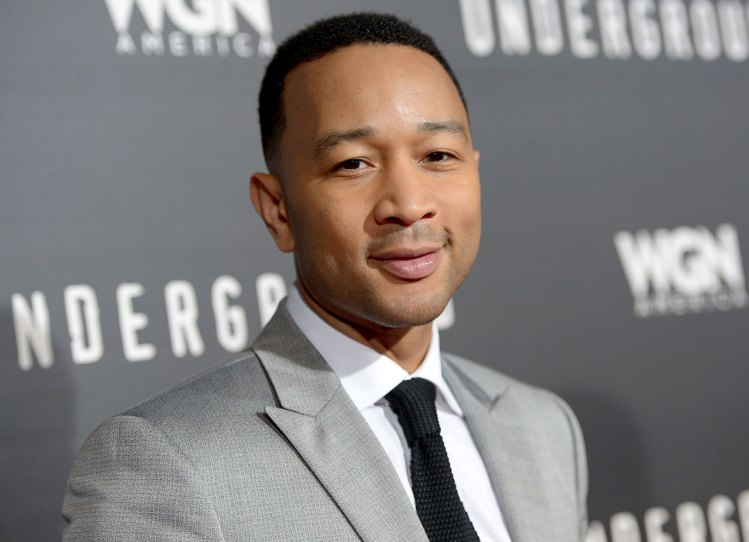 The soulful singer and actor joined the EGOT club in 2018 when John Legend took home the Emmy for Outstanding Variety Special for Jesus Christ Superstar. Not only was he one of the youngest people to earn the honor, but he also made history as the first African American man to reach EGOT status. Aside from his Emmy win, Legend has 12 (yes, 12) Grammy Awards, an Oscar for his Selma power anthem "Glory” and a Tony for Best Revival of a Play for Jitney. 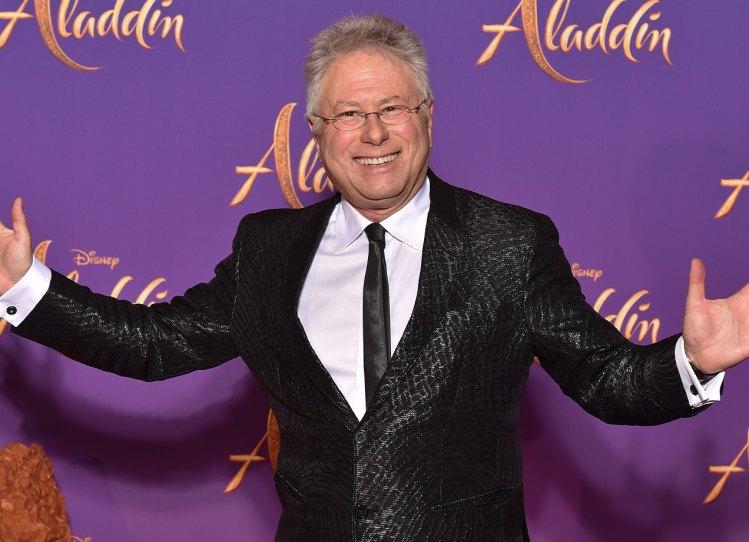 He’s the genius behind some of the most popular songs and scores from Disney's Aladdin, Hercules, The Little Mermaid, Beauty and the Beast and more—so we can totally see why Alan Menken made the list. The composer earned an impressive 11 Grammy Awards and eight Oscar wins. He also received a Tony for Best Original Score for Newsies, then completed his collection with an Emmy Award for Outstanding Original Song in a Children's, Young Adult or Animated Program (Rapunzel's Tangled Adventure). 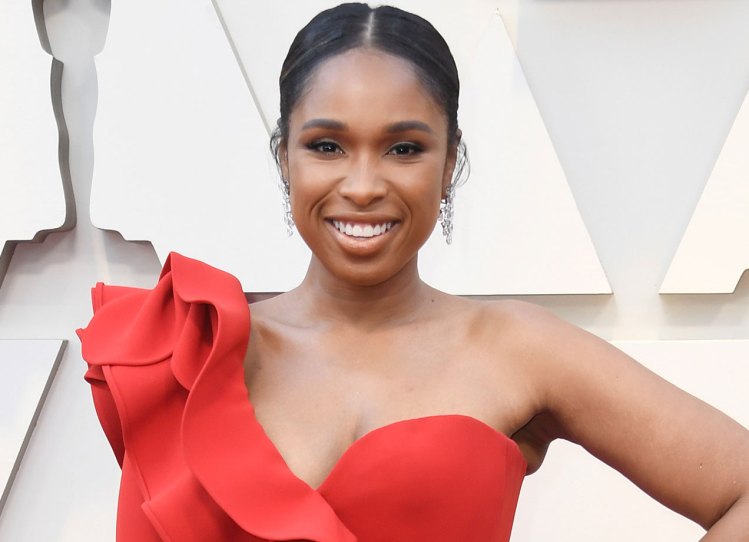 The actress and singer actually made history as the first ever American idol alum to reach EGOT status. Most recently, Jennifer Hudson snagged a Tony Award for serving as a producer on Broadway's A Strange Loop. She also received a Daytime Emmy for serving as an executive producer on Baby Yaga (Outstanding Interactive Media for a Daytime Program), an Oscar for Best Supporting Actress in Dreamgirls and two Grammy awards for her debut studio album (Best R&B Album) and The Color Purple (Best Musical Theater Album).