Was Spielberg’s Remake of ‘West Side Story’ Worth the Trouble? Absolutely, Yes 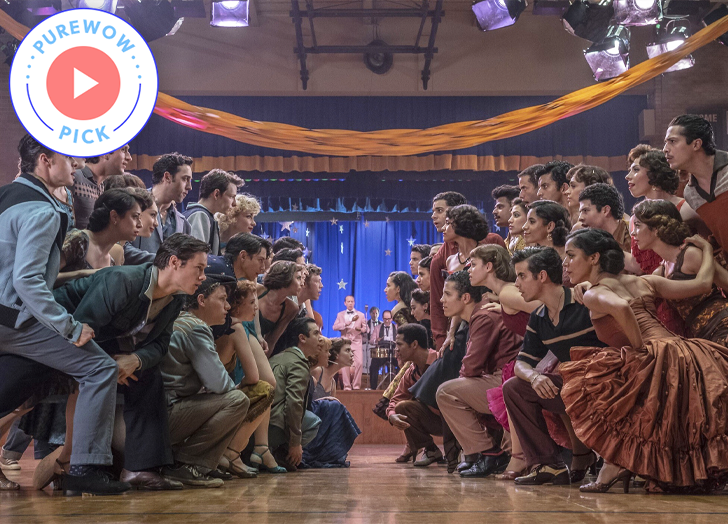 When Steven Spielberg announced plans to remake 1961’s West Side Story, it was met with a whole lot of “but…why?” After all, why try to redo a cherished movie that won a whopping ten Academy Awards back in the day? Whatever his reasons (to better tell the stories of the Puerto Rican characters, to enliven a beloved classic, to finally scratch that itch to direct a musical), Spielberg’s 2021 version definitively avoided the worst expectations. In fact, it’s an absolute must-see, and an Oscar contender in its own right.

The biggest question for fans of the original movie, or the Broadway show, is likely what remains the same and what was changed for the 2021 version. There are only a handful of changes that could be considered major (and to call them major feels like a real stretch), like the elimination of the opening overture and intermission. But the best changes made are to give more context to the world these characters are living in.

Musicals aren’t exactly known for having the deepest or most well-rounded characters, but one complaint about the original West Side Story is that it doesn’t honor the realities or complexities of Puerto Rican communities living in New York at the time. Spielberg’s decisions to have the Puerto Rican characters speak in Spanish much more often, to actively talk about how low-income housing was being torn down to make way for Lincoln Center and to better flesh out Maria into a woman with drive and convictions (rather than just a virginal, lovesick girl) greatly improve viewers’ understanding of and connection to the story. 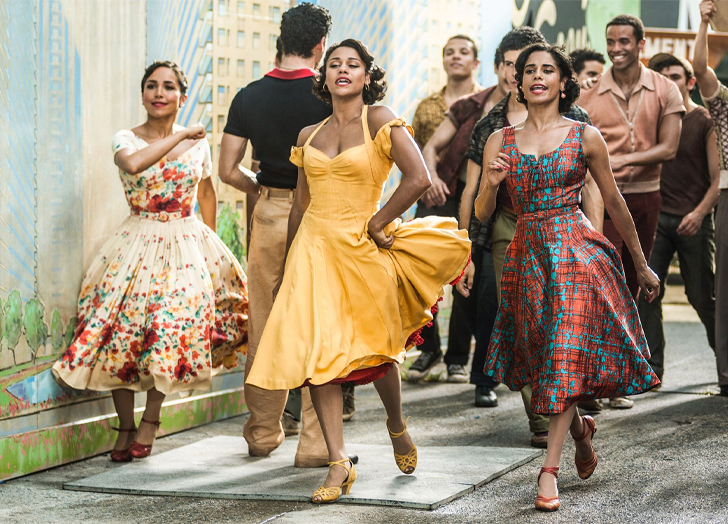 Just like in the original, Anita really steals the show. Rita Moreno’s Anita was one of the absolute best parts of the 1961 film, leaving some mighty big shoes to fill, but Ariana DeBose knocks it out of the park with her 2021 performance. Broadway buffs will likely know her from the original cast of Hamilton or as Donna Summer in Summer: The Donna Summer Musical, for which she received a Tony nomination. And fans of Schmigadoon! will recognize her as schoolteacher Emma Tate. Her Anita is vibrant, passionate, complex and deeply moving and if she doesn’t receive a nomination for Best Supporting Actress, it’ll be quite the shock.

Speaking of Moreno, she returns to the film as Valentina, a stand in for the original Doc (in fact she’s Doc’s wife) and reminds us all why she deserved her Oscar for Best Supporting Actress in 1962. Doc may not have been the most active character, but Spielberg knows you don’t waste Moreno’s talents on a bit part. Valentina lends gravity to the situation at hand as the only adult in the story who actually cares for all the young people, both the Jets and the Sharks. And it was more than clever to have Moreno’s Valentina sing Somewhere rather than Anita as another small but impactful change.

Mike Faist (the original Connor Murphy in Dear Evan Hansen) also gives an incredible turn as Riff. Spielberg’s reworked version of the story doesn’t just give more depth to the Sharks; the Jets are also given more to work with. But it’s Faist who makes the audience truly feel sympathetic for a group of boys who are, in the words of Officer Krupke, a bunch of no good punks. 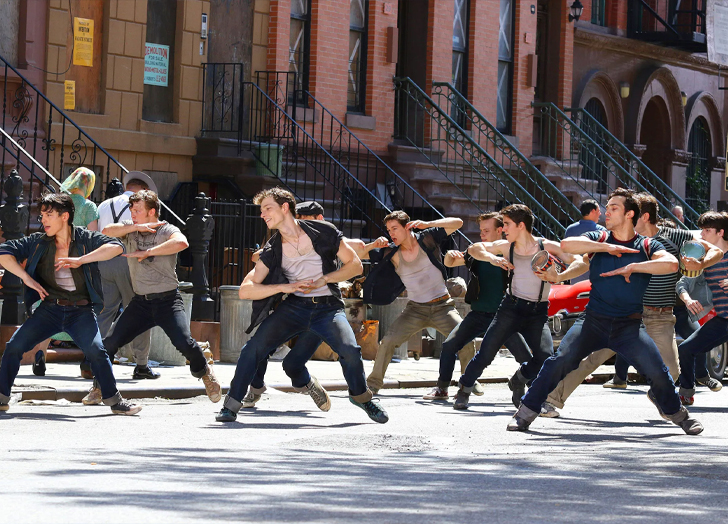 Rachel Zegler’s Maria is wonderful and one should expect to see a lot more of her in the future, but Ansel Elgort unfortunately pulls out a Tony that is simply adequate. He shines brightest any time he sings or dances, and manages to make the song Maria (by Stephen Sondheim’s own account not a great song) feel lovely and moving. And while he’s definitely believable as a lovesick boy who is head-over-heels for Maria, he’s less convincing in his heavier, more emotional scenes. This is most apparent in any scene, and there are many, where he acts opposite Rita Moreno. But among the gorgeous costumes, incredibly detailed sets and vibrant cast, it doesn’t much matter that he can’t believably cry on cue. You’ll still be moved by the glimmer of hope that is Tony and Maria’s love, which ultimately fades to darkness.

West Side Story has such a long history of love and success because it is, above all else, a phenomenal musical. Spielberg maintains all the most-loved aspects of the original, pleasing die-hard Broadway fans, while deepening the characters and the world they live in. It has its flaws but overall it is a stunning film (particularly the costumes) that’s well worth watching and is sure to be a popular pick come awards season.

After 15 Years, I Rewatched ‘White Christmas’ to See If It Would Still Hold Up…And It Mostly Does