Bridgerton season 1 has been dethroned as Netflix’s most popular English-language show…but the series is still holding the top spot.

The period drama’s second season just surpassed the first one as the streaming service’s most-watched English-language series. The company calculated the results based on “hours viewed in their first 28 days on Netflix.” While Bridgerton season 1 was streamed for 625+ million hours, season 2 clocked in at 656+ million hours. (That’s 31 million more hours.) 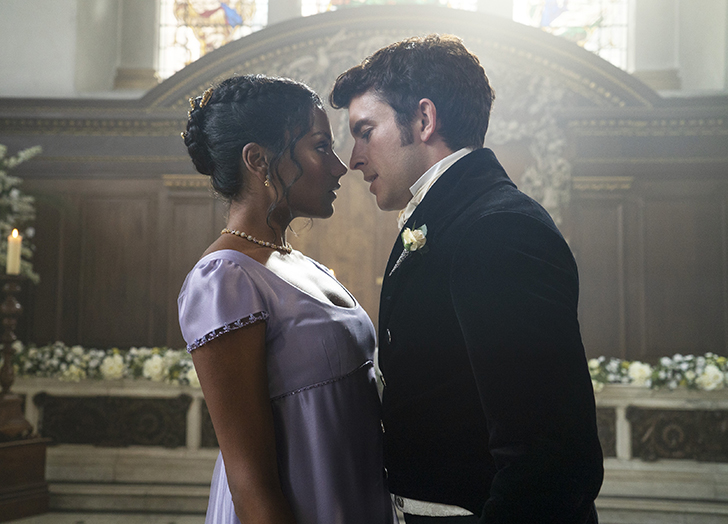 It’s important to note that Bridgerton isn’t the only show that made Netflix’s most-watched list multiple times. A few other series—like The Witcher and 13 Reasons Why—were also honored twice. Here’s the breakdown of how many hours were watched for each title’s first 28 days on Netflix:

Based on the best-selling book series by Julia Quinn, Bridgerton takes place in London during the early 1800s, which is commonly known as the Regency Period. It follows the Bridgerton children as they search for true love in a competitive—and equally diverse—marriage market. While season 1 focuses on Daphne (played by Phoebe Dynevor), season 2 centers around Anthony (played by Jonathan Bailey). *Curtsies*