Alexandra Breckenridge just made a relatable confession on social media: She misses This Is Us—namely, Sophie and Kevin.

This week, the Virgin River star, 40, re-posted a video on her Instagram Story that confirmed she’s having This Is Us withdrawal. The clip (screenshot below) featured the best on-screen moments between Kevin (played by Justin Hartley) and her character, Sophie. 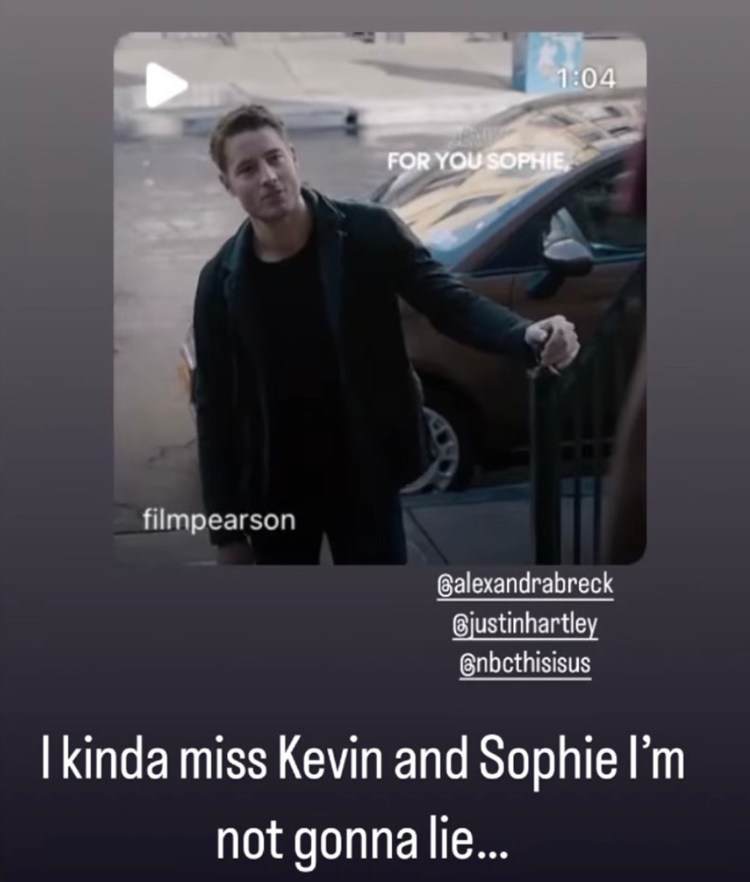 She wrote, “I kinda miss Kevin and Sophie I’m not gonna lie…”

Breckenridge is currently filming the fifth season of Virgin River, where she plays Melinda “Mel” Monroe. Before she landed the role, she starred on This Is Us as Sophie, Kevin’s life-long love interest. In the later seasons, she was demoted from series regular to guest star because she was busy working on other projects, like Virgin River.

But in the show’s sixth—and final—season, her character became a vital part of the story line. Breckenridge previously revealed that the only reason she was able to reprise Sophie was because production for Virgin River was delayed. 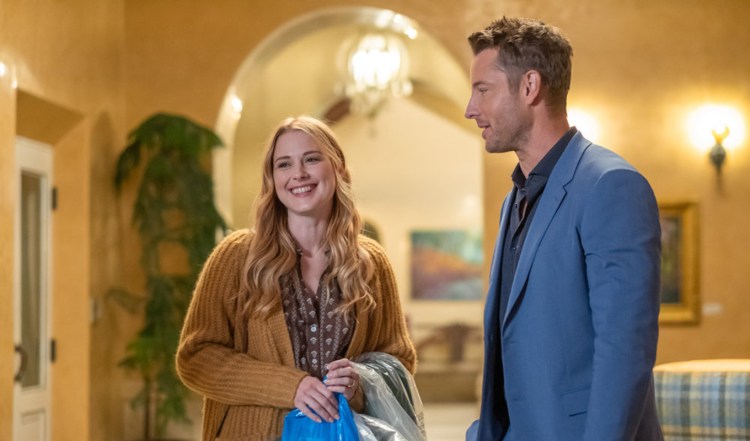 “We were supposed to start shooting season five of Virgin River in March, but it was pushed to July,” she told Glamour magazine. “So, had we started when we were supposed to, I don’t know that Sophie and Kevin would’ve ended up together.”

This Is Us series creator Dan Fogelman previously teased a potential spin-off movie. Although there’s no definite plan, it’s safe to say that Breckenridge would be on board.

Want all the latest entertainment stories sent right to your inbox? Subscribe here.