We've really been itching for more episodes of Virgin River, but while we wait, we've been biding our time by watching other programs featuring our favorite stars from the show. In case you were unaware, Alexandra Breckenridge (aka Melinda “Mel” Monroe), also has a recurring role on the hit series This Is Us. And as the sixth and final season of the NBC drama airs, Breckenridge is reprising her role as Sophie.

While Breckenridge has appeared in every season of ﻿This Is Us﻿, the 39-year-old actress made her welcome return in the latest episode of season 6, during a flash-forward sequence. Now, based on her latest Instagram Story, we're guessing that Breckenridge's character still has some interesting things in store for these final episodes.

A fan-run Instagram account, @virginriverpassionate, recently posted a collage celebrating the actress's return to ﻿This Is Us, and Breckenridge shared the post to her own Story, with a caption that said, “Can't wait to see what happens?” She also added the zany face emoji. 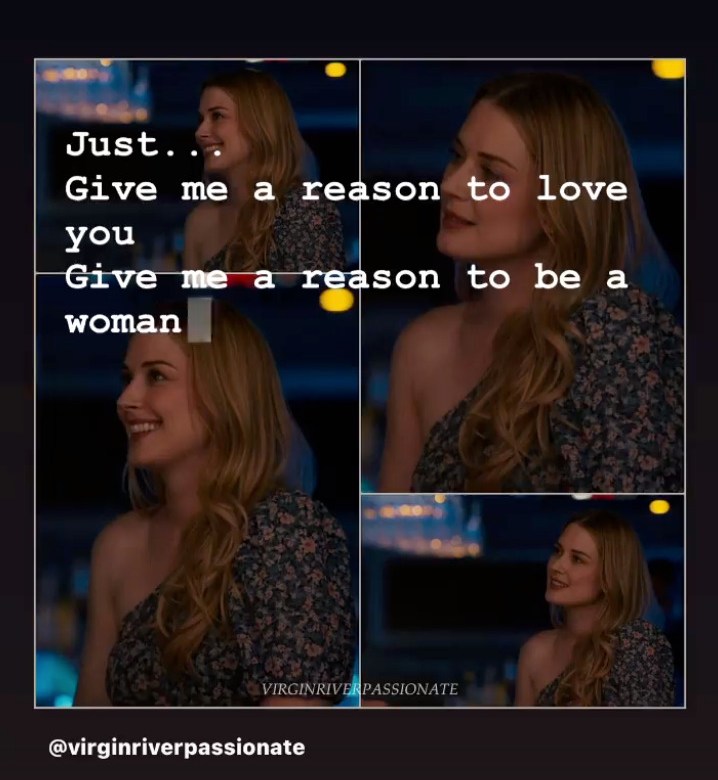 On top of the Story, Breckenridge also added an audio snippet from the song, “Glory Box” by Portishead. The lyrics “Just give me a reason to love you / Give me a reason to be a woman” flashed across the screen as the song played.

In the end of season 5 of ﻿This Is Us﻿, we saw Sophie calling her ex-husband, Kevin (Justin Hartley) to congratulate him on his impending nuptials to Madison (Caitlin Thompson). And while it appeared as if Kevin still had lingering feelings for Sophie, we eventually see him delete his former flame's number from his phone. However, Kevin and Madison end up calling off their wedding.

Now, we're anxious to see what the future has in store for Kevin and Sophie as the series comes to a close. The final episodes of This Is Us will air on April 19 and April 26. We'll definitely be tuning in.

Want all the latest entertainment stories sent right to your inbox? Subscribe here.