‘A League of Their Own’ Series Review: the Prime Video ﻿Remake Expertly Highlights Stories the Film Left Out

We would have never guessed that Abbi Jacobson would follow up the zany and raunchy Broad City with a WWII-era sports dramedy series. However, if there's one thing we've learned about Jacobson, it's that she loves the unexpected, and with her decision to remake the hit 1992 film A League of Their Own, she has developed something fresh, even for those who are fans of the film.

In this new Prime Video original, also titled A League of Their Own, the setup is similar to the ’92 flick in that it follows a group of women in 1943, who join the Rockford Peaches as a part of the newly-developed All-American Girls Professional Baseball League. But while functioning as a period piece, this show doesn't try to rewrite the past à la ﻿Bridgerton ﻿or give it a modern spin akin to the 2022 ﻿Persuasion﻿. Instead, Jacobson's League highlights the experiences of players during this time who weren't made the focus of the nineties film, and it offers a rich expansion of these women's story. Keep reading for our full review.

The first episode sees Jacobson's character, Carson Shaw, escaping from her stifling life and starting anew by trying out for the professional team, while also seemingly ending her relationship with her husband. On the journey there, she befriends other hopefuls, including The Good Place﻿'s D'Arcy Carden and You's Melanie Field, and at first, the establishment of the story feels very similar to the film.

That is, until we meet Maxine “Max” Chapman (played by ﻿Voyagers﻿' Chanté Adams), a young Black woman who works at her mom's hair salon, but dreams of playing ball, despite the opposition she faces from the racist league owners. Max and her best friend, an aspiring artist named Clance (Gbemisola Ikumelo), offer an important perspective that was missing from the nineties movie. The story of the real-life Rockford Peaches is seen differently when we recognize that no Black women were ever hired to be a part of the league. In the show, Max is rejected from the women's team, but finds a way to play with the men, a narrative that was inspired by the actual story of three women—Toni Stone, Mamie "Peanut" Johnson and Connie Morgan—who all played in the Black men's league (the only Black women to play in a professional league at the time). 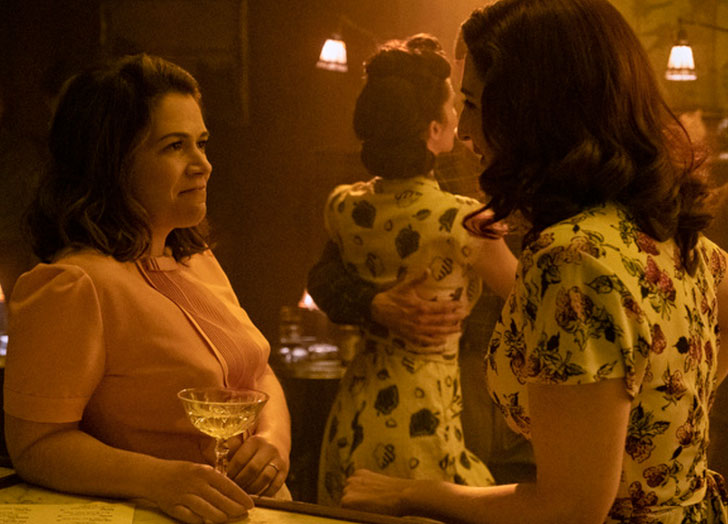 Along with this important addition, Prime Video's A League of Their Own features another welcome spin, with a focus on the queer identities of a few of the players. We can look to Maybelle Blair, a real-life player in the AAGPBL who recently came out as gay, but we know that her story was not singular. And while we won't spoil how these dynamics are explored in the series, Jacobson and her co-creator, Will Graham, expertly weave this important history of the team into the show as well.

Due to these nuanced themes, A League of Their Own is not always as funny as its source material, but it doesn't have to be. Fans of Broad City should not expect the same outlandish comedy which that former Jacobson series provided, however there are still a good number of laughs in the first episode alone. And we have a feeling that A League will offer plenty of rich storytelling throughout the rest of season one. 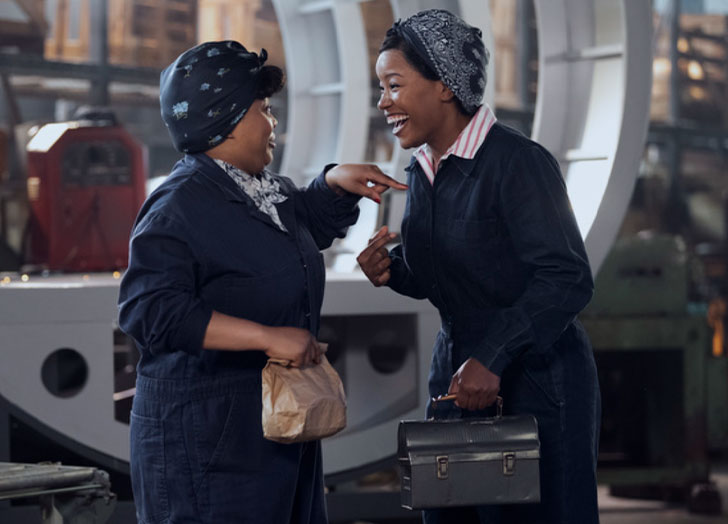 In an age where remakes get spit out on a regular basis, A League of Their Own develops a successful formula by aiming for historical truth and highlighting the lives of people who were left out of the original version. This is a welcome return for Broad City's Jacobson, as well as the perfect venue for stars like Adams and Carden to flex their dramatic talents. For fans of the ’92 film or new viewers who aren't familiar with the movie, this show's balance of laughs and drama is sure to please all. We're ready to play ball with these women all season long.