What Is ‘The Ick’ (& Once You Get It, Is the Relationship Over)?

“I was really feeling it, but it was raining on our date the other night and while he was walking into the restaurant I saw his umbrella flip inside out and immediately got the ick.” But wait…hasn’t everyone’s umbrella flipped inside out every once in a while? Yes, but that’s beside the point. The ick—basically, a really intense turn-off that can be legitimate or very obscure—isn’t always logical, but it is often a relationship killer. Read on for what it is, examples of people getting it and how to differentiate between the ick and a legitimate red flag.

This Dating Trend Is So Millennial, We Can’t Even 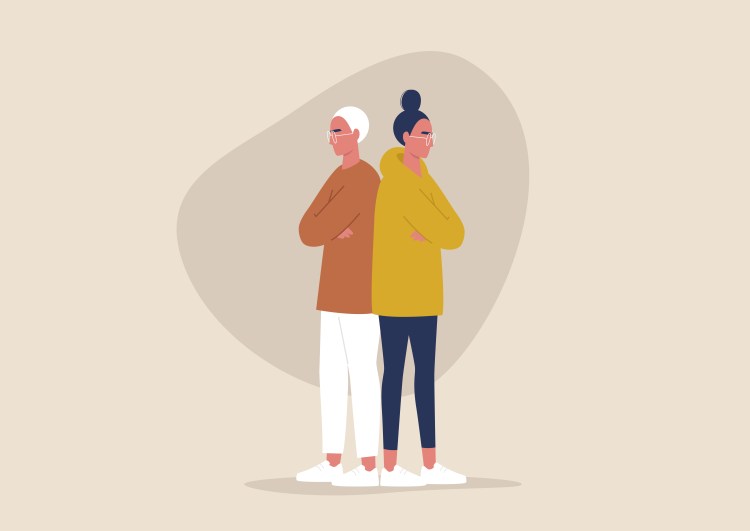 Though not an actual affliction or diagnosis, it’s widely agreed that ‘the ick’ happens when you have a viscerally repulsed reaction to something the person you’re dating does. It’s like a turn-off that’s dialed up by 11. The ick can happen at any stage of a relationship, from the first date all the way up through years of marriage.

What Are Some Examples of Things That Give People ‘The Ick’?

The ick’s versatility cannot be overstated. Some things that have given people the ick are pretty reasonable, like chewing with one’s mouth open, not saying please or thank you to a server or being a know-it-all. Other things are more obscure and seemingly harmless, like disliking hummus, running through the airport with a rolling suitcase or using the wrong laugh-crying emoji.

For your entertainment, here’s a short list of reasons some people we polled have gotten the ick (note: one is still married, proving that the ick doesn’t have to send your relationship to a screeching halt):

What’s the Difference Between the Ick and a Legitimate Red Flag?

According to Psychology Today, red flags in a relationship are intuitive indicators telling us that something is not right. Though they can be hard to identify when we first start dating, as we grow older and discover ourselves more, we get better at spotting them. Oftentimes, red flags foreshadow something that may become an issue as the relationship progresses, so it's important to get to know yourself and figure out what your boundaries are.

Common red flags in a relationship can be things like refusing to introduce you to their friends, talking trash about their ex or telling you they love you on the second date. While some things that cause the ick can be legitimate red flags (like disrespecting wait staff, for example), the ick is often a bit sillier and less serious. It’s the things you text your friends when you’re two dates in and overanalyzing every little thing about your interactions.

Basically, what we’re saying is this: The ick doesn’t mean the person you’ve dated has necessarily done something wrong, and it doesn’t have to mean the end of a relationship. (Unless he claps when the plane lands, in which case you have our full support to move on.)

‘Hardballing’ Is the Gen Z Dating Trend That Seems, Dare We Say, Healthy