My Fiancé Stays Out Late with His Friends, and I Can’t Help but Feel Rejected 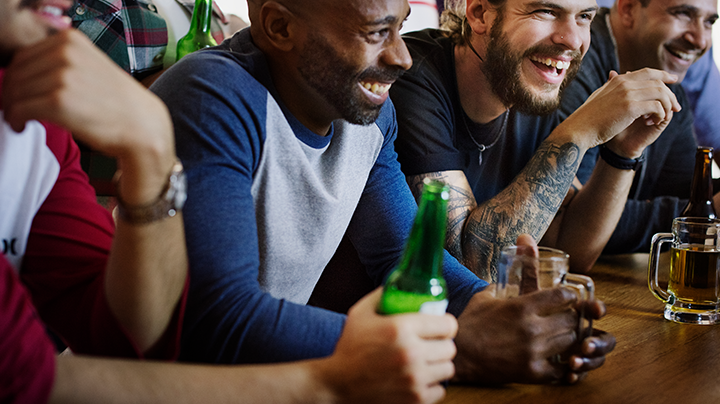 “My fiancé has had the same friend group since childhood, and they all share the same cultural background. It’s great that they have one another for support, but lately he’s been staying out extremely late with them. He goes out on Sunday evenings, often coming home at 3 or 4 a.m. His schedule for work is flexible, but mine is set in stone, and his late nights mean we can’t commute together in the morning, which is important to me. When he’s with his friends, I see so little of him, and I end up hating these guys as a result. What can I do? I feel like he’s choosing to see his friends over me, which seems like a serious rejection.”

People are busy these days, and I totally understand that two working adults might have weeks where there’s less time to connect. But if you’re regularly missing out on emotional intimacy, then that’s cause for concern.

With any fight that’s recurring, the issue needs to be addressed in a new way. My guess is that, since it’s a weekly fight, this volcano is erupting right when it’s fresh. And while I understand the instinct to pounce the instant he walks through the door, it’s probably not the best time to have this conversation. Wait until your emotions are in check so you come in with a vulnerable spirit and not a combative one.

There are also two separate issues in play here. Number one, you aren’t getting enough time with him to feel closely and intimately connected. Number two, you’re questioning if he is truly committed and wants to be with you, and if you’re headed for a good marriage.

The first issue is the canary in the coal mine. Why doesn’t he feel this need to see you too? You need to find out whether it’s a false alarm or if he’s lacking the commitment you need to feel safe in this relationship. But let’s assume the best from the get-go: that he just needs a good, solid talking-to about how you feel loved.

Explain what quality time means to you

You have to share your fiancé with other people, of course. But if you’re the type of woman who cares that her partner puts her first, then you also need to articulate this to him in a vulnerable way, during a non-heated discussion.

Especially if you are a “quality time” love language person, then you need to tell him this is how you feel loved: “I feel safe in our relationship when we have consistent time together. When we don’t, I question whether or not you love me. Can we commit to a certain time each week that’s just for us?” He might have a different love language and not understand your need for such consistency.

Share what you shared with me—that you really need that morning commute for some solid reconnection, and that being on the same schedule allows you both to be present for each other. Definitely don’t tell him not to see his friends. After all, hating them is misplaced anger—this is about the two of you.

Come at it with an open heart. If things don’t change, then you’ll need to take a bigger step.

Hold him accountable for his actions

If things don’t change, however, you’ll need to tell your fiancé that you’re not feeling his commitment and it’s causing you to question his love. Yes, that might feel scary, but he needs to know that this is seriously affecting you.

Again, it’s not the friends—it’s the lack of consideration for your needs, which is a must in any marriage.

Ultimately, you can’t continue to give love when the well is dried up, and he needs to know you’re mining for those last bits of water. If he can’t understand that, then maybe he’s not ready for the seriousness of your relationship.

Jenna Birch is a journalist and the author of The Love Gap: A Radical Plan to Win in Life and Love, a relationship-building guide for modern women, as well as a dating coach (accepting new clients for 2020). To ask her a question, which she may answer in a forthcoming PureWow column, email her at jen.birch@sbcglobal.net.

My Boyfriend Just Told Me He’s Bisexual. How Do I Take This?