Your Next Weekend Escape: Philadelphia

With its historic sites, up-and-coming neighborhoods, lively culinary scene and rich brewery culture, the City of Brotherly Love has plenty of opportunities to impress know-it-all New Yorkers and travelers alike. Geographically close (via an inexpensive two-hour train ride from Penn Station), Philly is spiritually very different from New York, but like the Big Apple, it wins points for being incredibly walkable. What does this all mean? Philly’s got the perfect formula for your next quick weekend jaunt. 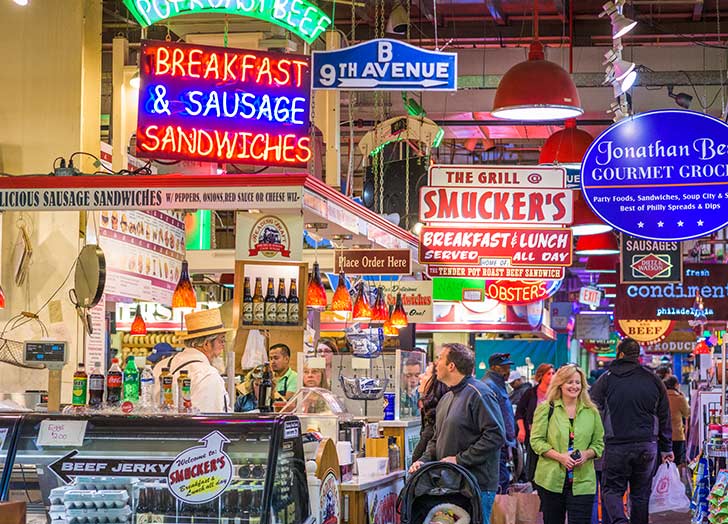 The city dates back to 1682, making it one of the oldest in the U.S. and, unsurprisingly, full of history. You can easily chart out an entire afternoon at Independence National Historical Park: See where the Founding Fathers signed the Declaration of Independence and the Constitution at Independence Hall; pose for a selfie with the Liberty Bell; and explore the legacy of the city’s most famous statesman at the Benjamin Franklin Museum (and, nearby, The Franklin Institute). Then climb the steps that made Philly’s favorite fictional son a champion at the Philadelphia Museum of Art—the bronze Rocky statue at the bottom of the stairs is one of the city’s most famous pieces of public art. Once inside, take in the cultural center’s collection of more than 240,000 pieces.

Speaking of art, the acclaimed Barnes Foundation is filled to the brim with Impressionist and Post-Impressionist works from a former private collection that draws art buffs from all over the world. There are also the mixed-media mosaic murals at Philadelphia’s Magic Gardens, which live up to their name. (Make sure to reserve a time slot online.) The very creepy Eastern State Penitentiary is great for true-crime fans. The former prison housed Al Capone, and just the sight of it will make you never want to break the law again. The prison also puts on a scary AF haunted house event around Halloween.

If you are feeling overwhelmed and would rather have a local expert show you around, there are plenty of comprehensive yet casual tour options—from historic architecture to, well, even cheesesteaks. Intrepid’s Urban Adventures offers group excursions through the city’s landmarks, its legendary beer scene and its historic neighborhoods.

No visit to Philadelphia is complete without a stop at Reading Terminal Market, a walk-around market and culinary hub that celebrated its 125th birthday earlier this year. While some of the 80-plus merchants have been around for decades, a new section in the historic market is luring hungry travelers too. Highlights include the distilled spirits from around the region at the Pennsylvania Pour Collective, which opened in November. 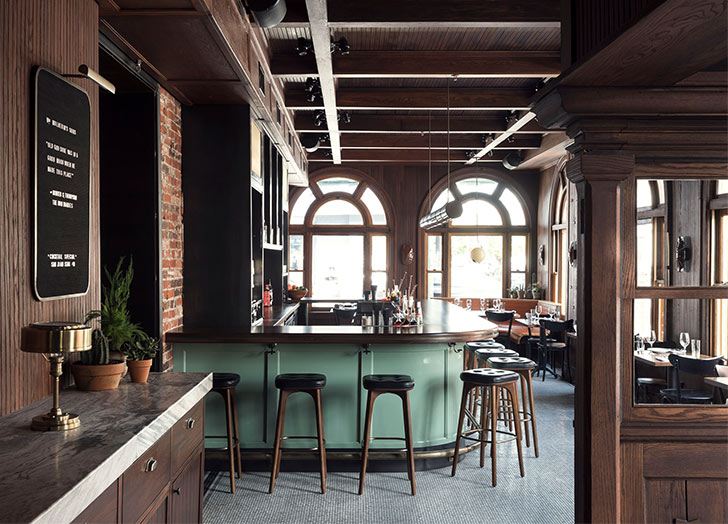 It’s pretty hard to leave Philly without a full belly, thanks to a restaurant scene that rivals New York’s (minus the pretension). Enjoy a leisurely Champagne brunch at Parc, Stephen Starr’s Parisian-style bistro on Rittenhouse Square. Start with the moules frites to share—you won’t be disappointed. For dinner, sample the modern Mediterranean small plates whipped up by Top Chef alum Jen Carroll and her fiancé, Billy Riddle, at Spice Finch. Amazing food aside, the art deco–inspired design and the creative cocktail menu also get high marks here. Some of the hottest tables in town are at Vernick Food & Drink, an upscale eatery tucked into a Walnut Street brownstone. James Beard Award–winning chef Greg Vernick’s neighborhood eatery has stayed consistently good (and popular) since it opened in 2012. Pro tip: Call to check for cancellations or get there early to snag seats at the bar. Veggie and meat eaters alike flock to Locust Street’s Vedge for its creative take on vegan and vegetarian small plates. (Seriously, it’s one of the best meals we’ve ever had.) For beer and pizza, head to Urban Village Brewing Company in Northern Liberties.

Northeast of Center City, the historically blue-collar nabe of Fishtown has been called the coolest/finest/hottest/most vibrant neighborhood in Philly/America. Affectionate adjectives aside, it has an undeniably robust dining scene. For pasta, pizza and other rustic Italian wood-fired fare, try Wm. Mulherin’s Sons—the ground-floor restaurant in the popular hotel of the same name. It’s in a former whiskey blending and bottling factory under the El at Front and Master streets. Other Fishtown hot spots include Loco Pez, a dive bar and taqueria, and Kensington Quarters, a farm-to-table American kitchen. Grab a drink at Garage, R&D or Frankford Hall. 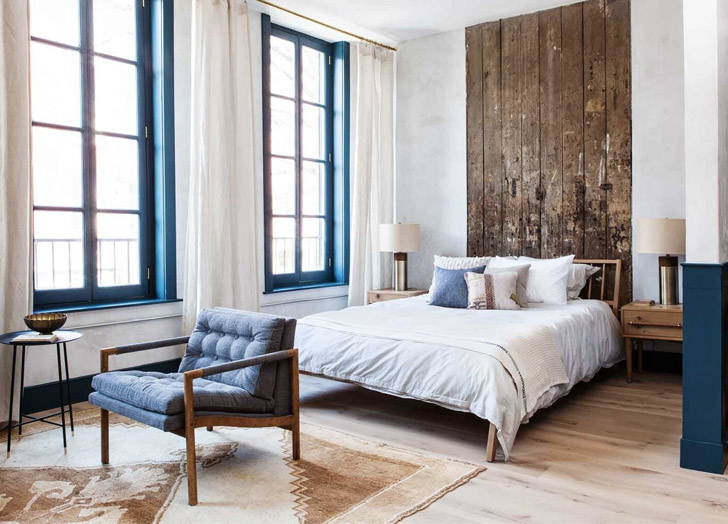 If you’re looking to splurge, the Ritz-Carlton is Insta-worthy from every angle and full of fun history. It’s easily one of our favorites in town—plus, it’s in a great location right next to City Hall and it has all the impeccable service you’d expect. Great value and contemporary digs can be found in Center City at Aloft Philadelphia Downtown and the Cambria, which opened in March. Lokal in Old City is another new kind of option; it’s an apartment-style “invisible service” boutique property (with just six units) that feels like the minimalist-chic apartment of our dreams. (Keep your eyes peeled for a second location in Fishtown in mid-January.)

A Guide to NYC’s Coziest Hotels