Ah, fall in Florida: Time to transition from tank tops to…short sleeves. Just because the temperature hovers between 75 and 86 most days doesn’t mean you can’t have an autumnal experience. In fact, this season may be one of the best times to explore the Sunshine State, since places tend to be less crowded (snowbirds don’t arrive until December-ish and kids are back in school). Here are some of the top things to do in Florida this fall, from seasonal events to uniquely FL fun. So go ahead, order that PSL—just make it iced. 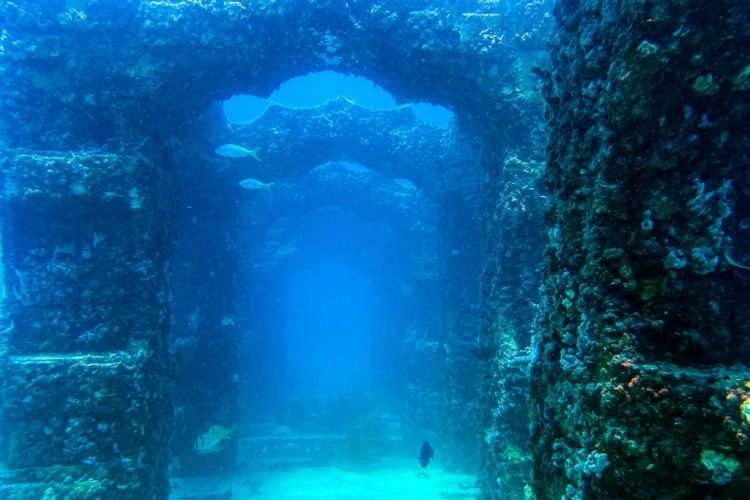 Spooky season is prime time to visit a graveyard, but this year, don’t explore any old cemetery—make the trip to Neptune Memorial Reef. The 16-acre underwater “lost city” is guarded by stone lions, featuring a mix of concrete, bronze and steel architecture designed to serve as an artificial reef. It’s also a final resting place for some, and while visitors are allowed, the memorial reef staff asks that you’re respectful of the ashes preserved there. You can visit by boat or plan a dive trip with one of the company’s partners. 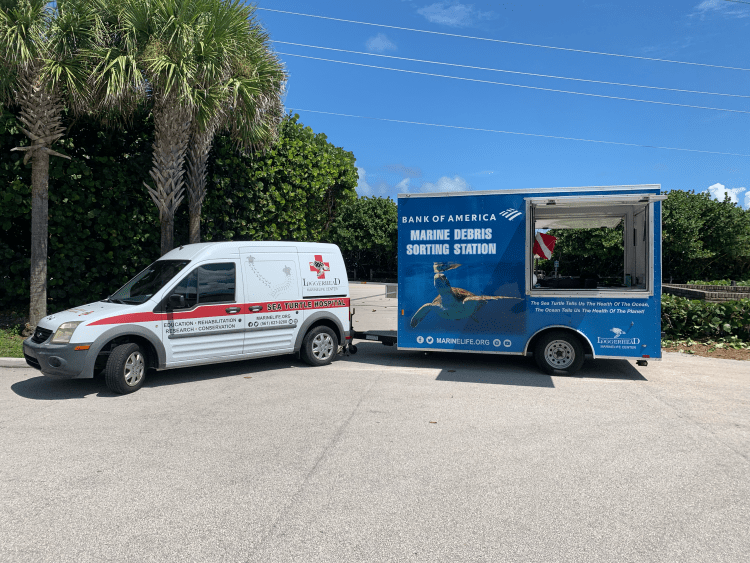 One of the big draws of visiting Florida is taking in its beaches—so why not lend a hand with keeping it clean? And enjoy a mini party while you’re at it? On Sept. 2, visit the Juno Beach Pier for the Tour de Trash Kickoff Beach Cleanup and Blue Market, for a festival on the pier, featuring local vendors specializing in sustainable goods, as well as a beach cleanup. The first 50 or so guests will score a free t-shirt too. After the kickoff, there will be different beach cleanups along the east coast of the state. Contact conservation@marinelife.org for more information. 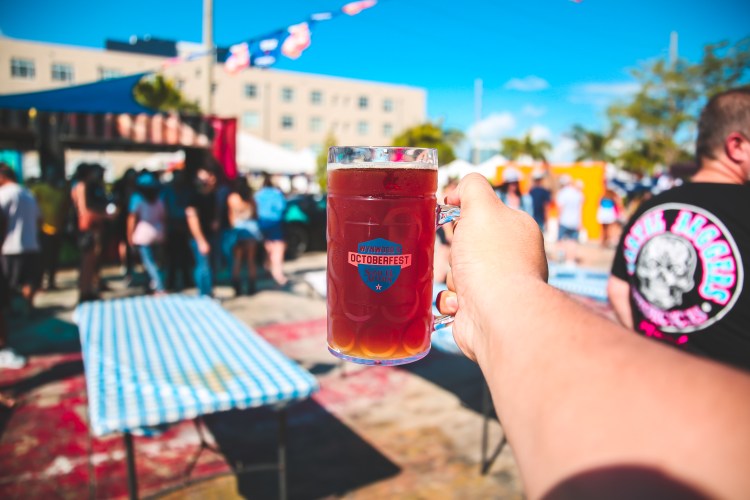 Wynwood’s known for its street art (and art in general), but in early September, the area turns into a three-day party for Octoberfest. Held at Wynwood Marketplace, the event features seasonal beers, live music, games and all kinds of Bavarian food (giant pretzels included). It’s also dog-friendly, so bring your pup too. 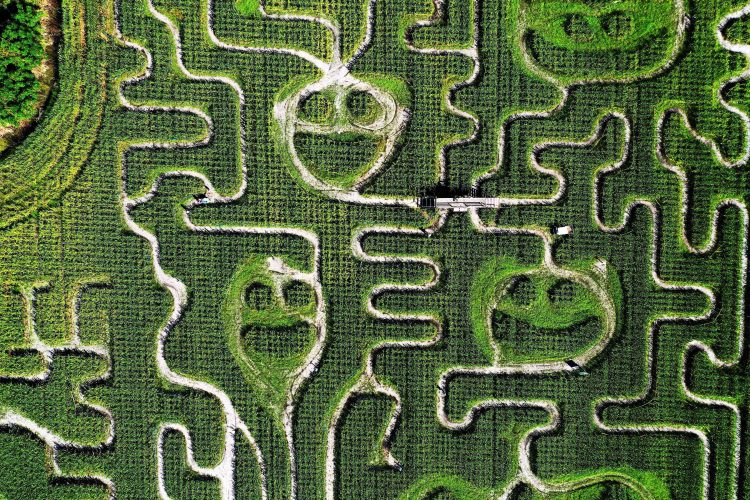 4. Find Your Way through a Corn Maze

What, you thought Florida was all orange groves and strip malls? There are plenty of farms throughout the Sunshine State offering pumpkin patches, hayrides and corn mazes to traipse through. If you’re in the northern part of the state, check out these top spots in and around Jacksonville. Central Floridians, check out Hunsader Farms’s Pumpkin Festival in Bradenton; and Southerners, plan a trip to The Berry Farm in Miami and revel in all of the sunflowers.

FIND A MAZE NEAR YOU 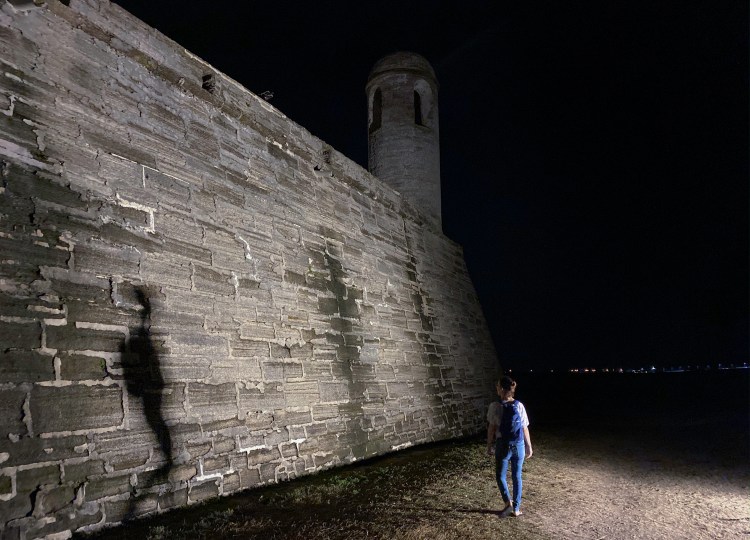 If you’re going to go on a ghost tour, why not do it in the nation’s oldest city? St. Augustine has tons of options to choose from, whether you prefer a walking tour, a lighthouse visit, a pub crawl or a 1920s-inspired adventure in a retro buggy. You’ll get a dose of history—and maybe a glimpse or two of something otherworldly. 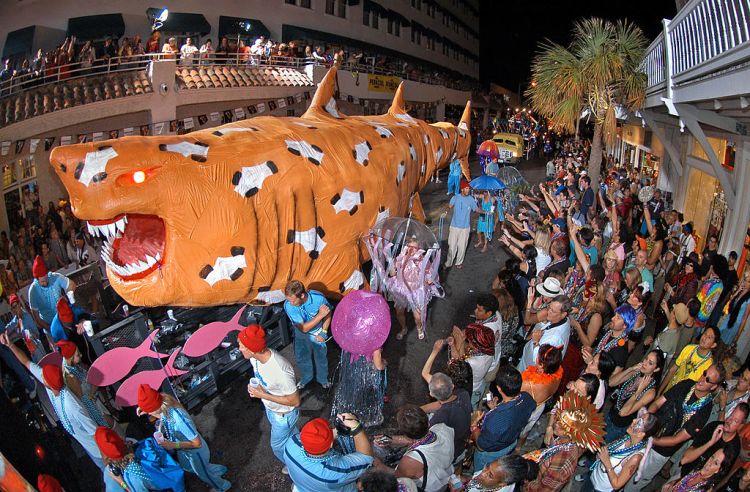 6. Get Wild at Fantasy Fest in Key West

Drop the kids off at their grandparents, because this 10-day costume party is strictly for adults (and yes, body paint counts as a costume, as long as you wear pasties). There are parades, boozy pool parties, hero-and-supervillain-themed races, burlesque parody shows, even a musical about Bum Farto, the infamous drug-running Fire Chief who mysteriously disappeared in the 1970s. 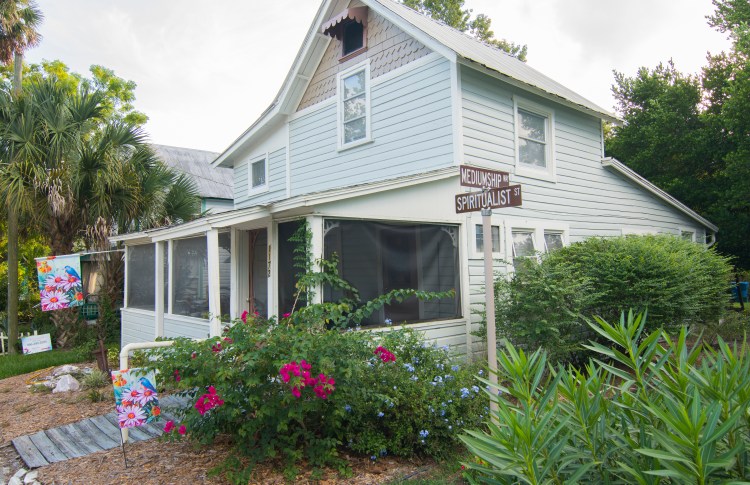 7. Meet with a Medium in Cassadaga

Often referred to as the “psychic capital of the world,” Cassadaga is an unincorporated community in Volusia County. The town is home to several mediums, spiritual teachers and healers, including many who allow walk-in appointments. You can also visit the Southern Cassadaga Spiritualist Camp Meeting Association, though beforehand, you may want to scope out the events calendar to take part in other activities, like going on a historical tour of the area, joining a meditation circle or taking part in a séance. 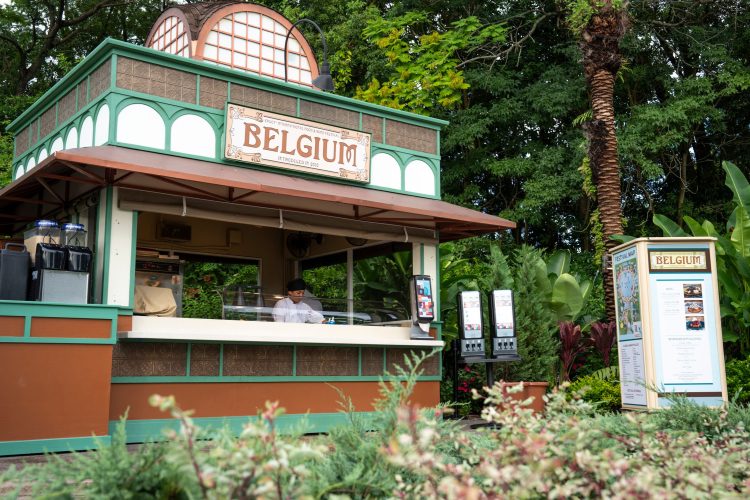 While the Food & Wine Festival started on July 14, let’s be real: You’re better off waiting until the summer travel crowds calm down and the weather turns a smidge more favorable. Now is your chance to eat around the world. We have it on good authority that the Schinkennudeln (a cheesy ham and noodle bake) from the Germany booth, teriyaki chicken bun in Japan and crispy paneer with mango-curry ketchup at the India booth are all must-tries. 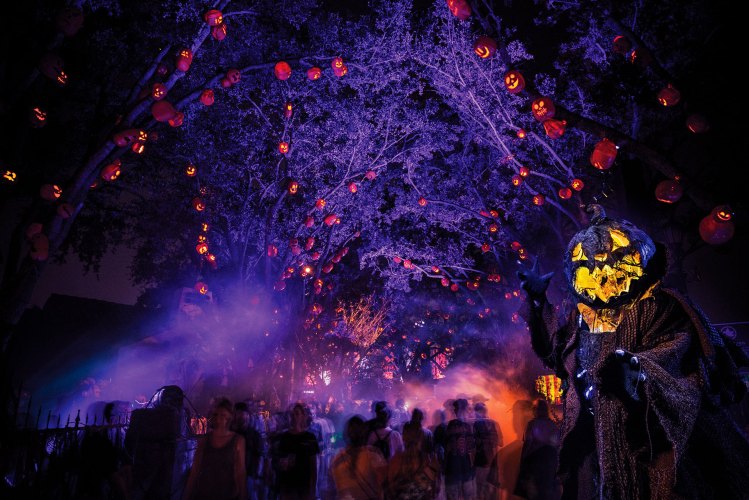 9. Scream Your Face Off at Howl-O-Scream *and* Halloween Horror Nights

If you enjoy being pee-your-pants terrified, hit up Busch Gardens’s Howl-O-Scream and Universal Studios’s Halloween Horror Nights this year. Both feature over-the-top haunted houses, scare zones and creepy shows, though pop culture junkies may appreciate Universal Studios’s Michael Myers-themed house, as well as the chance to be stalked (and terrified) by The Weeknd in his “After Hours Nightmare” house. 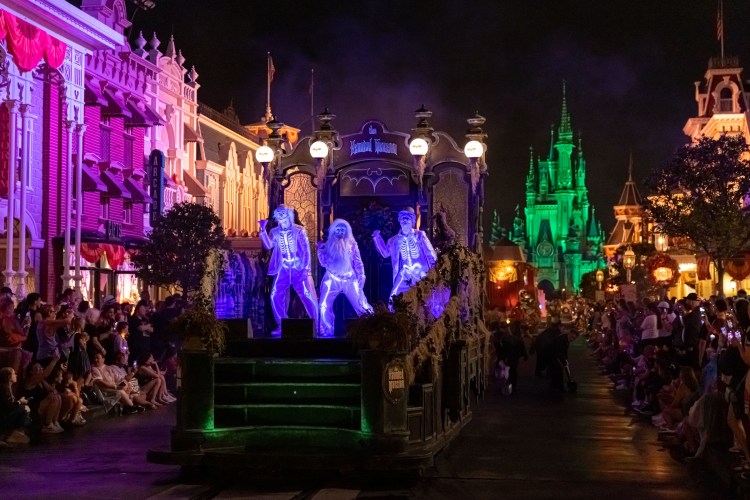 10. Or Take the Kids to a Not-So-Scary Party at Disney World

There are trick-or-treat trails where kids can load up on sweets, Disney characters donning their own Halloween costumes, a Hocus Pocus Villain Spelltacular show, Halloween-y riffs on classic park rides and, naturally, an All Hallows Eve-inspired take on Disney’s famous parade and fireworks display. All of it, as the title suggests, not-so-scary, so even your littlest ones can take in the fun. (Psst: They can wear their costumes, too.) The only nightmare to be had is creeping down I-4 after the park closes. 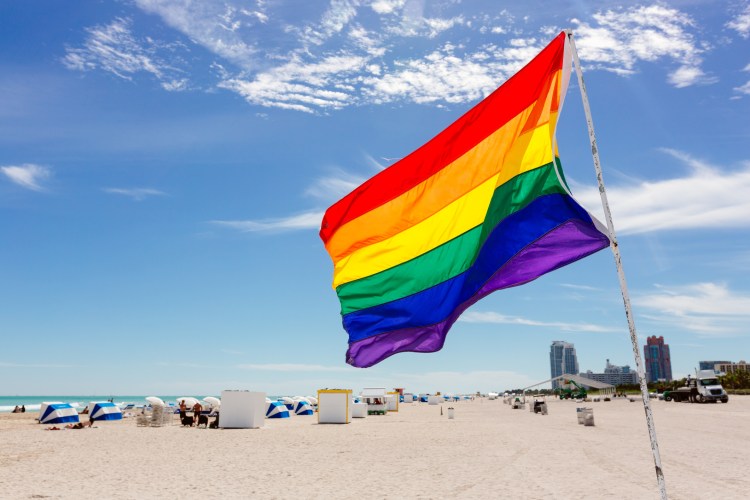 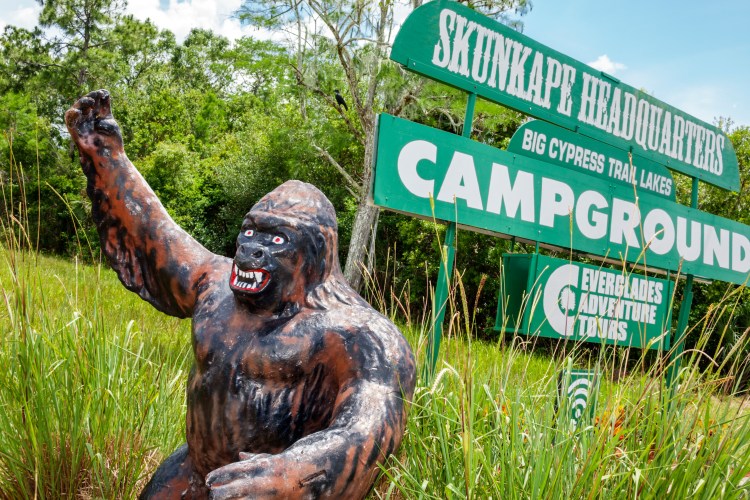 You’ve heard of Sasquatch, Bigfoot and Yetis—what about the Skunk Ape? The massive, hairy creature matches descriptions of Bigfoot, only it gets its name from the pungent odor some say accompanies sightings. While its existence has yet to be substantiated, it’s fun to visit the Skunk Ape Research Headquarters to search for the creature yourself (and take in the Everglades). You can also go camping at the Trail Lakes Campground, where the HQ is located, and visit the animal sanctuary. 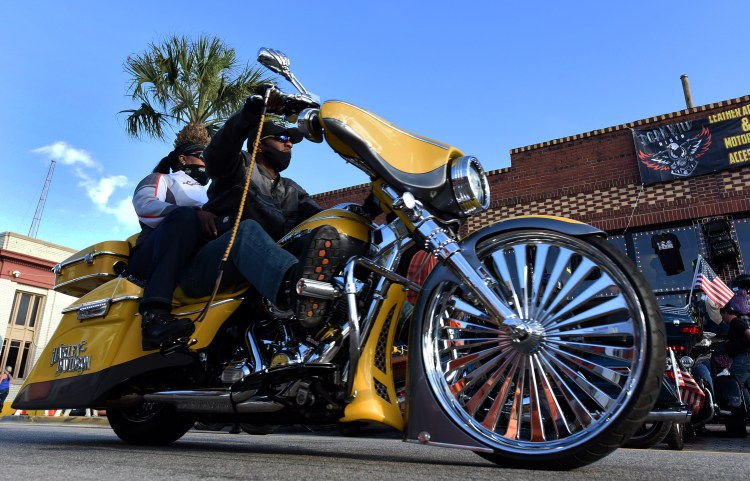 13. Catch the Motorcycle Races During Biketoberfest

Jump on your Harley and head to Daytona Beach for three days of motorcycle shows, races, scenic rides and live music. This year marks Biketoberfest’s 30th anniversary, and bars and restaurants throughout the city are holding events to celebrate. Don’t forget your leather jacket. 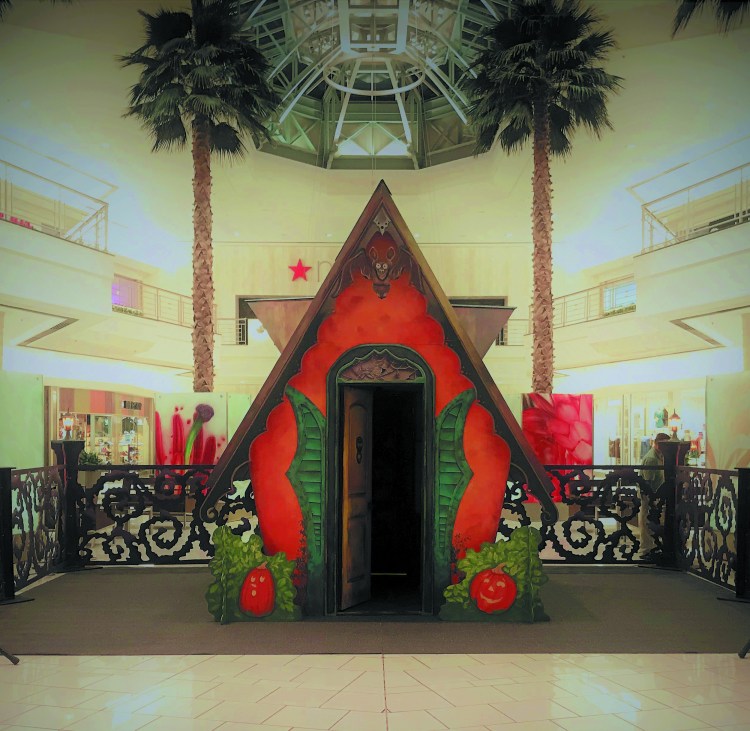 14. Get Crafty at Batty Manor

Looking for a festive-yet-not-frightening way to entertain the kids around Halloween? Head to The Gardens Mall to visit Batty Manor, a semi-spooky cottage featuring arts and crafts, restaurant pop-ups and photo ops. Pro tip: Visit on the weekend between 1 and 4 p.m. to catch the Halloween stilt walkers. 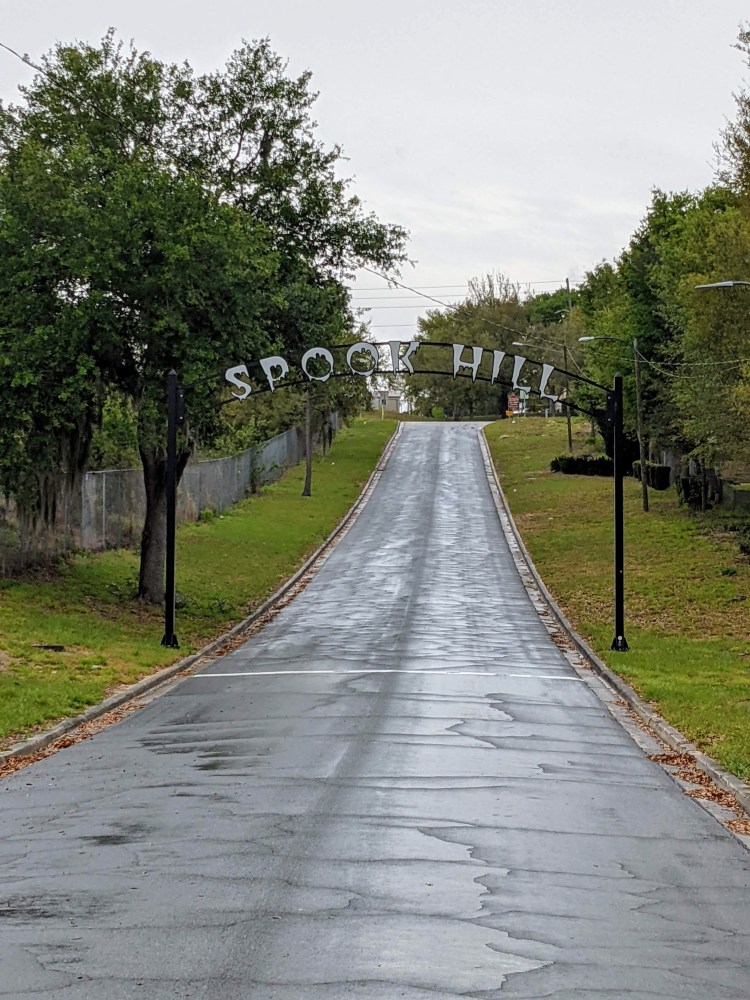 If you’re visiting Central Florida—say, to take in the beauty of Bok Gardens or visit a certain mouse—it’s worth a detour to Spook Hill. Park your car on the white line at the base of the incline, put it in neutral and marvel at how your ride seems to creep uphill on its own. Spook Hill is one of the country’s oldest gravity hills (aka magnetic hills), where the landscape creates an optical illusion that a downhill slope is actually upward. Trippy. 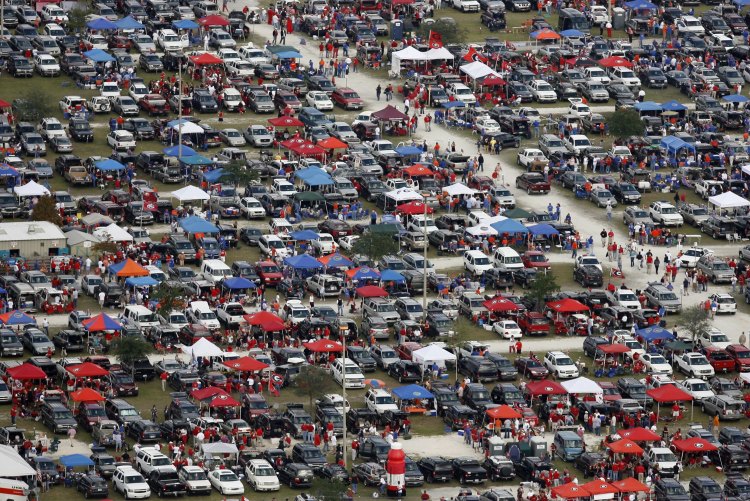 Technically, this is a college football game, and technically, both schools would probably prefer you didn’t call it the World’s Largest Outdoor Cocktail Party, but University of Florida and University of Georgia fans are clinging hard to that moniker. It’s fitting, too, considering an estimated 150,000 people flood TIAA Bank Field Stadium in Jacksonville—a halfway-ish point between the two schools—and many never make it into the stadium. They’re just there to tailgate, and tailgate they do. People hire DJs, bring their own private Port-a-Potties, don costumes and grill all kinds of food. 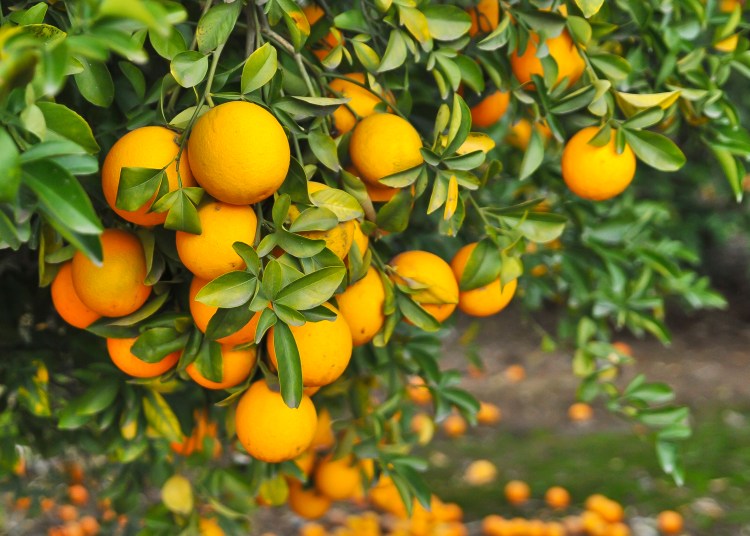 17. Pick Your Own Citrus

While Florida does have its share of pumpkin patches, it’s far better known for its citrus. You’ll get the widest range of options in December, but late November is great for scoring red and yellow navel oranges, Early Pride tangerines, pomelos, lemons and both Persian and Key limes at U-Pick Citrus Farm and Park. It’s 25 minutes from Disney, and you can tack on a monster truck tour of the wildlife preserve there (where you can see zebra, water buffalo and alligators, among other animals) to really make a day of it. 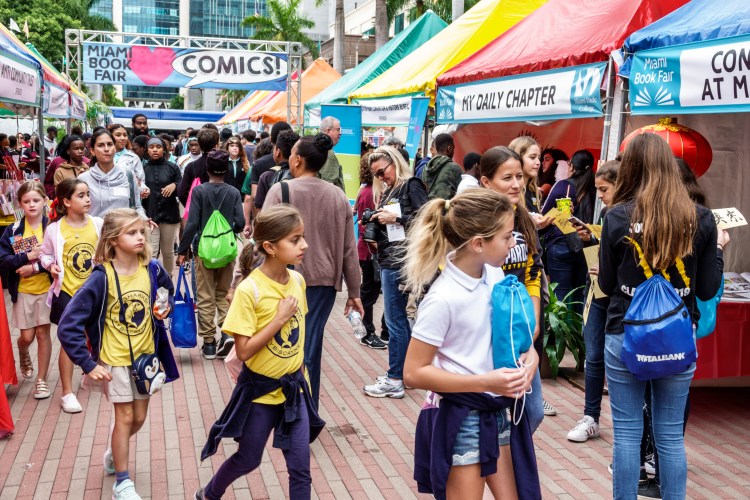 18. Check Out the Miami Book Fair

More than 500 authors hit up Miami for lectures, readings and panels at Miami Dade College’s Wolfson Campus. There’s also a street fair, where you can pick up a few new reads—or that elusive first edition you’ve been searching for. (Or maybe just a snack, since there are plenty of food vendors there too.)

14 Warm Places to Visit in January

The 24 Best Fall Festivals to Experience Across the U.S.

5 Theme Parks That Go All Out for Halloween