Everything Bagel Pigs in a Blanket with Cheater’s Aioli 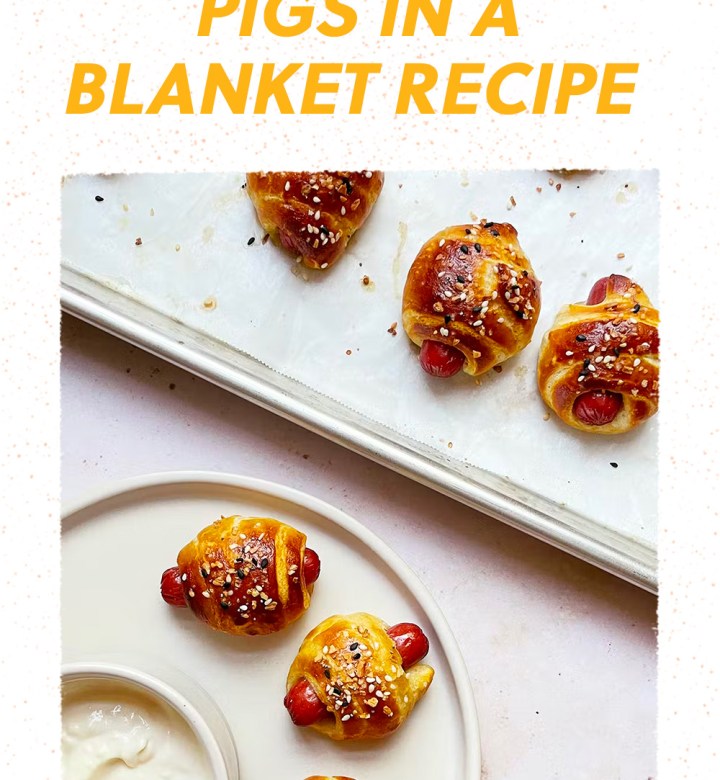 This is a safe space, so admit: You love pigs in a blanket. (Same.) While we thought the beloved finger food couldn’t be improved on, it turns out we were wrong. Introducing everything bagel pigs in a blanket. They’re just as easy to make as the original, but with a special “pretzel” treatment that gives a gorgeously golden brown crust, and a sprinkle of everything seasoning.

We serve this ever-so-slightly sophisticated recipe with a side of cheater’s aioli for dipping, but we wouldn’t turn up our nose at ketchup, mustard or a little bit of both.

Everything Bagel Pigs in a Blanket

2 to 3 tablespoons everything bagel seasoning

3. Roll out the crescent dough and separate into pieces. Using a chef’s knife, slice each triangle in half lengthwise (so you end up with 32 small triangles).

5. When the water is boiling, use tongs to gently dip each pig in a blanket in the water for about 5 seconds, then transfer to the prepared baking sheets.

6. Using a pastry brush, lightly brush each pig in a blanket with the egg, then sprinkle them with the everything bagel seasoning. Bake until golden brown and puffed, 13 to 15 minutes.

7. Make the aioli: In a small bowl, stir together the mayonnaise, lemon juice and garlic. Season to taste with salt and pepper. Serve the pigs in a blanket with the sauce.