Every time we see the Virgin River cast members having fun-filled moments on the set or just goofing around with their fellow cast mates, we always want an invitation to the party. (No, seriously, how do you join?)

On Instagram, Alexandra Breckenridge (Melinda “Mel” Monroe) shared a funny video with her co-star, Martin Henderson (Jack Sheridan). Only, the video was a mistake as they were clearly attempting to take a photo. (#Fail).

While she tried to take a picture, Breckenridge and Henderson attempted to make funny faces for the camera. However, she noticed one small issue: the phone was recording. “Oh, it’s a video,” she says in the post and they both erupt into laughter.

Fans couldn’t get enough of the pair in the comments section. One fan wrote, “Always good to see you both and those laughs just warm hearts!❤️.” Another chimed in and said, “How good it is to see you two together 😊.” Even fellow cast member, Mark Ghanimé (aka Dr. Cameron Hayek), had to get in on the fun, where he simply commented laughing emojis. 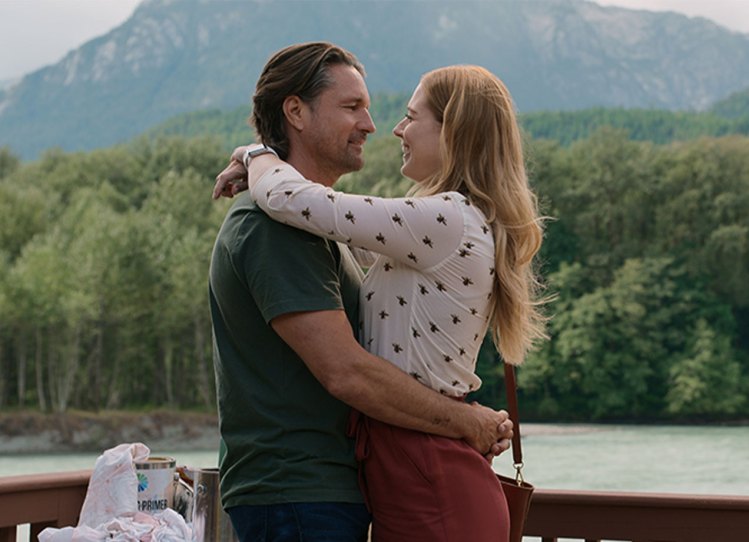 This isn’t the first time a Virgin River cast member has shared a silly moment with their co-stars. Back in August, actress Zibby Allen shared a funny BTS video with her castmate, Marco Grazzini.

In the short video, Allen and Grazzini are hanging out on set and sitting in front of a set piece. And in classic video-bomb fashion, Breckenridge shows up and makes a goofy face for the camera. “🏆 for most excellent video bomb goes to @alexandrabreck 🥇👏👏👏,” she wrote in the caption.