When she's not showing off her stunning outfits or promoting her various projects, Tracee Ellis Ross often loves to highlight her family members on social media. And in her latest post, the Black-ish alum celebrated the birthday of her younger half-brother, Evan Ross-Naess, with a comically candid video.

“Happy birthday to the sweetest menace in the whole wide world!” Ross wrote in her caption. “Love you so much. Two of the many sides of my glorious brother @realevanross [laughing emoji].”

In the clip, we see the “two sides” that Ross refers to in her caption. The video starts out with Evan cackling in the background (putting on his best villain laugh) and Ross says, “So sweet when he's laughing at my torture.” The 49-year-old star then pulls him in and presses their faces together as she laughs too. “He's bad,” she adds.

Then, the video ends with Ross applying some sort of cream to Evan's face as she seemingly gives him an at-home spa treatment. “I really wish we could have done more,” she says as she rubs it into his face. “It's a painting,” he calmly replies, before Ross adds, “I should have done the peel first, I don't know what I was thinking...I have all my equipment.”

In the background, the pair's mother, Diana Ross, is heard laughing and saying, “The way it's sitting on his mustache is nasty. You look like you have a milk mustache.” 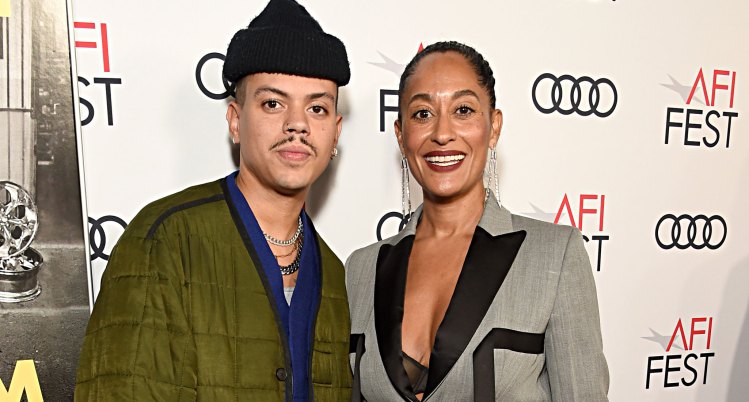 We loved this surprise cameo from their mom, and apparently so did her followers. One user commented, “Happy Birthday Evan. The bonus was hearing their moms voice!!! #TheBoss.” Another added, “Happy Birthday but it's Diana voice in the back for me.”

In addition to this video, the Girlfriends actress has been on a streak of posting birthday clips for her siblings. A couple weeks back, her older half-sister, Rhonda Ross Kendrick, celebrated her 51st, and Ross commemorated the moment with a different video, which she captioned, “Happy happy birthday to @therhondaross, the best big sister a girl could ask for. Here’s to a lifetime of more giggles and maybe, at some point, learning the words to this song LOVE U.”

We always love glimpses into the life of this iconic family.