We weren't paying close enough attention when we first listened to Taylor Swift's new album, Midnights, because we almost missed this key moment where she might've revealed the name of Blake Lively and Ryan Reynolds's fourth child.

On the fifth track of the album, titled “You're on Your Own, Kid,” Swift has a line in the second verse that goes: “I see the great escape, so long, Daisy May / I picked the petals he loves me not.” And while “Daisy May” is an expression for a nice and obedient girl, some fans seem to think that Swift just revealed the name of Lively and Reynolds's future child, only a month after Lively announced she was pregnant.

Swifties are used to dissecting the musician's lyrics for clues about her friendships and relationships, and so it didn't take long for a few devoted followers to start theorizing that this was the name Lively and Reynolds chose for the new addition to their family.

“Calling it now Blake Lively & Ryan Reynolds baby is going to be named Daisy Mae #MidnightsTaylorSwift,” one user wrote on Twitter. Another made a post that said, “@taylorswift13 @taylornation13 the only name I’m hearing on this new album is Daisy…is this @VancityReynolds & @blakelively new baby’s name?? #callingitnow.” 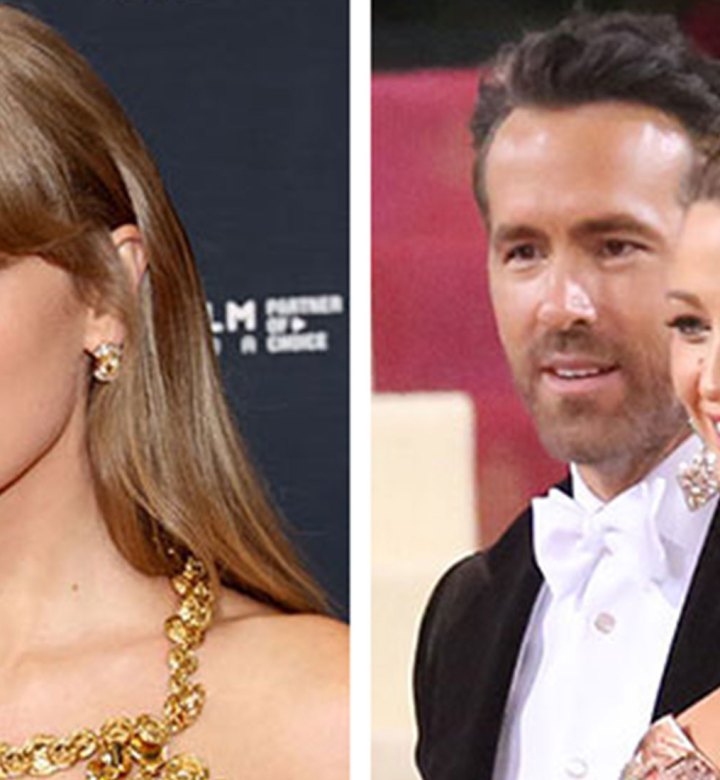 For those who might be unaware, Swift is good friends with the Hollywood couple, and they've been spotted together on multiple occasions. Not to mention, Lively directed a video for Swift's track, “I'll Bet You Think About Me,” back in 2021, and Reynolds recently teased Deadpool 3 from within the same house where Swift shot her “All Too Well” music video.

And it's important to note that Swift has a history of alluding to the couple's family in her songs. Back in 2020, when the singer-songwriter surprise-dropped her Folklore album, one of the songs included 3 characters named James, Inez and Betty. At the time, Lively and Reynolds had not revealed the name of their third daughter yet, but fans quickly put together that this was Swift's sly way of revealing her name.

Meanwhile, on the song “Gorgeous” from her 2017 album Reputation, Swift used the sound of the couple's daughter, James, saying the titular word at the beginning of the track.

Lively first revealed she was pregnant while attending the Forbes Power Women's Summit in September. There, she debuted her baby bump and said, “I just like to create—whether that's baking or storytelling or businesses or humans, I just really like creating.”

If it turns out that their fourth baby really is named Daisy, we gotta hand it to the Swifties for this catch.