Sarah Jessica Parker Poses with Her Husband & Son at the ‘And Just Like That...’ Premiere

And just like that...we’ve officially reached the premiere of Sarah Jessica Parker’s new series, And Just Like That.

On Wednesday, the 56-year-old actress attended the New York City premiere of the Sex and the City reboot, held at the Museum of Modern Art in New York City. She arrived at the event alongside her husband, Matthew Broderick and their son, James Wilkie Broderick.

For the occasion, Parker stunned in a custom, strapless gown and cape from Oscar de la Renta, featuring silver fabric and a pink tulle skirt. She topped off her look with pair of hot pink stilettos and jewelry from Fred Leighton and Larkspur and Hawk. Her men looked handsome in matching black suits.

The family of three smiled and posed for a series of shots on the red carpet. See the sweet trio below. 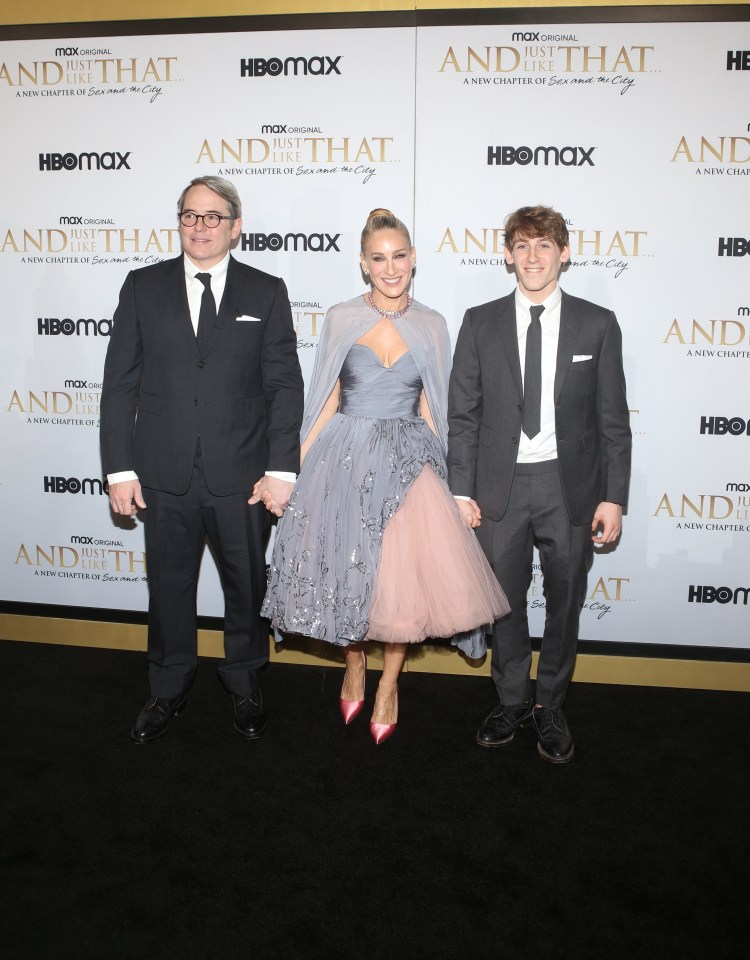 Gallery Media Group recently launched the ultimate reaction podcast, And Just Like That, A Sex and the City Reboot Podcast. Each week, our very own Philip Mutz and Dara Katz will digest, extract and react to the newest episode of the reboot to get fans caught up with what's happening with Carrie, Miranda and Charlotte. Listen to the first episode below.

We’ll definitely be tuning in.