(Keep reading below, but if you want further proof? Watch the latest episode of our YouTube series The Worst that dissects TV show's very *worst* characters, with this week’s installment highlighting none other than the curly-haired "protagonist" of Sex and the City, Carrie Bradshaw.)

Many years ago, I was a teen who saw Carrie Bradshaw as a fictional older sister—a bold heroine with a thriving social life and incredible taste in clothing. One who was unashamed to embrace that she was a woman and that she was a woman who enjoyed having sex. She was sophisticated. She was spontaneous. She was infinitely cooler than me.

I saw who I wanted to become in her character. I fantasized about shopping for Manolo Blahniks on Saturday afternoons. Of being whisked away on dates where I’d sip on Cosmos, afterward returning home to an Upper East Side apartment exactly like hers (read: gorgeous, with ample square footage, rent-stabilized and totally unrealistic).

I wanted her closet and her friends, her job and her boyfriends. To move to New York City and for my life to mirror her own—and so I did. 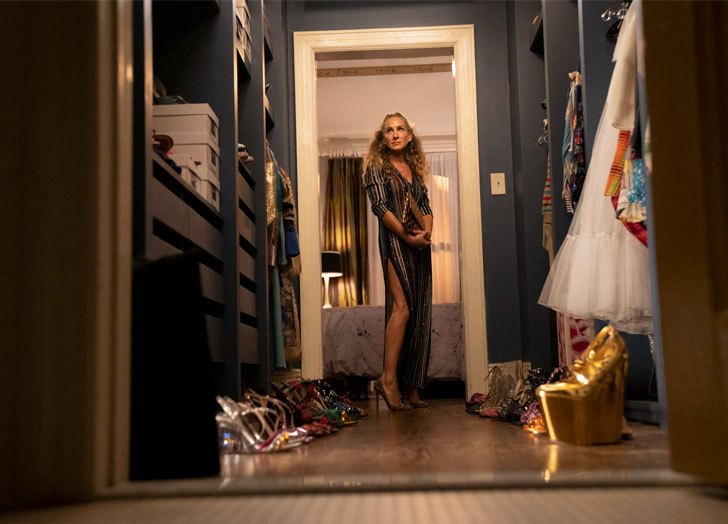 Fast forward a few years and I’d chosen a career in writing. I’d (occasionally) stopped straightening my unbearably frizzy, curly hair. I spent Sunday mornings at brunch and Monday mornings on the subway headed to work. Sure, I was renting a shoebox in the East Village that cost more than a kidney, with a footwear collection that was still Manolo Blahnikless, but hey, I was living there all the same.

When news broke of HBO brushing the dust off of Carrie's story, with the plan to breathe new life into it, I was thrilled. Counting down the days until the series' premiere, I readied myself just like everyone else: by devouring every bit of news I could get my hands on, setting reminders for Thursday nights and subscribing to PureWow's very own reboot podcast.

I’m now in my late 20s and by my own naiveté, I had expected that with age would only come a deeper understanding of Carrie’s character, and a larger ability to relate. But as I watch her progression in the reboot, each episode has left me more irked than the last. Roughly around the time the fourth episode of And Just Like That aired, I set out to do some investigating and began to rewatch the OG series in the hope that my approaching hot take might be misplaced.

I contemplated. I considered. I thought. And as if dunking my head into a cold bucket of water, I came to the realization that my beloved Carrie Bradshaw has been kind of a bad person all along. In reality, having more years under my belt has only made me realize that wanting my life to be like Carrie’s isn’t aspirational, it’s downright stupid. Because Carrie Bradshaw, folks, is the villain of ﻿Sex and the City﻿. 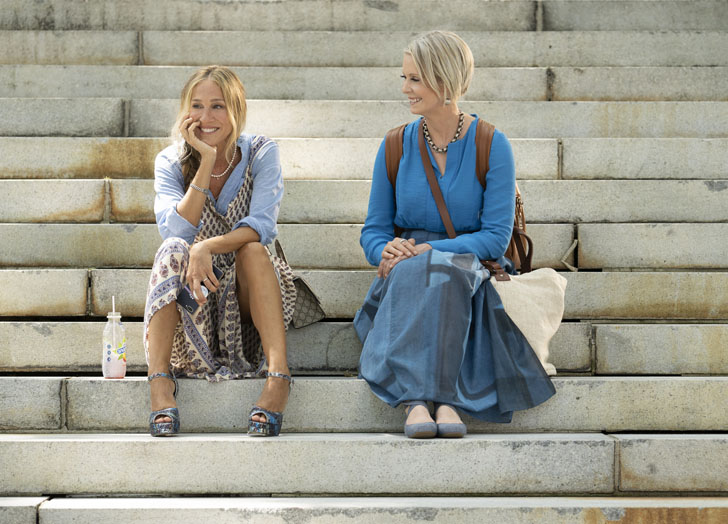 As far as main characters in a show focusing on friendships go, Carrie Bradshaw is pretty horrible at it. She’s selfish, she's judgmental and she's the type who takes but doesn’t give. She expects to be listened to but not have to listen herself. And even worse, she consistently dismisses other’s concerns as willy nilly but expects empathy and compassion when something in her own life goes awry.

Carrie Bradshaw has a pattern: Charlotte expresses concern over Miranda's drinking, so Carrie jokes and makes light of it. Miranda acts as a caretaker for Carrie, who then loses it when Miranda doesn't help her to the bathroom and instead hooks up with Che in the kitchen—which, OK, valid—but I can't help but remember the SATC episode where Miranda slips a disc in her back and calls Carrie for help, who in turn sends Aidan to deal with the situation. She's blissfully unaware of how she comes across (remember mid-season of AJLT when Seema put her in her place after Carrie made the "putting yourself out there" comment?) but quick to defend herself if she's ever called out. She makes herself the focal point of every conversation (Miranda talking about her postnatal depression and Carrie twisting it into a conversation about Aidan's ex comes to mind here) and can't go longer than a few minutes before unloading her problems on the girls, expecting them to listen with open ears. 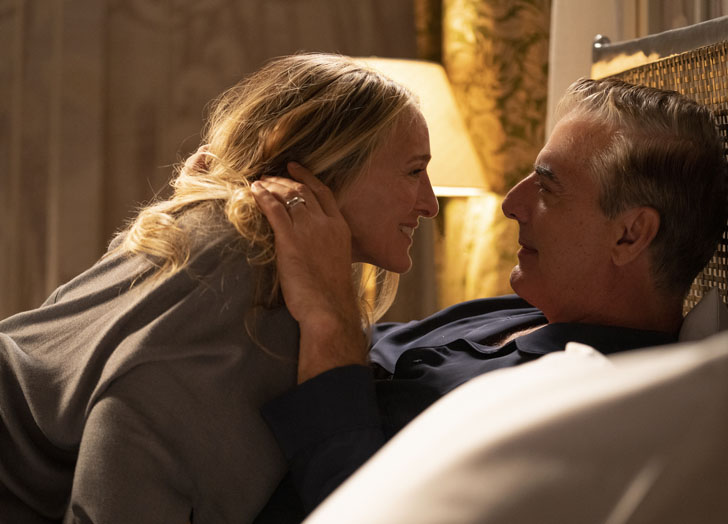 And She's An Even Worse Girlfriend

As a perpetually single 20-something, I might not be an expert at evaluating the success of other adult relationships. That being said, I can say with conviction that despite being a hopeless romantic, Carrie is a truly terrible girlfriend. From her hyper-fixation on Big that eventually steamrolls into a flat-out toxic partnership, to the entirety of her relationship with Aidan, she leaves a trail of red flags in her wake.

Even as a teenager, watching her cheat on Aidan only to eventually accept his marriage proposal, despite knowing she wasn't ready, was migraine-inducing at best. Watching it back now though felt nearly impossible to sit through. Carrie's gaslighting of Aidan accompanied with her own infidelity was just...gross.

And as if matters can't get worse, Carrie finally marries Big and jets off on a vacay with Samantha, Charlotte and Miranda, only to run headfirst into Aidan. The two kiss, Carrie spirals with guilt, professes her apologies to Big and ultimately all is fine and dandy—at least until, you know, The Peloton. (Oh, and don't even get me started on the Berger ordeal.) 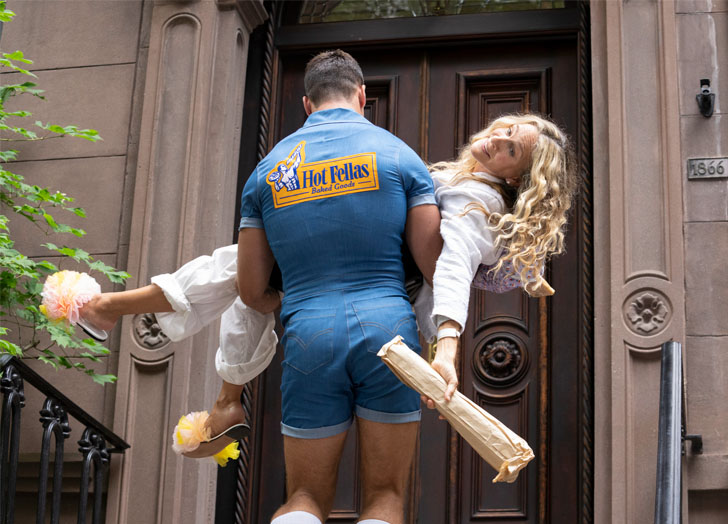 She's Immature And Always The Victim

And let's face it, she is entirely irresponsible—a grown woman who plays off her immaturity as quirkiness that she accompanies with teeth-grindingly irritating puns. (Yes, I know that's petty but come on, who the hell says, "If you're tired, you take a napa. You don't move to Napa."?!) Of course Carrie doesn’t actually use her stove to cook, she’s different! Unique! So she uses it to store clothes. And why on earth would she know how a bank account works? Or a cell phone? As a now-adult, watching Carrie have no regard for her finances, dumping her paychecks into shoes and clothes she does not need and cannot afford, is no longer charming to me, it's just disappointing.

But because one of her many toxic traits is the inability to see fault within herself, Carrie’s ability to paint herself as the victim in every negative situation—most of which are a direct result of her own actions—is impressively ignorant. Remember the tantrum she threw over Charlotte not being comfortable with giving Carrie her diamond ring? Which Carrie wanted to use to pay off her apartment? The issue wasn't that Carrie didn't have a cent to her name, it was that Charlotte wouldn't give her $30k. A situation that ultimately ended with Charlotte apologizing and Carrie happily accepting the ring and promising to pay her back. Sure, Jan. Or her borderline harassment of Natasha after she finds out about Carrie and Big’s affair (which, BTW, is a totally separate conversation in itself) only to do the same thing to Natasha again after his death so that Carrie can clear her own conscience? 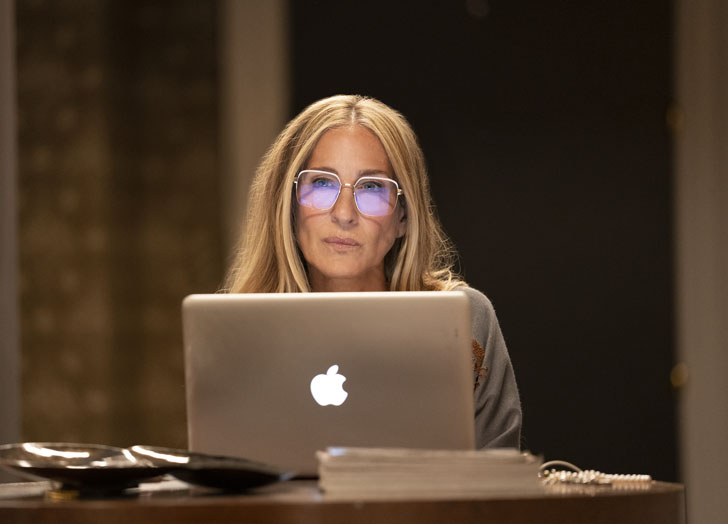 But as I rewatch SATC, what stands out to me the most is that she reeks of performative activism and privilege. Sure, she presents herself as a progressive person but when you peel back the layers, Carrie is ultimately dripping with white feminism and non-sensical, out-dated viewpoints.

She’s not anti-LGBTQ, but when Samantha enters into a sexual relationship with a woman, she’s mortified. Yes, Carrie’s open about sex, but only in a way that she views as correct. She isn’t a prude (despite her overwhelming tendency to slut shame her friends), she’s just the "right amount" of promiscuous to feed into the patriarchal idea of how a woman should be when it comes to sleeping around. She refutes men's criticism of women's bodies, but when she sees that Samantha has gained weight, recoils in disgust. And ultimately, Carrie talks a big show about women not needing men, yet she still needs one to feel complete. 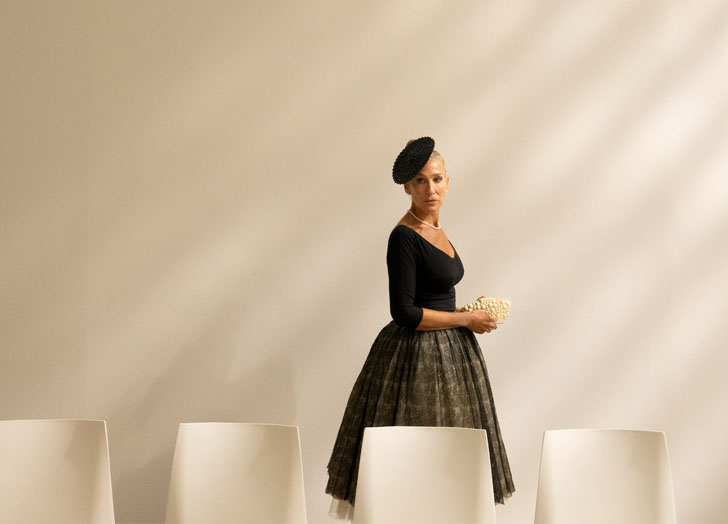 So Why Am I This Riled Up?

For years, decades even, Carrie Bradshaw represented a new type of woman: sexually empowered, career driven and child-free. She paraded herself as a free thinker. She was independent. She was a badass. A decent writer, who could probably outrun an Olympian in those Mahnolas of hers and despite her misgivings, a friend who truly and deeply loves her girls. But I think it's time to finally call a spade, a spade. If Sex and the City has a villain, then it's the star of the show herself, Ms. Carrie Bradshaw.

In a way, it's like finding out Santa Claus isn't real—first comes denial, then sadness, then acceptance. So I guess I can finally say RIP to both Mr. Big and the pedestal I used to put Carrie Bradshaw on. Maybe I've just outgrown her or maybe being so transfixed on following in her footsteps gave me the tools I needed to become my own #strongindependantwoman.

It's not for nothing though. Either way, she taught me what a Cosmopolitan is, that wearing a $7 dress with $300 shoes is totally not a fashion faux-pas and that a "rabbit" isn't always referring to the cute animal with big ears. But most importantly, she taught me to embrace that independence and go through life loudly, boldy and to have faith in my own convictions, and so for that, C.B., thank you—but I think I got it from here.

Stay up-to-date on all the PureWow hot takes by subscribing here.

My Mom’s a Boomer and I’m a Millennial. Here’s How We *Really* Feel About ‘And Just Like That…’