Is Che Gaslighting Miranda on ‘And Just Like That’? (The Answer Is Yes, Yes, a Million Times Yes)

It's no secret that Che Diaz is the most polarizing character to come out of the new Sex and the City offshoot, And Just Like That....(as in, on one side is Miranda, and on the other is everyone else). For the most part, the general critique of Che is about their self-righteous “wokeness” that just feels so blatantly over the top. They’re almost so on the nose, they seem like a farcical wokebot designed in Tucker Carlson’s lab to troll the left. There's also Che's comedy, which we've been forced to sit through at length, that exists without a single punchline. Instead, Che’s set plays more like a cult-favorite gender studies professor who’s been sexually harassing the entire class under the guise of woke queerness. Where is the joke in yelling “Who wants to have sex with me?!” Not to mention, Che’s presence also brought the proliferation of the term “comedy concert,” which any real comedian will tell you is not a thing. So yeah, it's already been an uphill battle to root for Che and Miranda. But in episode 9 of the series, entitled “No Strings Attached,” I found Che's behavior not just annoying but glaringly toxic, because Che is totally gaslighting Miranda, right? 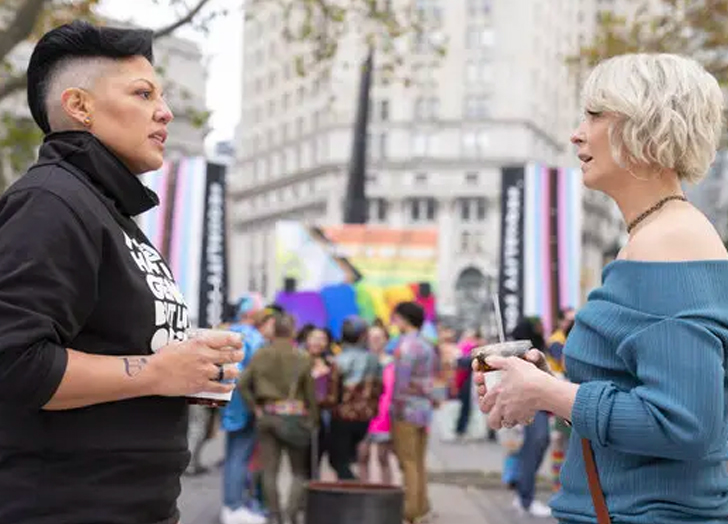 Exhibit A: The Ghosting

After Miranda tried to slide into Che’s DMs following their steamy hookup, she was met with silence. Miranda assumed she’d been ghosted. But when Miranda runs into Che at Charlotte’s school fundraiser, Che acts as if Miranda is crazy for thinking such a thing. They get a lot of DMs after all. It’s a “volume” thing, they tell Miranda (which, ew). In this interaction, Miranda comes off petty and unevolved in the new world of dating. How could Miranda not have considered how much weed Che smokes when she reached out over Instagram? 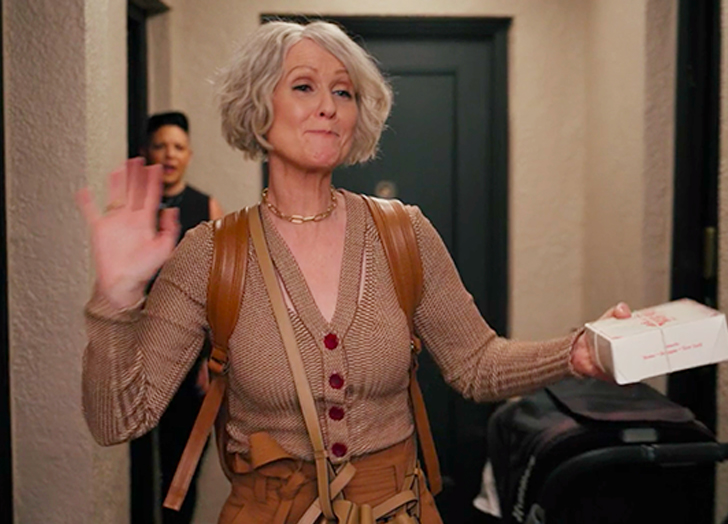 Good for Che for setting boundaries early in the relationship, plainly telling Miranda they can’t offer a so-called traditional relationship. But just earlier in the same episode, 8, Che shames Miranda into leaving her husband because Che was repulsed that Miranda hadn’t told Steve about them. How is it that Che, who knowingly had sex with a married woman in that infamous Diet Snapple pee scene, can just make a pretty complicated assumption that Miranda—a mother and wife in a heterosexual marriage—has been open with her family about their relationship? Now, is having an affair behind your long-time husband’s back a nice thing to do? Of course not. But some might call it nontraditional. So it feels like a weird power thing that Che gets to dictate to Miranda that while they can never be put in a box, Miranda must meet Che’s standards.

Jump to episode 9, and Miranda and Che are on a lovely little dinner date when they’re interrupted by two young fans who share that they have a couple of mutual friends who’ve hooked up with Che. It’s heavily implied that these hookups happened during Che and Miranda’s romance. And Miranda takes this information in stride. She acts completely unphased, allowing Che to be Che.

But then in the same episode when Miranda shows up at Che’s apartment unannounced because she was “craving me some Che,” Che reacts as if Miranda broke another sacred tenet of The Rules According to Che, a text that is apparently reissued whenever the hell Che feels the need to “educate” Miranda. “This isn’t gonna work if you lock us into those f*cking limited relationship tropes,” Che schools Miranda. And yet, didn’t Miranda just clearly explain her actions as something she would not have traditionally done in former relationships? When is Miranda allowed to be right? Why is Miranda’s instinct always wrong?

Want to hear more Che and Miranda takes? On this week's episode of PureWow's And Just Like That...A Sex and the City Reboot Podcast, my co-host Phil Mutz and I discuss this complicated relationship along with every other thought we had about the most recent episode—including LTW's fabulous safari garb.

MY MOM’S A BOOMER AND I’M A MILLENNIAL. HERE’S HOW WE *REALLY* FEEL ABOUT ‘AND JUST LIKE THAT…’