With one episode remaining in the first season of And Just Like That…, I’m coming to terms with the fact that watching this series feels like reconnecting with an ex only to realize that things are not quite the same. “And why should they be!?” My higher self asks in a voice not unlike Judge Judy’s. Things, as they always say, change. While reconnecting with an ex is historically a risky gamble in the bewildering florescent lit casino of life, this show sometimes makes me feel like Carrie receiving the breakup Post-It from Berger—confused and a little pissed.

I’ve listened to enough YouTube Meditations (with ads) to understand that we cannot expect any of the characters in our lives to remain frozen in time, but the way information is revealed on this show confuses me. It’s like there are Easter eggs blatantly planted for us to register as matters of significance, but no chic lavender wicker basket provided for our proverbial hunt. Not to be 100 percent drama, but I sometimes feel abandoned as audience member thinking, ‘Since When!?’ about the Sex and the City characters I once knew so well. For example, why is Steve, a successful New York City entrepreneur, unable to navigate a small local farmer’s market? Why was Stanford so incredibly rude to Gloria, Big’s secretary, about where to sit at Big’s funeral? Speaking of sitting, why did we have to watch Stanford’s chair be hit from the back repeatedly by a restaurant kitchen door during that one lunch scene? No one laughed… It didn’t add to the plot…It was never spoken of again…What was the reason!? *Cardi B Voice*

And finally—your honor (lol)—why do we keep hearing the term “comedy concert” used without even a whiff sarcasm from Carrie, our uber-perceptive, quick-witted, once reliable narrator and wordsmith?! I know she is 55 but come on…Of course Carrie Bradshaw knows it’s called a comedy show. While I clearly don’t dig the way information is revealed on this show, I, like a lot of you, am still watching it. Hell—I’m rooting for it. I want the best for all my exes. The original series means so much to those of us who knew there was something better outside of the small towns we escaped from to live in New York City. Besides, life’s too short to hold a grudge, if you haven’t heard.

Either way, here are some things I’d like to see addressed in the final episode of And Just Like That… 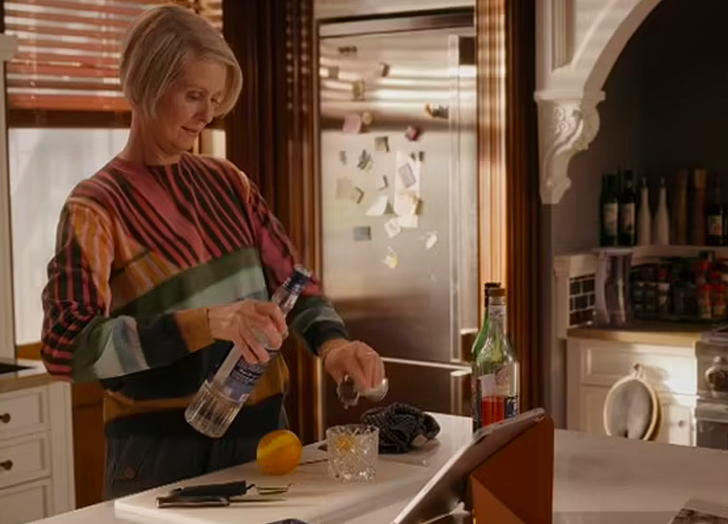 At the start of the series, Miranda couldn’t get through the morning before her first class, Lily’s piano recital or Big’s funeral service without a drink. It was a glaring issue that virtually disappeared by the middle of the season when she quits cold turkey. I think there is a rich opportunity to shed more light on her dependence on alcohol as she navigates this new vulnerable chapter in her life with Che, particularly after their "what are we" conversation in episode 9.

We watched Carrie stalk Natasha for an entire episode in pursuit of understanding why Big left her a million bucks. We watched her reach out via Instagram, email, a work visit, and eventually a coffee shop bathroom, all in pursuit of a conversation regarding the money. This scavenger hunt led us to a short conversation with no conclusion, just as confused as we were from the start. So…why did he leave her the money? 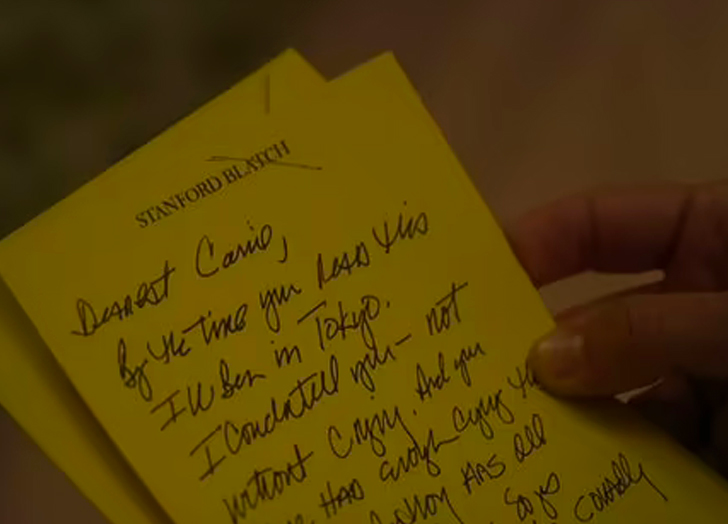 3. STANFORD’S MOVE TO JAPAN TO MANAGE A TIKTOK STAR

I understand that the writers needed to address Stanny’s absence following the actor, Willie Garson’s death. However, sending him to Japan via handwritten note to manage a Long Island TikTocker just felt so specific that it became entirely random. He never talked about TikTok as far as I remember.

I totally get that Brady is a hormonal teen, but I have never once seen an ounce of warmth between Miranda and her son. Just seems kind of extreme considering that she is changing her life by attending grad school to be of service to others. Clearly, she has a soft side, as we have seen in the past towards Steve. I hope we get to see Miranda and Brady connect even mildly in the finale. Even if just for a moment, it would make the relationship a bit more grounded and believable to me. 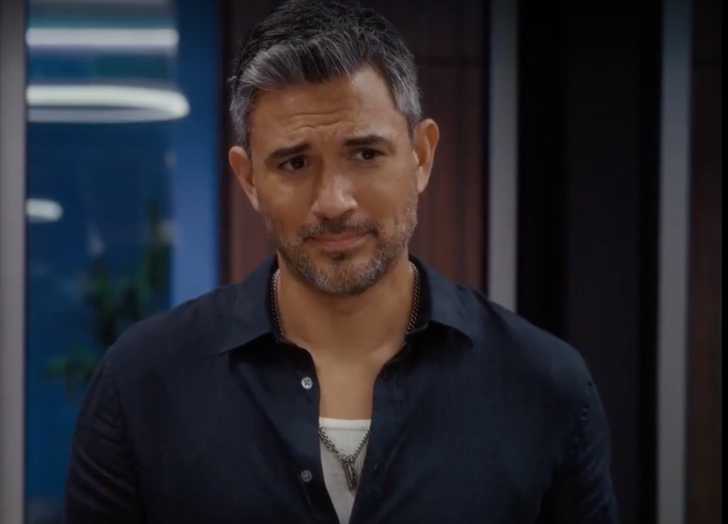 If we are gonna keep cutting to this mild-mannered gorgeous man, I hope we see an exchange between him and Carrie before the season wraps.

Carrie’s podcast colleague, Jackie remains a mystery to me. First, we see him talking about how he masturbates all around NYC, then we see him professing his sweeter side to his fling/co-worker Chloe, and finally, in a frankly unearned act of intimacy, Carrie calls him in the wee hours of the morning to ask him how to speak to her downstairs neighbors about being loud. I can’t put my finger on who this person is or who he is in relation to the characters around him.

So yeah, by next week, here’s hoping we will have all the answers.

Listen to the most recent episode of PureWow's ‘And Just Like That’ Podcast!

My Mom’s a Boomer and I’m a Millennial. Here’s How We *Really* Feel About ‘And Just Like That…’