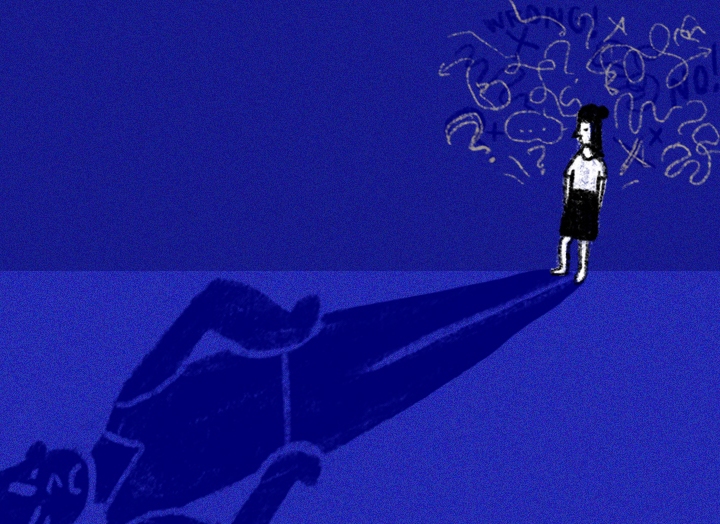 Over the past few years, you’ve likely come across the term gaslighting (in fact, it was one of Oxford Dictionary’s most popular buzzwords of 2018). And while this toxic behavior can occur in workplaces or friendships or political systems, gaslighting in relationships is also rather common. Here’s what you need to know about how to spot it and how to stop it.

Quiz Are You in a One-Sided Relationship?

Though it can take many different forms, at its core, gaslighting is a communication technique in which someone causes you to question your own version of past events. Most times, it’s meant to make you feel like you’re losing your grip on reality. In its milder forms, gaslighting creates an unequal power dynamic in a relationship and at its worst, gaslighting can actually be considered a form of mind-control and psychological abuse.

The phrase originated from a 1938 mystery thriller, Gas Light, written by British playwright Patrick Hamilton. The play was later made into a popular movie starring Ingrid Bergman and Charles Boyer. In the film, husband Gregory manipulates his adoring wife Paula into believing she can no longer trust her own perceptions of reality.

According to the National Domestic Violence Hotline, there are five distinct gaslighting techniques:

What Are Some Signs Your Partner Is Gaslighting You?

As psychoanalyst and author Robin Stern, Ph.D. writes in Psychology Today, there are lots of warning signs this is happening in your relationship. These include:

How Can You Spot Gaslighting in a Relationship?

One early indicator that a relationship could be headed toward gaslighting is the occurrence of love bombing—and it can appear to be similar to the honeymoon phase. You know, where you can’t stop calling and thinking about one another, you start dreaming about a future together and while you’re usually really cynical, you find yourself writing poetry for the first time in your life. But love bombing is different—mostly because it’s one-sided and feels a little cringey. “It’s flowers delivered at work with hearts dotting the i’s in your name,” counselor and professor Suzanne Degges-White, Ph.D offers as one example. “It’s texts that increase in frequency as they increase in romantic fervor. It’s surprise appearances designed to manipulate you into spending more time with the bomber—and, not coincidentally, less time with others, or on your own.” If you’re caught off-guard by the sudden onslaught of romantic gestures, chances are, you’re being love bombed.

In the textbook What Is Psychology?: Social Psychology, Hal Belch identifies love bombing as a tactic that cult leaders use: “To attract potential members, cultists use a variety of self-esteem building techniques collectively known as ‘Love Bombing,’ in which they shower recruits with continual love and praise.” It’s also a well-known strategy that sex traffickers use to gain control, according to the book Gangs and Girls.

Love bombing is effective because it creates the illusion that the love bomber is being vulnerable with you. This, in turn, causes you to open up to them more than you usually would feel comfortable doing, leaving the door wide open to be manipulated and controlled.

What Can You Do If You’re Being Gaslighted?

Because the main goal of gaslighting is to make you feel like you’ve lost touch with reality, it’s important to keep a record of things as they happen, to return to as proof when you start to doubt your own memory. When it comes to proof, the National Domestic Violence Hotline recommends keeping a journal with dates, times and as many details as possible, in addition to confiding in a trusted family member or friend.

Lean on Your Friends and Family

Though it’s often the goal of a gaslighter to isolate you from the people who care about you, having people other than your partner that you can confide in is crucial if at all possible. In addition to acting as a sounding board, a friend or family member is an unbiased third party who can reality check the situation and remind you that what you’re feeling isn’t “crazy” or “exaggerated.”

If you suspect there’s gaslighting going on in your relationship, seek out the help of a licensed therapist—specifically someone who specializes in relationship therapy—who can help you define what you’re going through and help you get past it. Depending on the severity of your situation, you can also call the National Abuse Hotline at 800-799-7233 for urgent help.

What Are Some Other Signs You’re in a Toxic Relationship?

1. You Feel Anxious When You Aren’t Together

When you’ve spent a few hours away from your partner, you find yourself checking your phone, having trouble making decisions on your own and worrying that something’s going to go wrong. While you might have initially thought that this is a reason you should be together (everything’s so much better when it’s just the two of you, cuddling on the couch), this isn’t the case, says Jill P. Weber, Ph.D. If you’re constantly second-guessing yourself, it could be a sign that your partner has a hold on your life—and the decisions you make—in a toxic way.

A healthy relationship should bring out the very best in you. When you and your partner go out dancing, you should feel like your confident, gorgeous and carefree self, not jealous, insecure or ignored. If you’ve been feeling worse off since you’ve been hanging out with your significant other, there may be some toxic stuff going on.

We don’t mean material stuff and grand gestures, like roses and truffles. It’s more about the thoughtful little things, like rubbing your back without being asked, taking the time to ask about your day or picking up your favorite ice cream at the grocery store—just because. If you’re the only one going out of your way to do these special things for your partner and they never reciprocate or return the gesture (especially if you’ve already communicated that this is something you’d like), it might be time to give the relationship a closer look.

4. You and Your Partner Keep Score

“The ‘keeping score’ phenomenon is when someone you’re dating continues to blame you for past mistakes you made in the relationship,” explains Mark Manson, author of The Subtle Art of Not Giving a F*ck. Once you’ve resolved an issue, it’s an extremely toxic habit to unearth the same argument again and again, with the intention of one-upping (or worse, embarrassing) your spouse. For example, let’s say you went out with your friends last summer, had three too many Aperol spritzes and accidentally broke a lamp. If you’ve already talked it out and apologized, there’s no reason for your spouse to continually bring it up every time you and your friends have a drinks date.

5 Signs Your Relationship Is Rock Solid