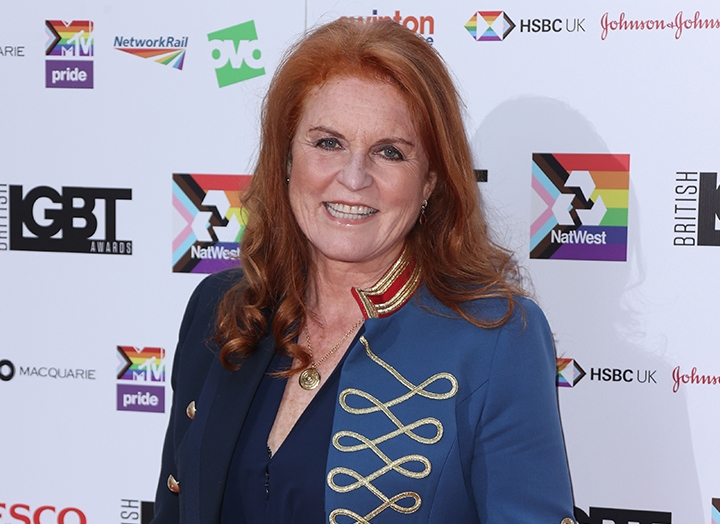 Sarah Ferguson officially became a grandmother of two last month, when Princess Beatrice gave birth to a baby girl: Sienna Elizabeth Mapelli Mozzi. Now, the Duchess of York is opening up about her daughters entering motherhood, her new grandbabies and more.

The 61-year-old royal recently sat down for a rare chat with Hello! and revealed that Beatrice and Princess Eugenie (who welcomed her first child, August Philip Hawke Brooksbank, back in February) are “phenomenal mothers.”

Ferguson told the outlet, “They were great children but now they're phenomenal mothers. And now, I have these two exceptional grandchildren all in one year. You know it's pretty incredible, but everyone asks me, 'How are your grandchildren?' Well, firstly, I look at my girls being wonderful mothers and then I see these incredible beings.”

And while her granddaughter is only a few weeks old, Fergie already has a great relationship with her grandson, August. In fact, she revealed he thinks she’s “very funny.” She continued, “It's so funny because when August smiles at me now, because he's seven and a half months, you actually know he genuinely likes you. It's not a put-on smile, he genuinely finds me very funny which is quite lucky.”

As we mentioned above, the 33-year-old Princess of York and her husband Edoardo Mapelli Mozzi welcomed baby Sienna back in September. The duo announced the news on the princess’s official Twitter account, writing, “So delighted to share the news of the safe arrival of our daughter on Saturday 18th September 2021, at 23.42, at the Chelsea and Westminster Hospital, London. Thank you to the Midwife team and everyone at the hospital for their wonderful care.”

Fergie is one lucky Gan-Gan.