Yes, Her Majesty’s horse stables will be open for public viewing in honor of her upcoming Platinum Jubilee. According to Hello! Magazine, people will have the opportunity to see first-hand the very stables the monarch trained her horses in. All of this is made possible by a recent partnership with Discover Newmarket. 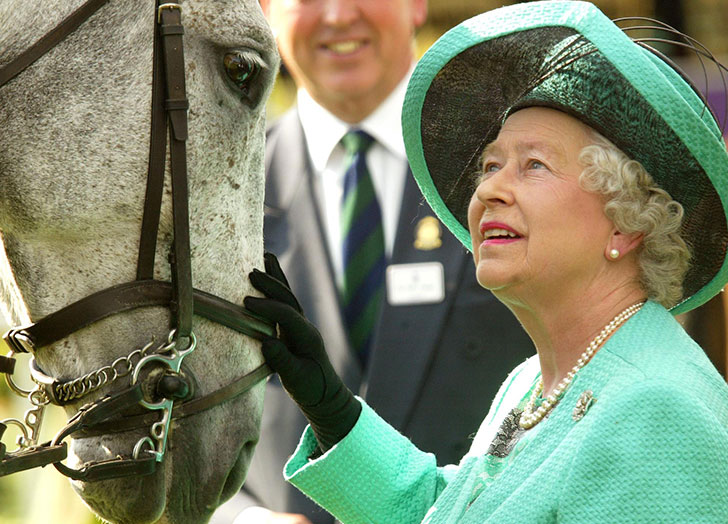 Hello! also revealed that the opportunity would give fans a “behind the scenes tour," where they'll visit the horse gallops (that's fancy equine lingo for practice tracks), where they can watch the royal horses exercise.

To wrap up the tour, visitors will be escorted to the National Horseracing Museum, which opened its doors back in 2016. As stated on their official website, the museum encourages visitors to “experience the thrill and excitement of racing.”

The queen’s love for horse racing should not be surprising, given that she’s had a love for the sport since childhood. Just a week ago, the royal family released a never-before-seen portrait of Her Majesty standing next to two of her horses. (FYI, the photograph was released a day before her 96th birthday.)

In the snapshot (which was posted to Instagram), the queen is holding the reigns of her two ponies, named Bybeck Katie and Bybeck Nightingale. Additionally, the photo was taken at Windsor Castle, where the queen has been residing as of late.

It's nice to see the queen wanting to share her love for horses with royal fans.

The Royal Family Shared a Throwback of Queen Elizabeth and Prince Philip, and Her Royal Majesty Looks So in Love