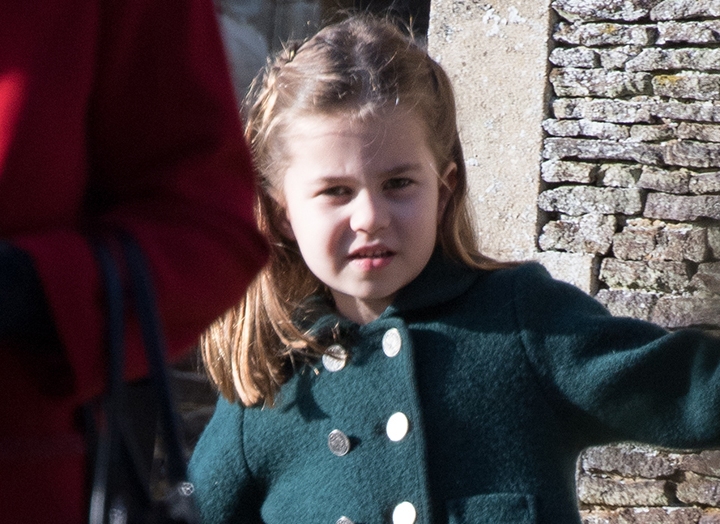 Prince William wasn’t lying when he revealed his daughter has a love for unicorns. The princess was recently spotted sporting an accessory decorated with the mythical creature.

The Duke and Duchess of Cambridge recently embarked on a surprise vacation with their three children, Prince George (8), Princess Charlotte (6) and Prince Louis (3). According to Marie Claire, the family was seen arriving at Heathrow Airport, where they seemingly broke royal protocol by traveling together.

In the snaps, which can be seen here, we spy the family of four, along with their nanny, carrying luggage outside of the airport. For the occasion, the Duchess of Cambridge looked travel-chic in a blue patterned dress, a matching facemask and white sneakers. Prince William and Prince George also looked dapper in blue, while Charlotte sported a grey ensemble. However, what we failed to notice was the princess’s accessory—a backpack featuring some of her favorite creatures. Per Hello!, the backpack shows an “iridescent unicorn and rainbow pattern.” Unfortunately, the bag is no longer available for purchase online.

As we mentioned above, the 39-year-old William recently participated in a Q&A, where he was asked by a fan whether or not unicorns are real. “Well, I think if you talk to my daughter she would say they were real,” the prince responded in a clip. “Obviously, it's a trade secret, but I can't possibly comment.”

We wonder how many other unicorn-themed accessories Charlotte has in her closet.