If you noticed that Princess Charlotte (7) and Prince Louis (4) were missing from the Cambridge family’s latest royal outing, you should know that there’s a perfectly good reason for their absence.

Yesterday, Prince William and Kate Middleton were spotted with their oldest son, Prince George (8), at the Wimbledon tennis tournament. While it’s not the first time they brought him to a sporting event, there’s a reason why they left Charlotte and Louis at home.

As Hello! magazine points out, Wimbledon has a rule that states children must be older than five to attend the event. This means that Louis doesn’t make the cut (at least not yet). Even though Charlotte fits the criteria, perhaps she’s still too rambunctious to sit still through an entire match. Or maybe she has no interest in tennis. ﻿But more than that, Charlotte and Louis were likely also left behind because it was meant to be a special day for George. 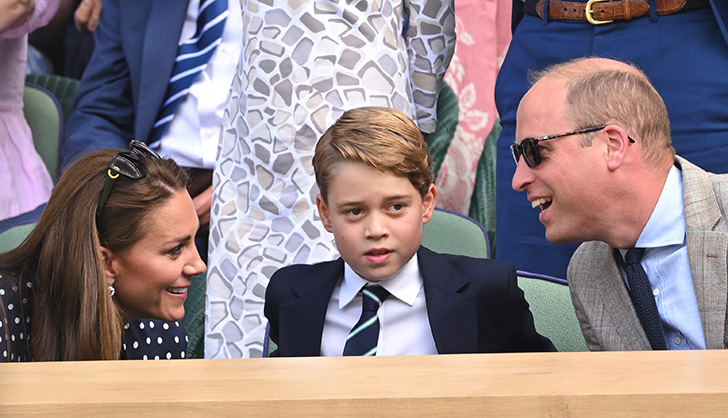 You see, there’s a special meaning behind Prince George’s attendance at Wimbledon this year because the young royal is turning 9 years old on July 22. Per Hello! magazine, he’s the same age that Prince William was when he made his Wimbledon debut alongside his late mother, Princess Diana.

And when asked about George’s attendance, Middleton simply replied, “It’s George’s treat today,” according to the Daily Star.

At the tournament, Middleton wore a stunning navy-blue polka-dot dress by one of her favorite designers, Alessandra Rich. (Not be confused with the light blue ensemble she wore last week.) While Prince William opted for a tan jacket, Prince George looked dapper in a dark blue suit with a white button-down shirt.