Today, members of the royal family gathered to celebrate the life of Prince Philip. Kate Middleton and Prince William attended the memorial service with their two eldest children, Prince George (8) and Princess Charlotte (6). And, we couldn’t help but notice how much the young royal is starting to look more and more like his father every day.

As the family arrived at Westminster Abbey, William and his son were having a twinning moment with their outfits, where they both sported a dark navy blue suit and black shoes. The Duke of Cambridge wore a white button-down shirt with a blue striped tie. Prince George wore an aqua-colored shirt with a blue and white polka dot tie. 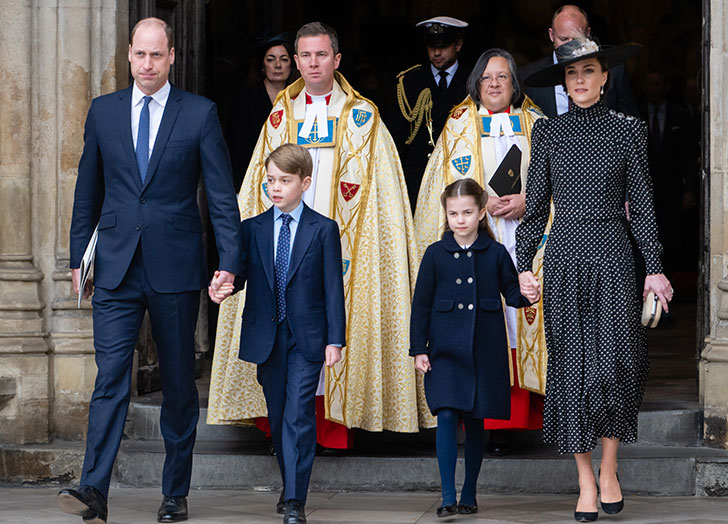 Middleton opted for a chic look, rocking a black and white polka dot dress by Alessandra Rich. The duchess tied the look together with stiletto heels and a black hat that had a white bow around the brim. Meanwhile, Princess Charlotte wore a navy blue topcoat with matching stockings and black flats.

Queen Elizabeth also attended the service. The monarch was escorted by her son Prince Andrew. The ceremony allowed people that worked closely with the Duke of Edinburgh to pay tribute to him. The guest list for his memorial service last April was reduced because of the COVID restrictions in place at the time.

According to an Instagram post shared on the couple’s page, the service “showcased [Prince Philip’s] dedication to family, Nation, and Commonwealth and recognized the importance of his legacy in creating opportunities for young people, promoting environmental stewardship and conservation, and supporting the Armed Forces.”

Many were quick to point out just how much George resembles his father, particularly at the age of eight. (William can be seen below with his mother in the early '90s.) 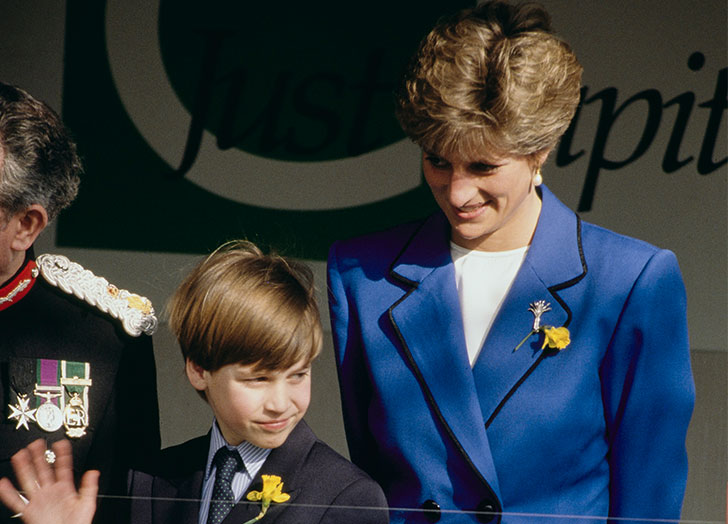 The resemblance between William and George is uncanny.