Prince William and Kate Middleton are embarking on a big royal tour next month, and in the meantime, they're spending quality time with their kids.

The Duke and Duchess of Cambridge were spotted at a rugby match between England and Wales at Twickenham Stadium with their son, Prince George, 8, in tow. In a series of photos that were shared by Getty Images, the pair were seen entering the stadium with their oldest child, as well as laughing with him in the stands. 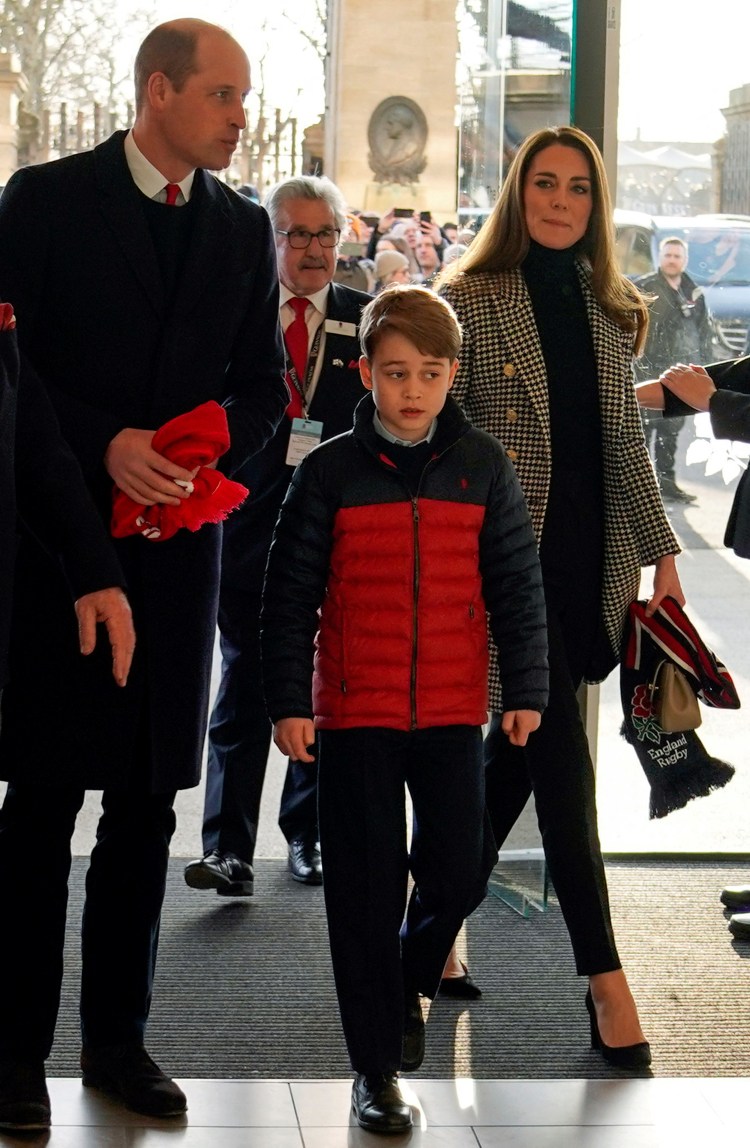 Prince George chose a red and blue puffer coat for the match, while his father wore a navy coat over a white button-up shirt and red tie. However, Middleton stole the show in her houndstooth knightsbridge coat from Holland Cooper (which you can get here for $526). To show her support for England's national rugby union team, the duchess also sported a scarf with the team's red rose emblem. 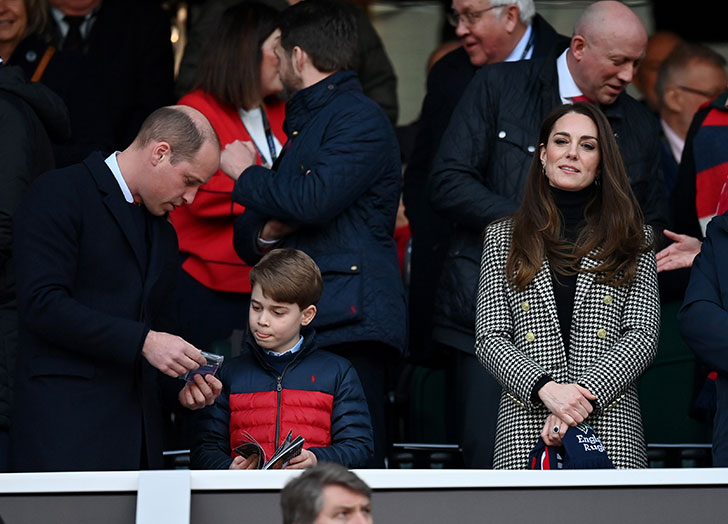 Thanks to the site Kate Middleton Style Blog, we learned that in addition to her chic outerwear, the duchess was carrying a mini holly bag from Tusting. She also donned Piper 85 suede pumps from Gianvito Rossi and twisted circle drop earrings from Accessorize London. 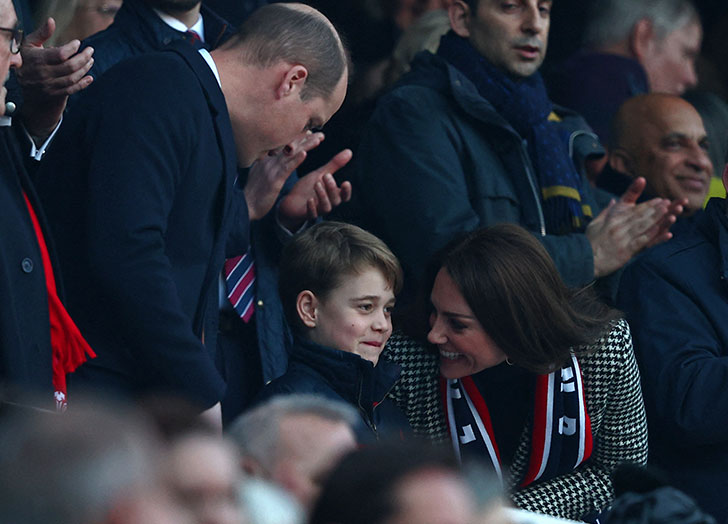 If there's one thing we've learned from eyeing Middleton's fashion over the years, it's that she knows how to pick a statement coat. The Duchess of Cambridge has always been a master at layering, and in 2021 alone, we saw her bring back an emerald green coat that she wore during a tour in 2014, as well as show off a bright red Eponine jacket.