Prince Harry & Meghan Markle Planned Their Royal Family Departure for Quite Some Time, According to Report

It’s been two years since Prince Harry and Meghan Markle announced their departure from the royal family. Back in January 2020, the couple announced on social media that they would be “stepping back” from their royal duties. And in a matter of months, they relinquished their royal titles entirely. But, it seems the couple had planned their exit months before the official announcement.

According to The Mirror, the Duke and Duchess of Sussex reportedly started planning their departure six months after they got married on May 19, 2018.

On a recent episode of the Pod Save the Queen podcast, royal biographer Andrew Morton admitted that Prince Harry and Markle were already questioning their role in the royal family in November 2018. He revealed they wanted to go in a ﻿“different direction” early in their marriage. 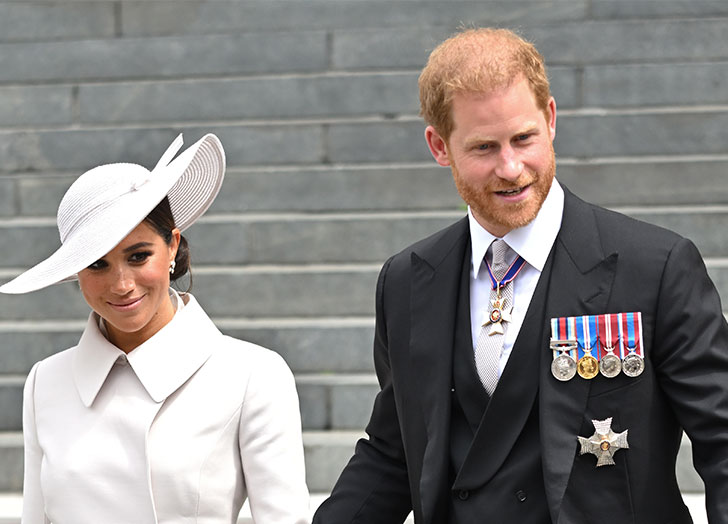 Morton also shared that Prince Harry saw the marriage as a way out of the royal family, saying, “They were thinking about living in New Zealand, and they even spoke to the Prime Minister of New Zealand about this.”

He continued, “So, they had all kinds of plots and thoughts for their future. It didn’t work out because, when it actually comes down to it, Prince Harry is cursed with charisma but hates being a prince, and I think that he saw Meghan as a way out. They didn’t have to leave the royal family in the way that they did, but they did.”

Since their departure from the royal family, Markle and Prince Harry have kept their distance—excluding a few occasions. Back in April, Harry flew back to Europe and visited Queen Elizabeth at Windsor Castle. The royal couple even attended the queen’s Plantium Jubliee with their two children, Archie and Lilibet.

To say we’re shocked by this report would be an understatement.