We can’t stop staring at the stunning photos from Queen Elizabeth’s funeral. Everything from the flowers to the fashion was planned to a T, and it marked the beginning of the U.K.’s next chapter with King Charles III.

Prince William and Kate Middleton’s oldest children, Prince George (9) and Princess Charlotte (7), were two of the few children who attended the queen’s funeral. (Even their 4-year-old brother, Prince Louis, stayed at home.) Photographers captured pictures of the royal siblings, and the images offer a rare glimpse into their close-knit relationship.

Keep reading for 12 must-see photos of Prince George and Princess Charlotte from the queen’s funeral. 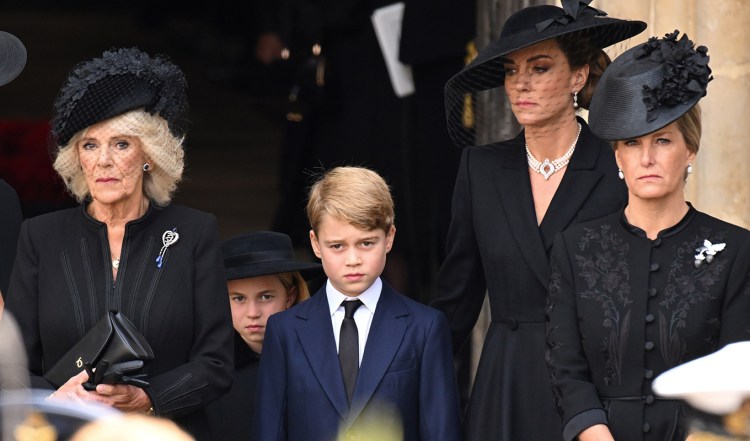 The future King of England stood front and center. 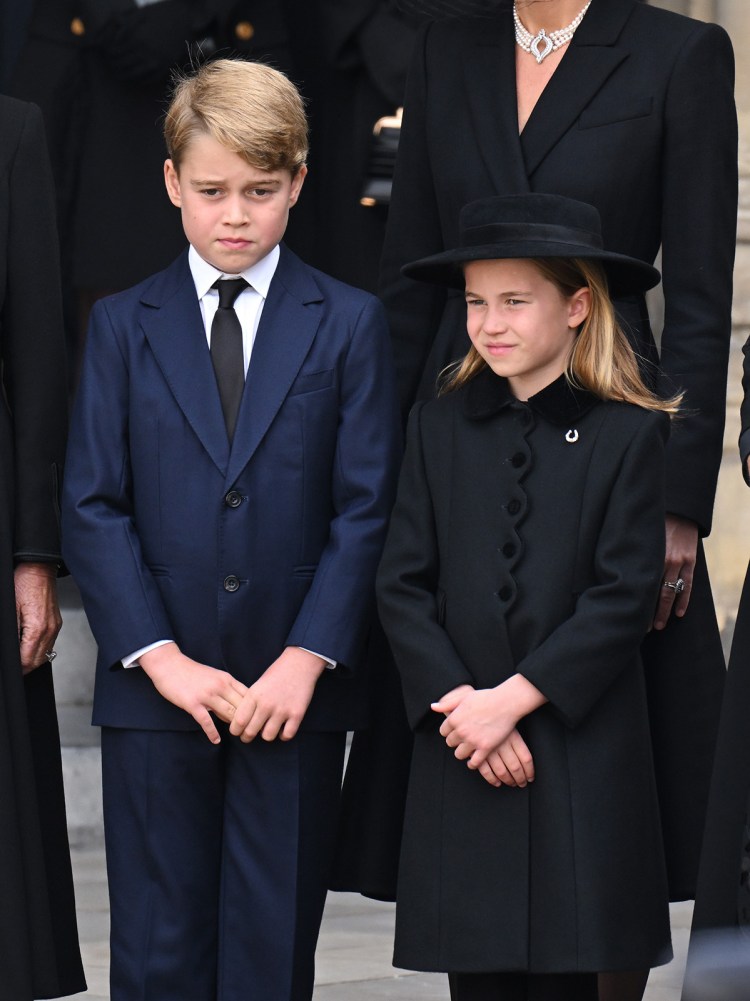 They looked like miniature versions of Prince William and Middleton. 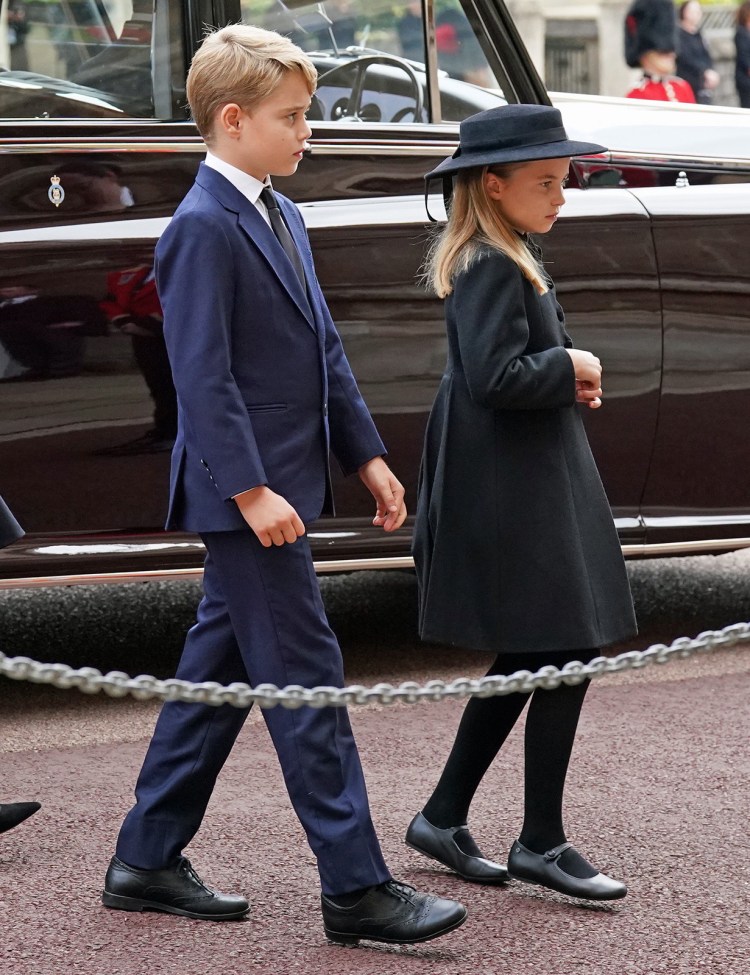 Leave it to Middleton to impeccably dress her kids for the occasion. 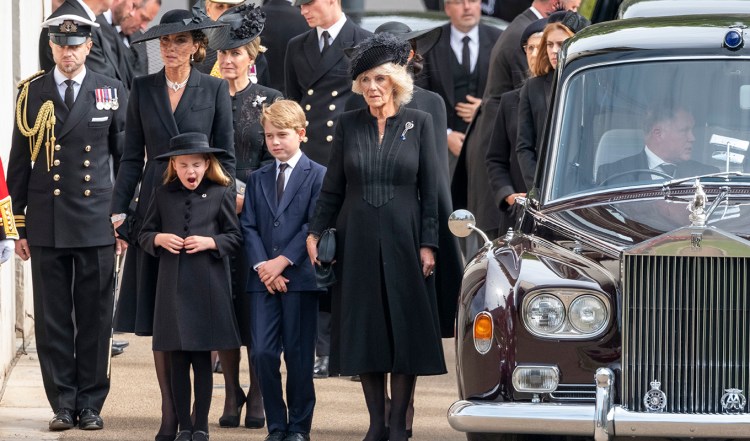 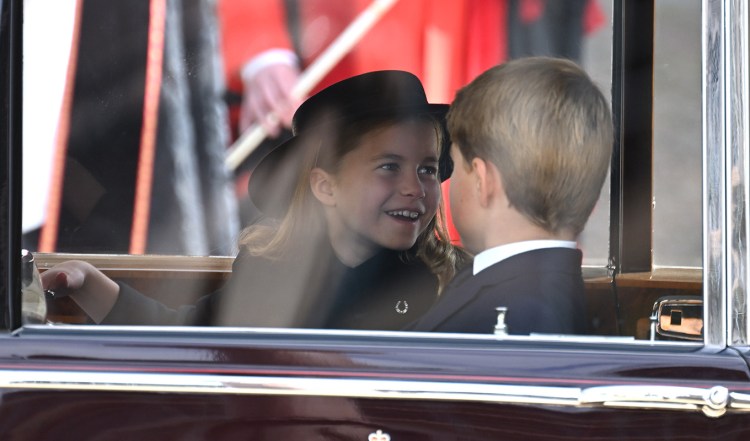 In the car, Princess Charlotte tried to lighten the mood. 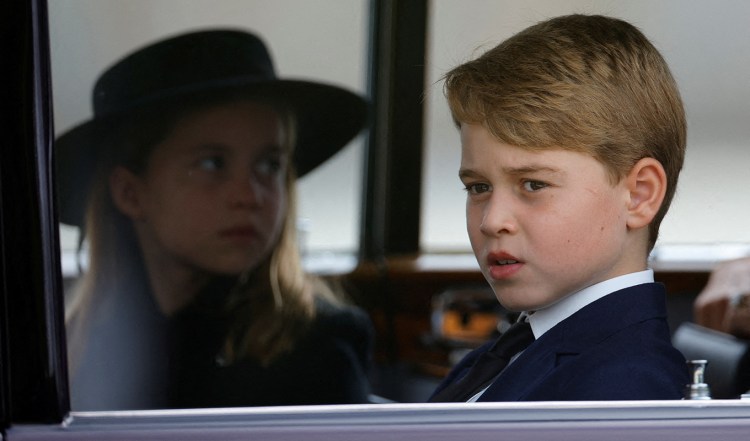 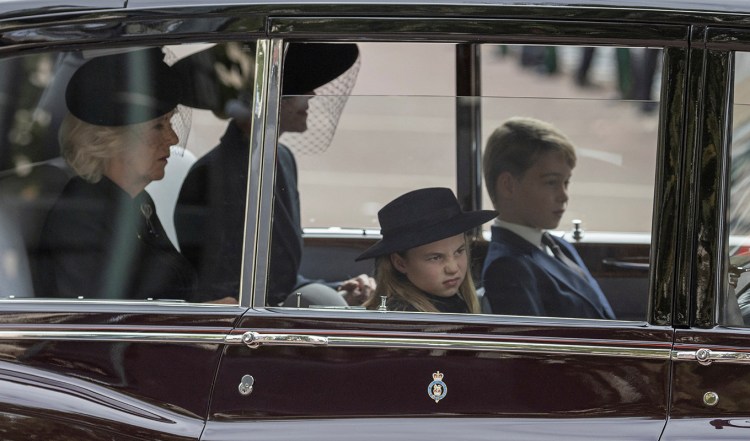 Of course, Princess Charlotte performed one of her iconic silly facial expressions. 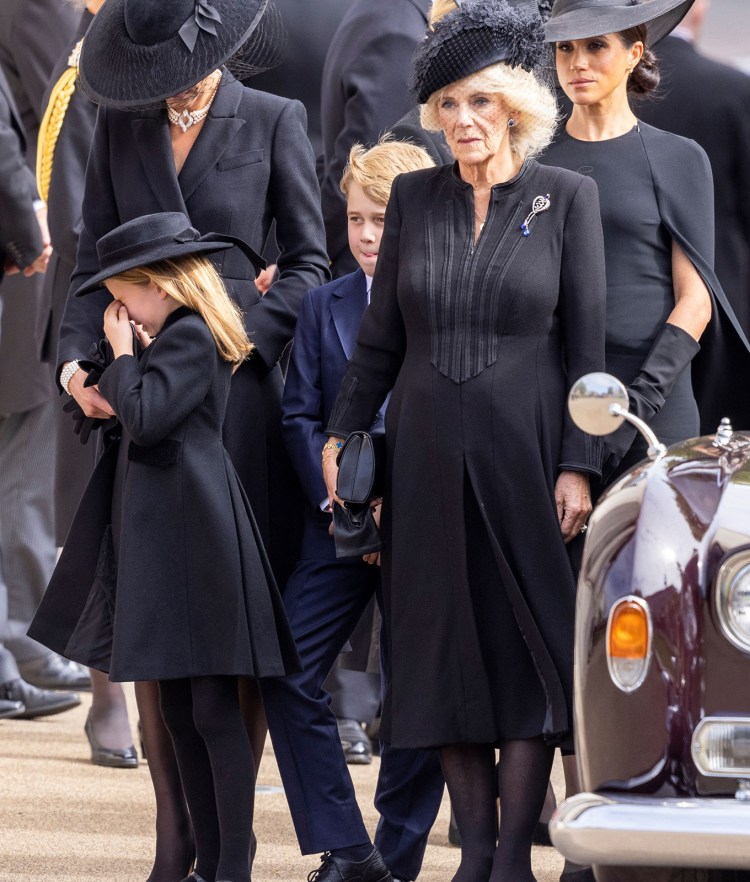 But she also showed some emotion. 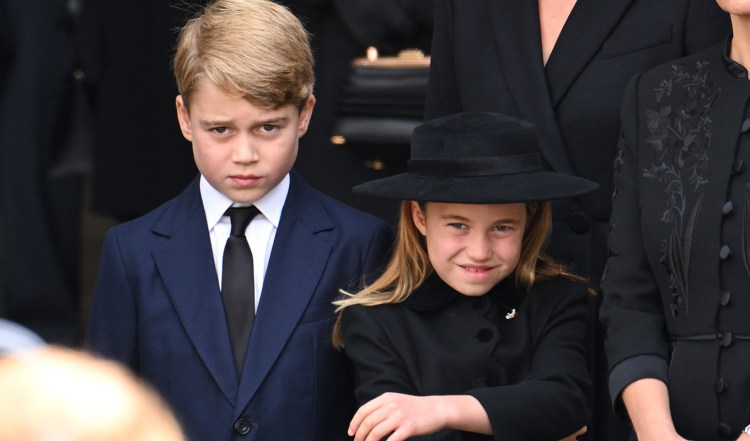 She even struck a pose. 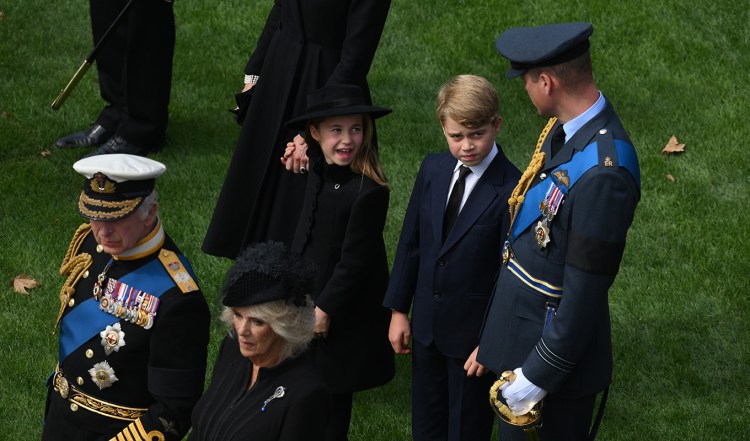 When Princess Charlotte saw her dad, she couldn’t contain her excitement. Alas, a familiar face. 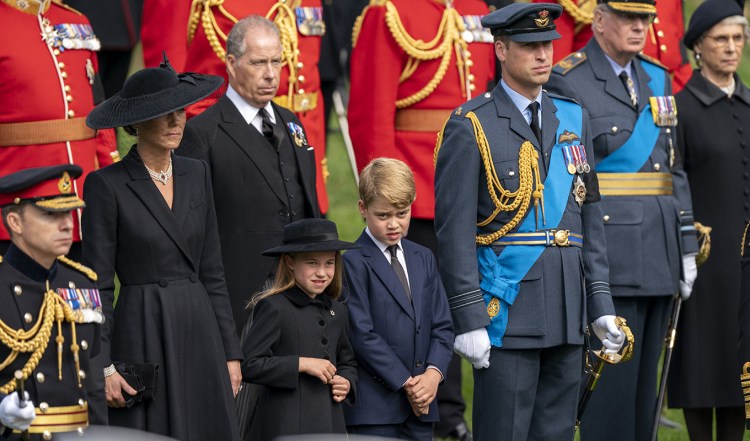 “Quit fidgeting, Charlotte. Everyone is staring at us.” — Prince George, probably 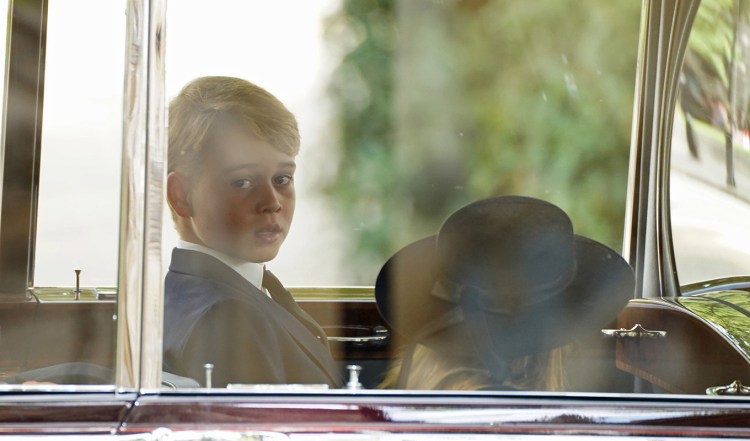 And that’s a wrap, folks.