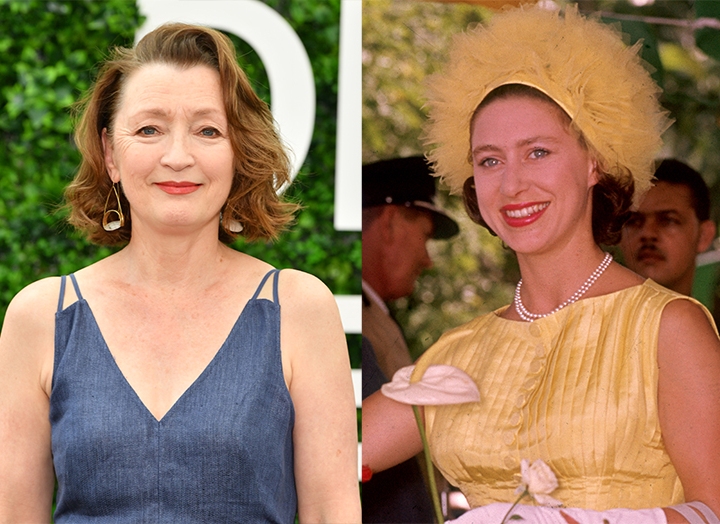 Today, Netflix announced that Lesley Manville will play the iconic character in the fifth (and final) season of The Crown. You might recognize the British actress, 64, from Phantom Thread, Mum, Ordinary Love and Another Year.

The Crown season five will take place in the ’90s and early ’00s. The role of Princess Margaret was previously played by Vanessa Kirby (seasons one and two), followed by Carter (seasons three and four).

In a statement, Manville revealed that she couldn’t be more thrilled to bring the character to life. “I could not be happier to be playing Princess Margaret. The baton is being passed on from two formidable actresses and I really don’t want to let the side down,” she said. “Furthermore, to play siblings with my dear friend Imelda Staunton will be nothing short of a complete joy.”

Manville is referring to Downton Abbey star Imelda Staunton, who will portray Queen Elizabeth II in season five. (The role was previously played by Claire Foy and Olivia Colman.)

The Crown tells the story of the British royal family, spanning from the ’40s until the ’00s. The time jump forced Netflix to hire different actors every few seasons, so the characters could naturally age as the story line progressed.

The Crown season five is expected to premiere sometime in 2022 though, so don’t hold your breath.

‘Baby-Sitters Club,’ ‘Kissing Booth 2’ & Everything Else Coming to Netflix in July 2020