Everything to Know About the ‘Knives Out’ Sequel (Oh, and ICYMI: Kate Hudson Just Joined the Cast)

We learned last month that we are being blessed with not one, but two follow-ups to the popular film Knives Out, with the hit movie being developed into a blockbuster franchise by Netflix. And now, we received some exciting casting details on the first highly anticipated sequel.

Keep reading for everything we know. 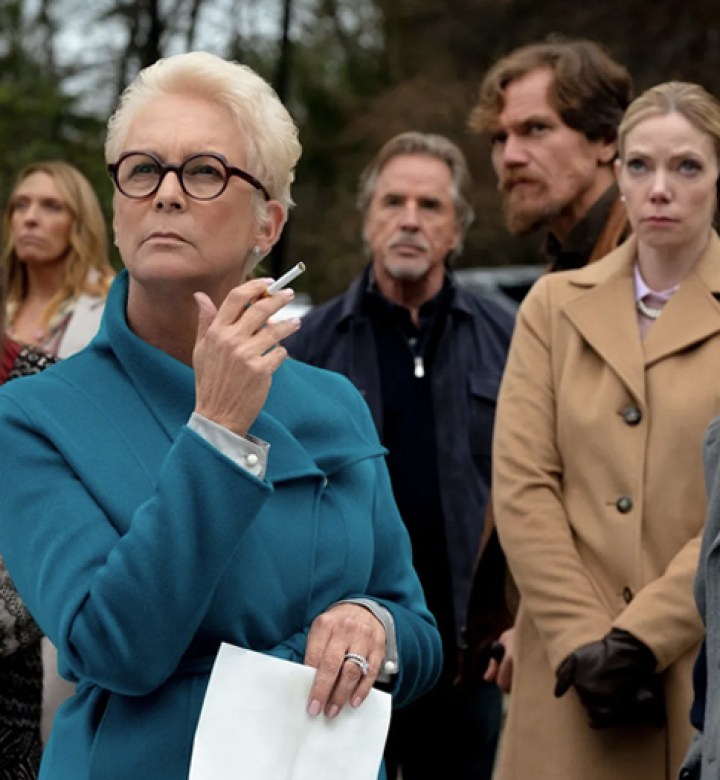 Released in 2019, the popular murder mystery film follows a detective trying to uncover the secrets of a family whose patriarch passed away. Lionsgate’s official synopsis reads, “The circumstances surrounding the death of crime novelist Harlan Thrombey are mysterious, but there's one thing that renowned Detective Benoit Blanc knows for sure—everyone in the wildly dysfunctional Thrombey family is a suspect. Now, Blanc must sift through a web of lies and red herrings to uncover the truth.”

2. What will the sequel be about?

While we know there will be a sequel (two actually), we’ve yet to receive any details about the film’s plot, other than the fact that it will take place in Europe. Per writer and director Rian Johnson, it appears the sequel will not focus on the dysfunctional Thrombey family that we got to know in the original. “Think of it just like another Hercule Poirot novel from Agatha Christie, so a whole new location, whole new cast,” he told The Hollywood Reporter in February 2020. Johnson will return to write, direct and produce the upcoming sequel.

While it doesn’t seem likely that the full cast will be returning, Daniel Craig will reprise his role as Detective Benoit Blanc. And according to new reports, the film will feature lots of high-profile additions to its cast, including Janelle Monáe (Moonlight), Dave Bautista (Guardians of the Galaxy), Edward Norton (Fight Club), Leslie Odom Jr. (One Night in Miami...) and Wanda Vision’s Kathryn Han. And just this week, the cast gained perhaps its biggest star yet: Kate Hudson.

4. When will it be released?

As of right now, we have no idea. However, we do know that filming is set to begin in Greece at the beginning of June. Per Bustle, the first film only took three months to shoot and was released ten months later in September 2019. However, we’re not counting on things to move as quickly this time around, considering the coronavirus has already delayed quite a few projects.

One thing we do know is that when it does premiere, it will live on Netflix. In April, we learned that the streaming service signed a deal to acquire both sequels to the popular 2019 movie. Not to mention, it purchased the rights for a whopping $469 million.

RELATED Everyone’s Talking About Chris Evans’s ‘Knives Out’ Sweater. Here’s What You Need to Know