Kelly Ripa isn't just a mother and a baker, but it turns out she's a runner too.

The 51-year-old talk show host shared a selfie early this morning that featured her and her hubby, Mark Consuelos, after having just run the Big House 5k at the University of Michigan. In the photo, the couple is both bundled up in beanies and outerwear, with Michigan-themed medals dangling from their necks. Ripa jokingly captioned the photo, “Two incredibly average runners. One Big House!! #bighouse5k.”

The pair's youngest child, Joaquin, 19, is currently a student at the University of Michigan, where he is a part of the wrestling team. And it seems his parents decided to make a trip to the campus to show their support for their son and get a run in along the way.

Fellow celebs cheered on the couple from the comments, like Bethenny Frankel, who said, “YAY,” and Holly Robinson Peete who commented, “Impressive! #favecouple.”

Consuelos also shared the same photo to his Instagram and said, “Fantastic time at the Big House 5k w/ my fave.” However, he was teased in the comments by their eldest son, Michael, 24, who said, “Invite me to the next one. I’ll smoke you both.”

However, Ripa quickly followed this up by saying, “Just kidding. We never do that. But we did it today!” She added, “We were respectable, we were not embarrassing. I mean...not more-so than we normally are.”

Ripa also posted a series of photos to her Story, including a snap that was taken prior to the run. She captioned it, “Pre run sun @instasuelos.” 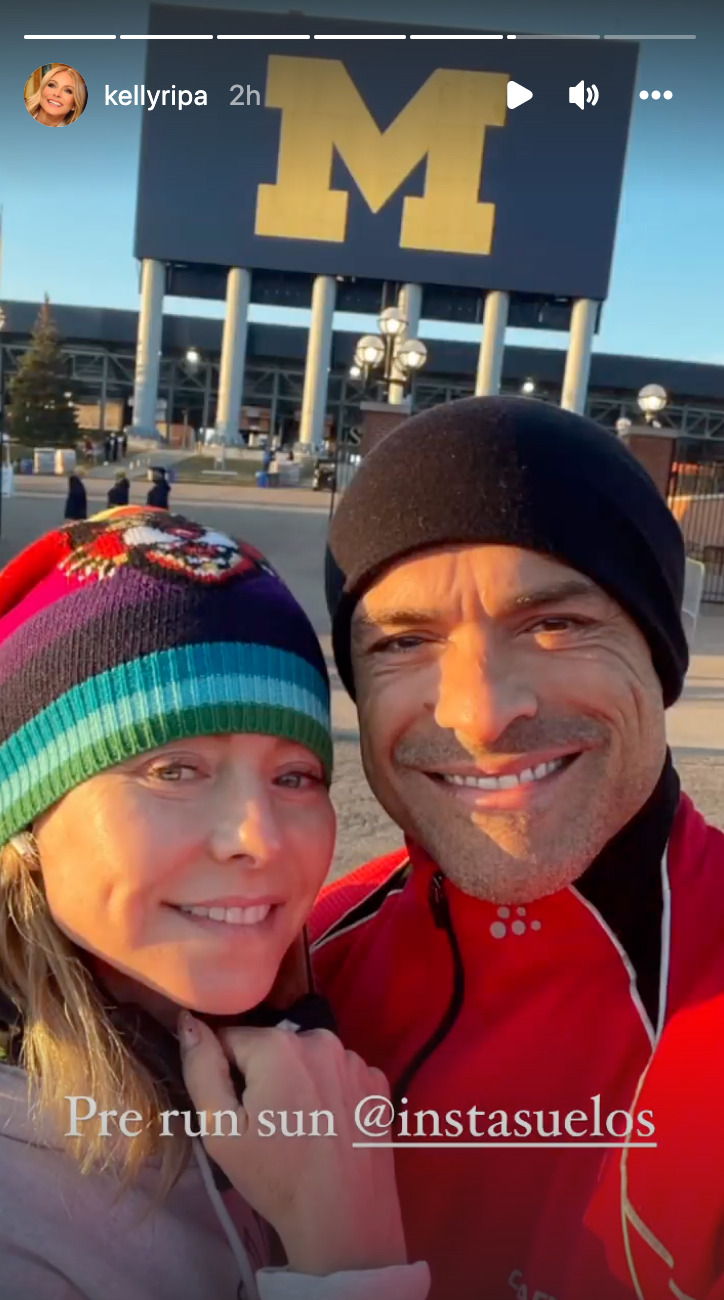 Congrats on a run well done, Kelly and Mark!