It’s official—we’re on the hunt for a red coat. And it’s all thanks to Kate Middleton who inspired us with her latest royal engagement ensemble.

On Tuesday, Kate Middleton (along with her husband Prince William) paid a visit to London to view the final results of one of her biggest projects to date—Hold Still, a photography exhibition which aims to reflect the feelings of everyone across the United Kingdom amid the current coronavirus pandemic.

During the event, the Duke and Duchess of Cambridge met some of the 100 finalists including Hackey Food Hub volunteer Sami Massalami Mohammed Elmassalami Ayed and oncology pharmacist Joyce Duah.

For the occasion, the 38-year-old royal wore a stunning red coat by Alexander McQueen—one of her go-to brands and the label behind her royal wedding dress. She accompanied the look with a pair of black pumps, gold hoop earrings and a handbag from Grace Han. Of course, she also took the proper precautions when necessary and sported her Amaia London face mask. 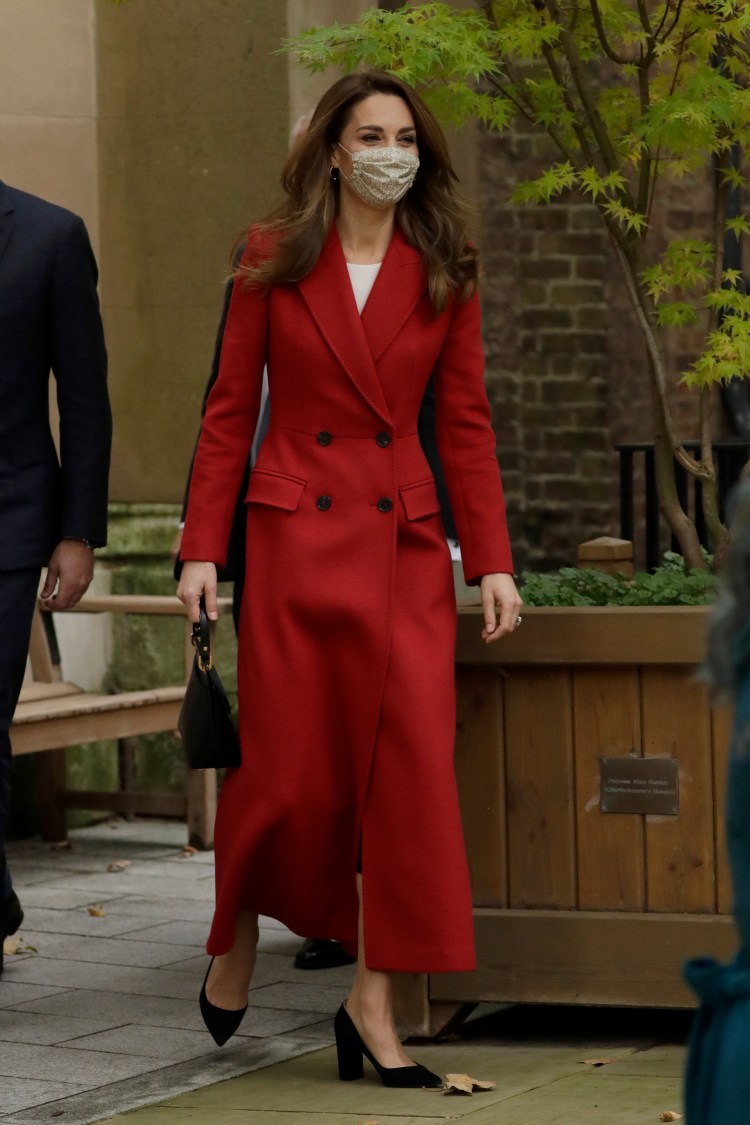 We’re not surprised that the mother-of-three decided to wear her best for the outing, considering she’s been working with the National Portrait Gallery on the heartfelt project for over six months.

In September, Middleton announced the release of the online exhibition, for which she helped to select 100 finalists from 31,000 entries. And starting today, a variety of the photographs will appear on billboards, train stations and bus stops around the country for the next four weeks. Later this month, the photos will also be featured in a special exhibition hosted by the National Memorial Arboretum in Staffordshire.

We can’t wait to see what Kate pulls out of her closet for that one.